For the past couple of months, I’ve only been able to get out posts on a biweekly basis because my graduate school load was fairly heavy.  But things have eased up a bit for now and I’m hoping that I can get back on a weekly schedule since there are so many awesome projects that deserve their own feature on this platform.  But, for now, this week’s featured project is Digital Matatus, a collaborative mapping project between University of Nairobi‘s C4D Lab, Columbia University’s Center for Sustainable Urban Development, MIT’s Civic Data Design Lab, and Groupshot.

Anyone who has spent a significant amount of time in a major African city knows how key the informal transit network is.  Whether it’s kombis in Durban, molues or danfos in Lagos, informal modes of transportation are easily the cheapest and most effective ways of getting around the city of your choice.  The problem with these networks is that it requires a lot of insider knowledge.  Routes, rates, hand signals, and etiquette are all things that have to be passed on to you from someone else in order to get to and from where you need to go.  In a lot of ways, this system can come across as chaotic, unruly, and impossible to tame.  Matatus are the minibus taxis that crisscross through Nairobi daily.  Arguably, the city is dependent on this mode of transportation, as most people get to and from work on these minibuses.  The problem with this system is its informality, with changing routes, delays, and fee shifts wrecking havoc on not only the passengers, but also the Nairobi government.

Digital Matatus was launched in an effort to address some of these shortcomings, according to Sarah Williams, a project director from MIT’s Civic Data Design Lab, “exposing that the city really does have a system and that the government should recognize that system and hope to regulate it.”  Jacqueline Klopp, a scholar at the Center for Sustainable Development, echoed Williams’ statement, recognizing “that if there was going to be any kind of improvement of this system in Nairobi, then people would need to be able to see it and visualize it and speak about it as a system.”  Local people were central to this project from its inception, with the project directors sending out volunteers on the matatus armed with cell phones and GPS devices to map out the city’s informal routes.  Since Nairobi residents were the ones who would benefit from this system the most, it only made sense that this project was a true representation of development-from-below. 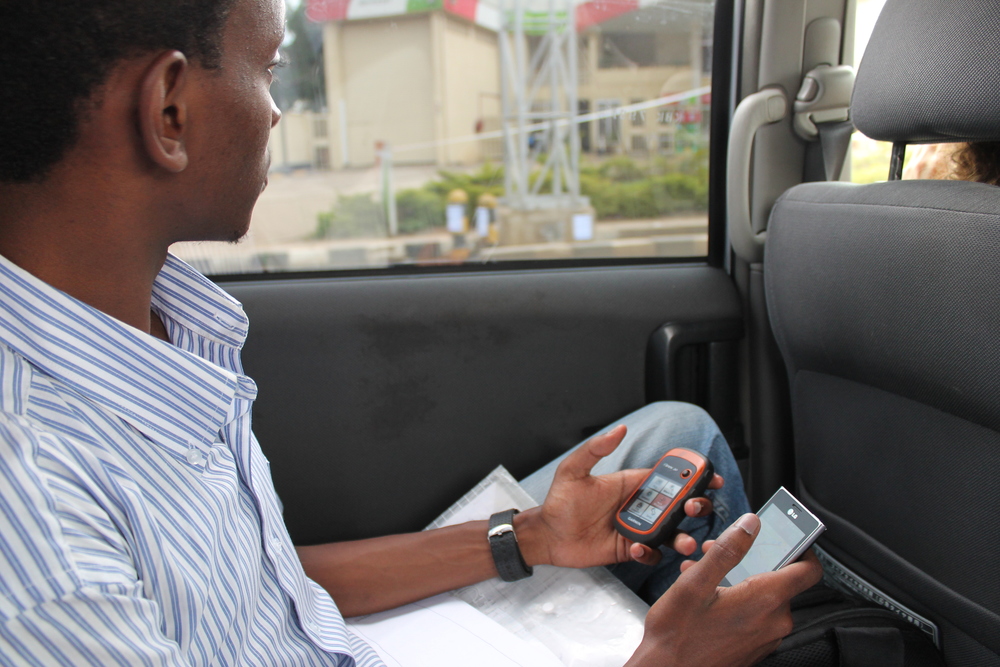 On The Atlantic’s City Lab blog, Sarah Williams, director of the Civic Data Design Lab, spoke to the importance of this project in utilizing technology for real social benefit.

When the government does not step in, these informal economies are developed to meet a certain need that the government should be taking care of.  That’s exactly what’s happened here. And it’s fascinating to see, because it’s totally driven by need.

Early last year, these routes were used in efforts to fundamentally restructure the informal transit system in Nairobi, utilizing this knowledge and the digital technologies that created it to design more effective routes and provide better information on routes to citizens.  You can see the fruits of their labor above and on their site.  The GIS data for this project is available on this site, meaning that researchers can access and utilize this data for their own purposes.  Someone has already begun trying to utilize GoogleMaps to map out the matatu routes.  Using the files available on the site,I created an interactive version of this map using ArcGIS.  You can access this map by clicking on the image below.

The data generated in this project has already been used by some to improve the experience of matatu riders, with some developers using this project as a launchpad for crowdsourcing data on accidents and crime, while others have developed a mobile payment system that calculates the correct payment for a rider’s trip to combat price fluctuations.  And, really, this project is about more than just a single map.  In a piece written for The Guardian, Klopp insisted that

To us the data and map are not ends in themselves; they should be powerful ways to spur advocacy and support better-informed public dialogue and planning. This is a necessary step towards better public transit, which is critical to building better cities.

In this perspective, this project is just a stepping stone to utilizing digital technologies to improve the daily lives of citizens around the world, not just in Nairobi.  And it shows the potential for using African participants to devise solutions to real problems that require innovative solutions.

So that the victims do not die a second time

To put an end to general indifference about the 25 years of political violence in DR Congo, filmmaker Thierry Michel chooses to show the worst atrocities and to name the war criminals.

Memories are to be shared

It will have to be the Algerian diaspora inside France who will eventually have to mainstream the truth of France’s colonial legacy.

The structural adjustment of education

Why the COVID-19 pandemic is the easy culprit of the global learning crisis—and why that is only half of the story.