In the days leading up to the grand jury decisions in the separate murders of Mike Brown in Ferguson, MO, and Eric Garner in Staten Island, there was a certain tension that I felt brewing walking around New York City. There were a few people speaking in hushed tones here, a couple of Facebook statuses there, anticipating the inevitable.

As a black person, who watched from beginning to end, the process of the Trayvon Martin case, I thought to myself, this feels awfully familiar. But I tried to reassure myself. Surely, there was enough evidence to proceed to a trial, right? An 18 year-old boy is dead under very suspicious circumstances. At least, give us a damn trial. But, just like the Trayvon Martin case, America told us that black lives don’t matter. Now, a solid week after a grand jury decided not to give the American people a trial yet again (in the Garner choke case), I still feel hollow. There were no guessing, no conflicting accounts. It was right there on videotape. An illegal maneuver was used on a man who was pleading for his life from the very same people who were supposed to protect and serve him. And yet, because it was a black life, it did not matter.

You will get shot, lynched, beaten up, enslaved, whipped, and vilified for life and that is the norm. Why on earth would the justice system consider differently? Time and time again the system has thumbed its nose at black death, knowing that there will be no consequence, no retribution for these actions. Well, enough is enough. The time is now. America needs a revolution.

I walked with hundreds of young people, up in Harlem, on 125th street all the way up the Willis Bridge heading up to the Bronx. People chanted “Hands Up, Don’t Shoot!” while police officers followed us, their blue and white lights flashing, gripping their nightsticks, looking around nervously. We sat down, with our hands up, daring them to move us, and even the people in their cars showed their support by blaring their horns and pumping their fists, with smiles on their faces. I looked around and realized the power people hold in their hands. The power to bring a New York City bridge to gridlock and make people take notice of a disadvantaged people that have been murdered in this country for far too long. 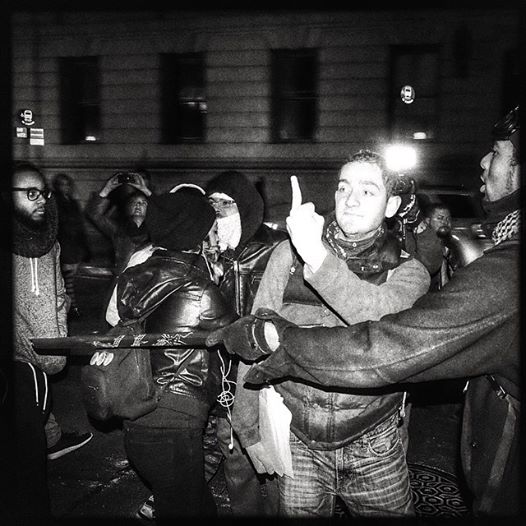 Then I marched again, on the West Side High way, all the way to Times Square and Grand Central Station after the grand jury failed to indict Eric Garner. But this time, I felt weak, and insignificant. We blocked traffic for a while, but how long would that last? We were merely an inconvenience. An inconvenience that would quickly fade away. A group of men I walked by in their power suits laughed and mocked us. Some officers were chuckling and one asked, “Is this it?” I wanted to tell that officer and others, that no, this was not it. That there will be die-ins, and boycotts and more marches and more protests to come. I wanted to tell him that a revolution was coming. A revolution that America desperately needs.

Pay no mind to the naysayers, denouncing people for being brave and walking the streets. There are those that want to keep the status quo, and make you believe that America’s flaws are small and that we should be content with what we have now. Never mind them. And do not let your fire wane in the coming weeks because other news will happen, and the trendiness of #ferguson and #blacklivesmatter and #Icantbreathe will soon give way to the holidays, some sport event or some celebrity’s antics. Keep fighting and keep protesting. 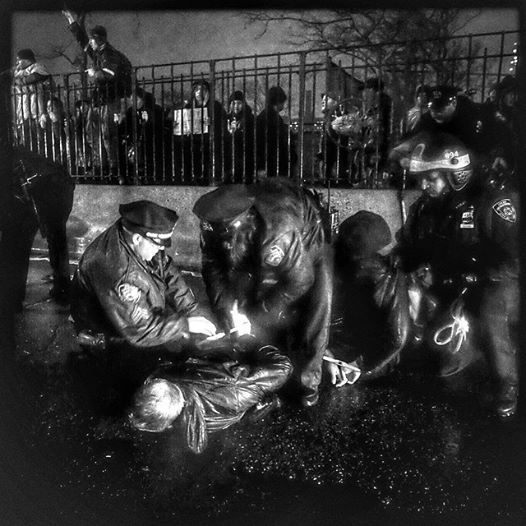 Hit them where it will hurt them most. Economically. Real change comes when one can make money, or lose money. Doing this will mean taking drastic measures, like giving up public transportation. And yes, that would make things difficult and it would be a terrible inconvenience. But revolutions were never easy. If you want real change, we can no longer ask for it. We have to take it. Could you imagine what would happen if even half of New Yorkers decided not take the subway for just one day? It would show America that we do not want to live in a society that castigates and kills a population so disproportionately. Even if you are not a member of the black population, this systemic evil will only come back to demean you. And do not be so quick to vilify those in Ferguson that are protesting in the most extreme actions. Is looting wrong? Yes. Is rioting wrong? Yes. But this the reaction to systemic violence that has been waged against black people in America for centuries and it was only after the riots in Ferguson that people took notice. America has a history… no, a tradition of violence, starting from the Boston Tea Party to now. People will try to demonize them and let that takeaway from the real issue at hand. Pay them no mind, because America needs a revolution.

So rebel. Fight the oppressive, racist system that aims to subvert those who dare rise up. Do it in your own way. Social media does matter, if that is your way of protest. Walk the streets, put up posters and disrupt the social norms, if that is your way of protest. Sign petitions, stand in front of your congressman’s or senator’s or prosecutor’s office and demand change. Boycott and strike, because they only really care once their wallets starts to shrink. I write, because that is my form of protest and I will not stop even in the face of ridicule and adversity. I write for Mike Brown, Trayvon, Diallo, Sean Bell, Jordan Crawford, Ezell Ford, Eric Garner, Oscar Grant, Tamir Rice, Akai Gurley, Rumain Brisbon and anyone else who has become a casualty of this shameful, lethal tradition of ours. Protest and fight. Change the injustice that surrounds us. The time is now. America needs a revolution. 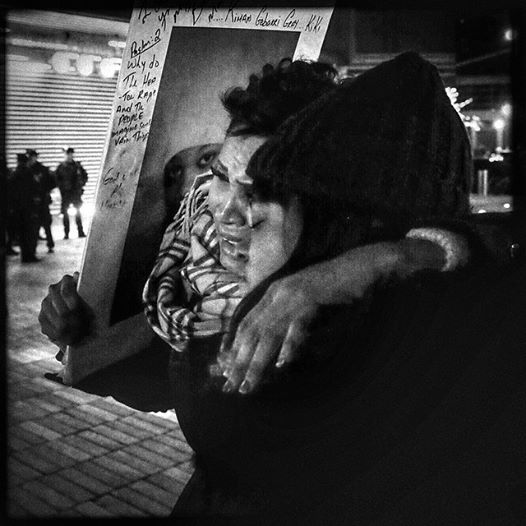