Lagos is known for being an assault to the senses: Swarms of bright yellow danfos maneuver stridently through lanes, and in a manner not quite unlike bumblebees — carrying a weight that seems optimistic at best. Dust often cakes the skin, but is streaked by drips of perspiration, courtesy of the blaring sun overhead. An ever-increasing soundtrack of voices booms in the background, emitting from seemingly every direction and without a recognizable source. Ever oscillating between exuberance and excess, the city is described as cacophony of sights and sounds—varying in levels of logic and function, always full of movement and energy.

Yet, in Logo Oluwamuyiwa’s ongoing project Monochrome Lagos (2013—), we encounter a Lagos that is rendered quite differently. A resistant body of work, Monochrome Lagos presents an alternative visual vocabulary through which to comprehend this city — one that strips Lagos down to its component parts, as an encounter between the individual and the built environment. Limiting his palette to black and white, Oluwamuyiwa presents high-contrast images that demonstrate a close attention to line and architectural forms. A rumination on presence and absence, Monochrome Lagos muffles the sensorial tropes of Lagos, bringing to the fore the spaces wherein once can find solace within the city. 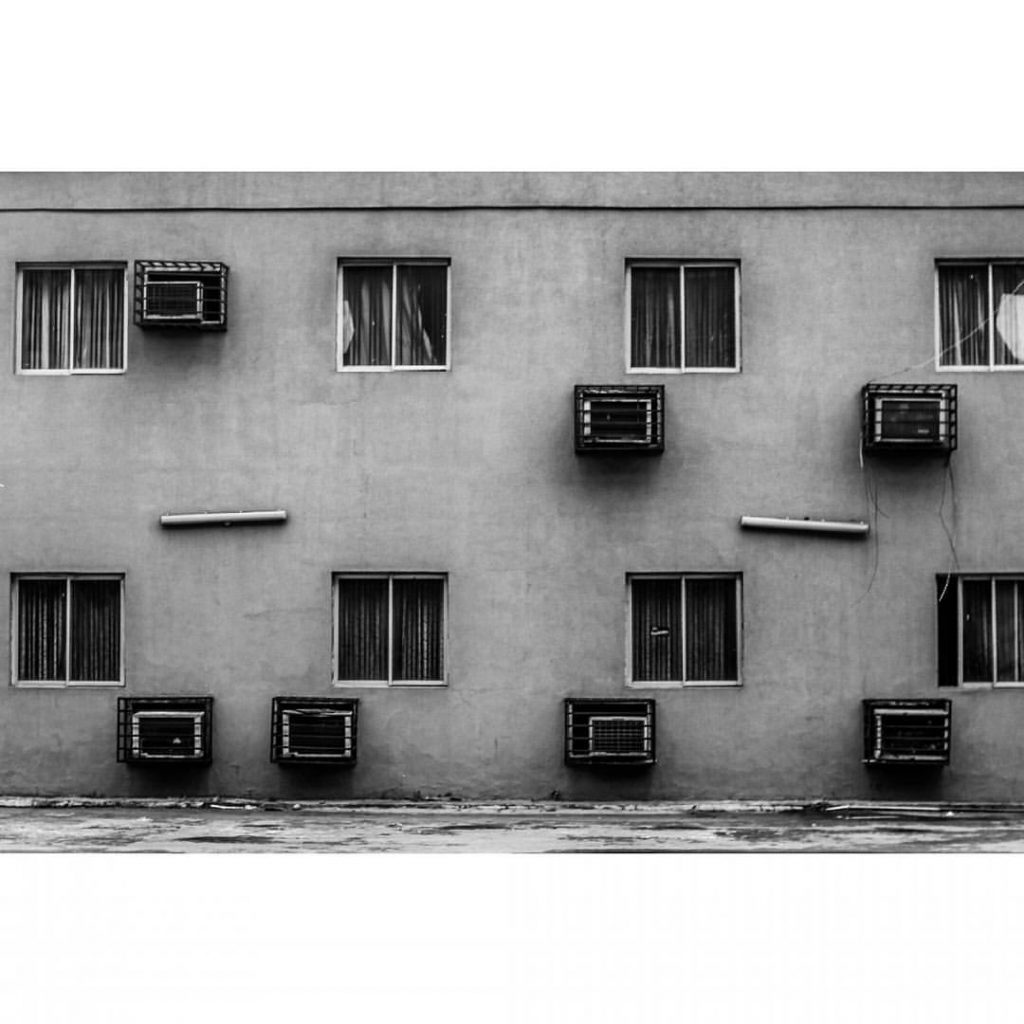 Drawing on a photographic lineage of documentary and street photographers such as Robert Frank, Gary Winogrand, and fellow Nigerian J.D. Okhai Ojeikere, Monochrome Lagos attests not only to the individual narratives of Lagos’s inhabitants, but also Oluwamuyiwa’s own artistic development within the medium. From the outset, one can envision this photographer as a flâneur of the digital age, presenting an intuitive cartographic study with an ever-heightening attention to light, line and form. Rather than proposing a block-by-block visual analysis of the cityscape, Oluwamuyiwa embraces the complexities and inconsistencies of Lagos, and often perched on the back edges of buses, captures mundane objects and quotidian interactions from a quasi-aerial perspective.

While a critical mass of images seems to accrue around the architectural structures of the Third Mainland bridge, Oluwamuyiwa attests to the psychological meaning of the bridge solidifying its central position in his work, not only its function as the connection between Lagos’s Victoria Island and mainland. Also featuring images that abstract the various texts (signs, advertisements, logos, etc…) of the city, Monochrome Lagos, hints at a dialogue between word and image that could re-envision the working structures of the photo-essay. 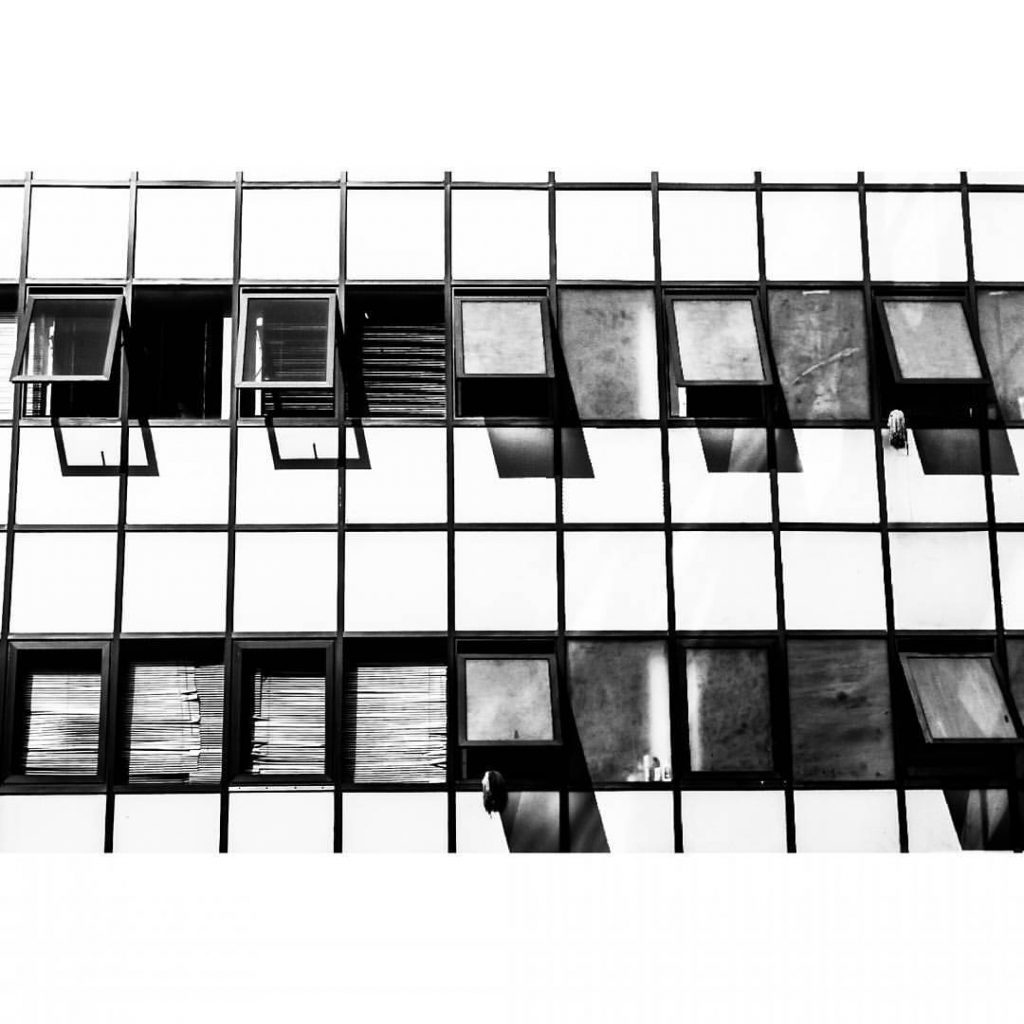 Perhaps the only element of this project that confirms to reigning expectations of Lagos is the tremendous number of narratives it represents—to date it includes more than 200 photographs. Yet, because Oluwamuyiwa frames this project as simultaneously a digital archive and poetic process, such numbers seem well suited to its location on platforms like Instagram and Tumblr. This decision also positions Monochrome Lagos quite uniquely: its aesthetic treatment of mundane objects as social sculptures is reminiscent of fine art photographer Edson Chagas’ “Found Not Taken” series in Luanda, yet its unifying mission also brings to mind Fati Abubakar’s viral Bits of Borno Instagram project. In a recent conversation with Tate curator Shoair Mavlian, Oluwamuyiwa spoke to the importance of Monochrome Lagos’s photographic lineage and social impact online. He stated, “the urban space is inexhaustible in its narratives” — a sentiment one can undoubtedly perceive through every image in this series, as well as its collective bearing on larger visual discourses of Lagos. 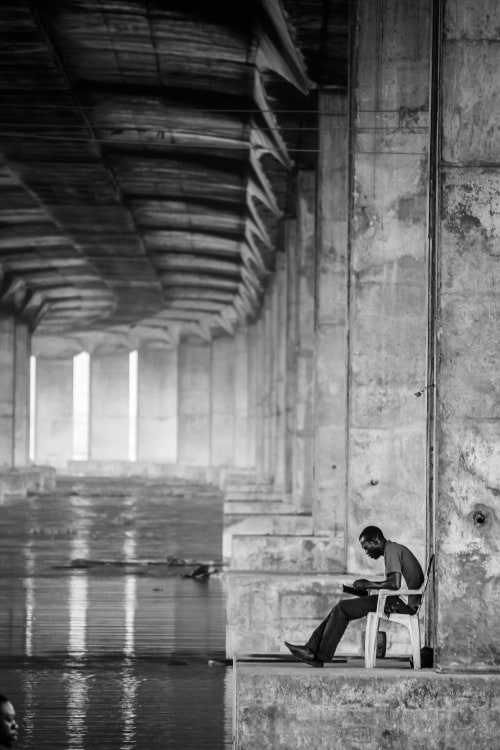