The news broke across international media late on 19 January 2020: Isabel dos Santos’s fortune appears to largely be a result of decades of looting facilitated by management consultant companies and other international enablers. The Guardian, The New York Times, Le Monde and Expresso among others published reports from the International Consortium for Investigative Journalism’s “LuandaLeaks.” The LuandaLeaks draw from an impressive 715,000 documents that were sent to the Paris-based Platform to Protect Whistleblowers in Africa. Dozens of journalists and researchers across multiple media organizations worked for months to analyze the information in order to expose the vast transnational looting of Angola’s wealth.

As with the Mozambican debt scandal, which was enabled by the collusion of Mozambican state officials with bankers at Credit Suisse among others, the articles emphasize what many already know: “African corruption” is only African as regards its victims, its perpetrators are  institutions and individuals from across the globe who are willing to loot without conscience as they watch their offshore accounts grow. At this point, PwC, Boston Consulting and the other consulting management companies mentioned in LuandaLeaks should surely be calling their public relations office, but the truth is, given how much money they have made, they probably don’t care.

Perhaps the most frustrating part of all of this, however, is that the world knew. Rafael Marques de Morais, Angola’s most well-known investigative journalist and anti-corruption activist has been reporting not only on Isabel dos Santos’s financial activities, but the rest of the Dos Santos family, via his news site MakaAngola for years. While winning multiple awards for his efforts to report in the face of harassment and persecution from the Angolan authorities, most governments and companies obsessed with Angola’s oil wealth and charmed by the Dos Santos family chose to ignore the reports. In fact, rather than pick up the question of corruption, many media outlets and other organizations celebrated Ms Dos Santos’s status as “Africa’s wealthiest woman” commenting on her business acumen (AIAC did not. See articles reporting on Isabel dos Santos for example here and here). 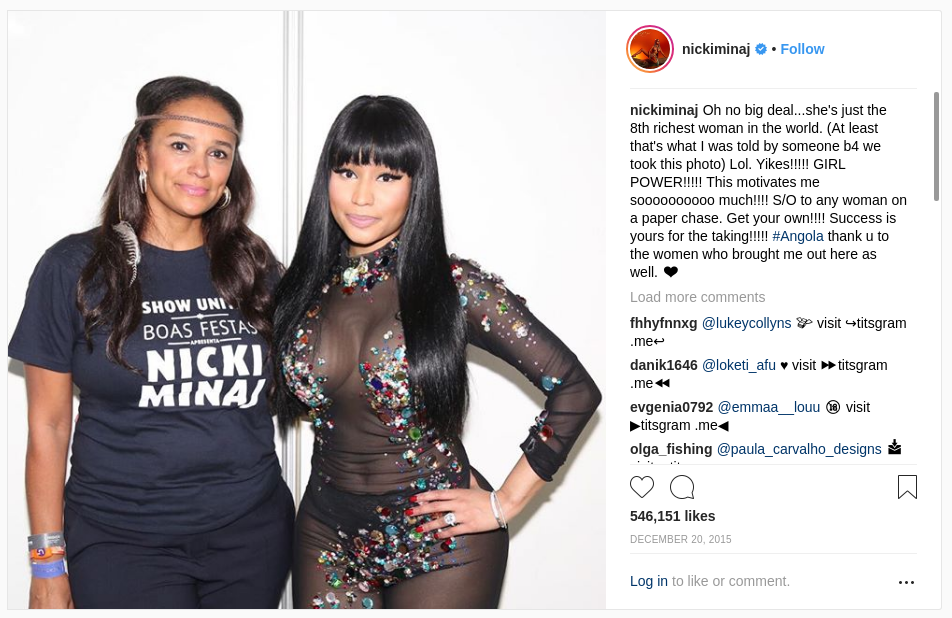 Importantly, what has enabled Dos Santos and others like her, then, are not only dubious consultants, but a plethora of institutions who chose her business image over clear reports of corruption. The Yale Undergraduate Association for African Peace and Development invited her to speak about development on the continent in April 2018. Despite multiple people tweeting them to question the decision, they insisted on keeping her on the program, instead inviting others to engage with her. The problem was that the ones most affected were in Luanda’s poverty-stricken neighborhoods, unable to afford the trip to New Haven to confront the woman who symbolizes the reasons for their situation.

But Yale is not the only culprit. Ms Dos Santos was invited to speak at the ECR Africa Summit in the European Parliament in 2019, Warwick University in 2018, the London Business School in 2017, and at the London School of Economics in 2017. Stretching further back, she spoke at the New York Forum Africa in 2013, and the Global Entrepreneurship Summit in 2014.

By laundering her image, these universities and organizations assisted in presenting her as a legitimate business person. They behaved like there are two sides to the story when it comes to looting, thereby normalizing corruption. They valued Dos Santos’s glamour over the rights of millions of Angolans. As the LuandaLeaks story continues to unfold, one hopes that not only the organizations mentioned, but the others who supported Ms Dos Santos by giving her platforms, might at least sheepishly have some internal conversations about how they engage with the continent. Until international partners can provide clear condemnations of behavior which they would criticize in their own countries, open discussions and relationships of trust are going to be hard to build.

An African Queer in the academy

We do not have to die, become sick or leave the academy to live and be in this space.

The land of the freed people

‘We Slaves of Suriname’ (1934) was the first study of Dutch colonial rule from the perspectives of the people who resisted it. It is has been published in English for the first time.

As coal is dying we must be prepared to absorb the transferable infrastructure of this industry and re-tool it for use in the emerging economy.

Take back the unions for their members

Why South Africa needs to democratize its labor movement.

On this week’s AIAC Podcast: A decade after the Arab Spring, Egypt faces troubled times. Could we see another uprising?

Somalis have enough to worry about. The last thing they need is more war, especially one sponsored by the United States’ War on Terror.

Beja music cannot be beaten by any regime

The Dorpa Band from Port Sudan, a city on the Red Sea coast in eastern Sudan, embodies Beja Culture. Their bandleader, writes what drives their music.