From the day that Boko Haram decided to attack a prison gate in Maiduguri, Borno State, in North East Nigeria, there has been chaos. Boko Haram—literally meaning “western education is forbidden”—has been on a rampage for several years. This terrorist group has successfully destroyed every sector of public life in this region of Nigeria: the economy, through bomb blasts in the markets around Maiduguri; politics, through targeted killing of politicians; the education sector, through kidnappings of students and killing of teachers; and the monarchy and the dynasties, through the killing of traditional leaders. It is has attempted to erase all that it considers ‘un-Islamic’ in its quest to rule.

The state is currently plagued by the turmoil and despair of this reign of terror. The narratives created for us, as a people, are death, devastation and destruction. We are stereotyped as perpetual victims. Indeed, the stories of sadness are true, but what else is out there? As a graduate student studying Public Health in Britain, I obsessively follow the news from back home. It is all the same. My hometown is on fire, literally and figuratively.

Indeed, when I returned home in 2015, Maiduguri was a town under fire but still very much going on with daily life. So, I picked up a camera, out of anger at the representation of the conflict in my community. I knew what I wanted to zoom in on: the resilience of my people. Years of mainstream media coverage had, as expected, focused on our worst times. The sadness. The dead bodies on the street. The destroyed buildings. The rape. The trauma. 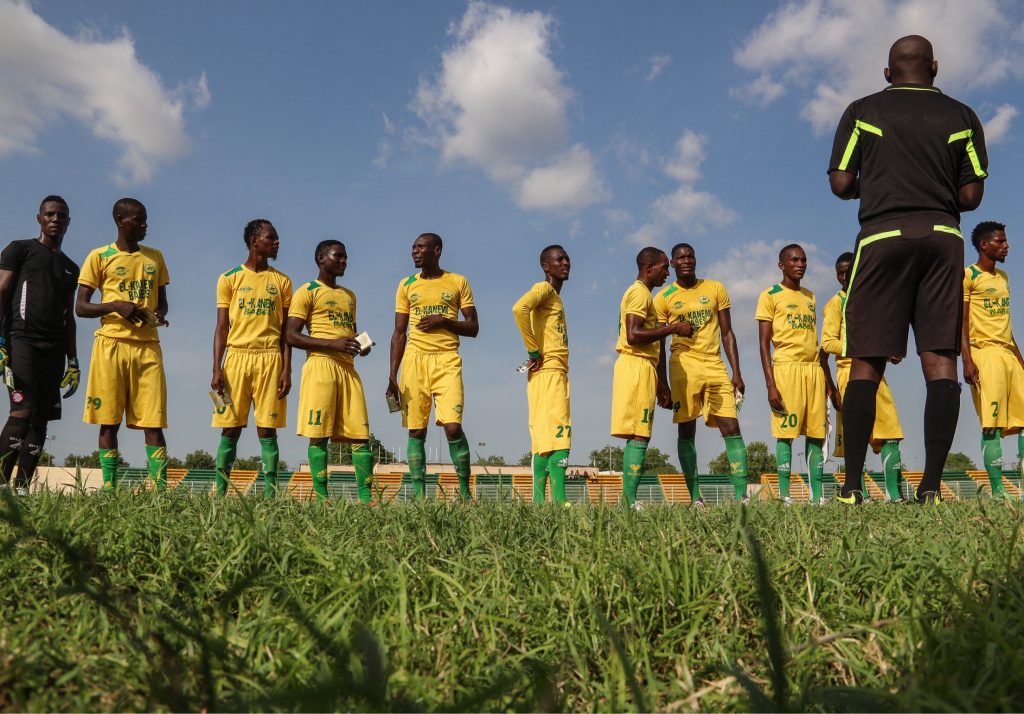 But beyond the headlines, what is exactly happening? After the breaking news, what becomes of the widowed and the orphaned? How are people feeling, coping in this turmoil? I want to know. I also feel that the documentation of African stories by Africans is very important. We needed to capture present day realities of Africa from an array of African lenses.

In my case, Borno is not only losing its people but also its identity and cultures due to the mass displacement of communities. There are perils to that displacement, as we also have to preserve our heritage. I want to document and preserve social practices, festive events, daily tasks and knowledge. My way of doing so is through photography.

I documented everyday stories of my community for two years nonstop. I photographed everything from the impact of the insurgency on our town to the resilience of our people to the social groups within my community. Through visual storytelling I’m able to help people learn more about our cultures and traditions while at the same time archiving our present. Years from now, generations will want to know what happened. 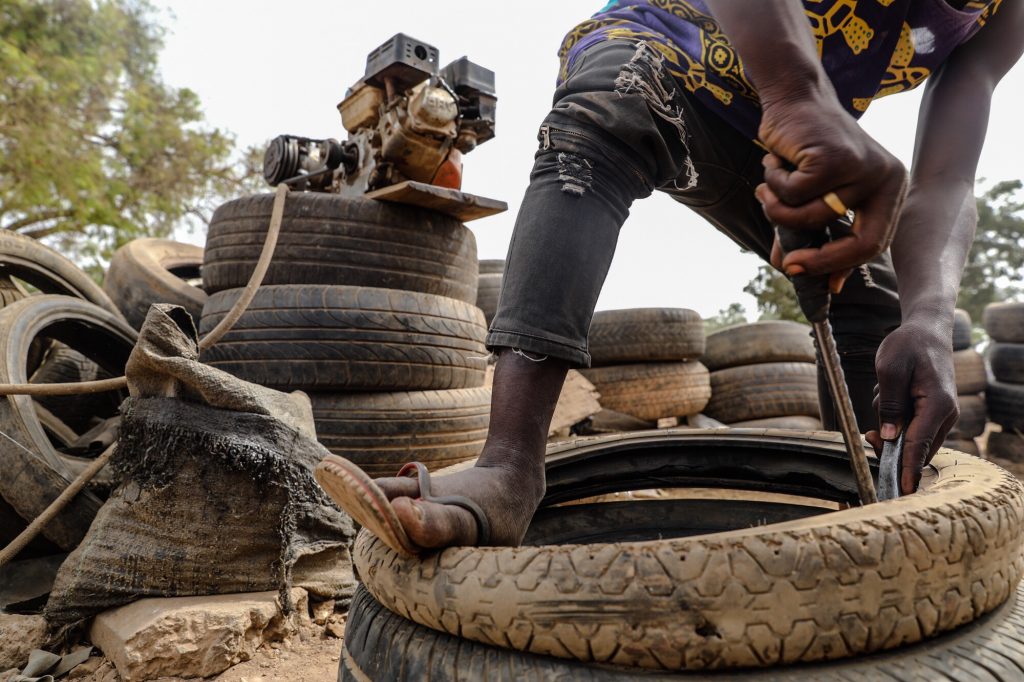 But communities in Borno State are very unpredictable. There is always the threat of a suicide bomber coming to town and killing thousands. We see it happen often. The conditions in which I work are volatile and uncertain. There have cases of suicide bombers entering markets and crowded areas. We have had dozens of incidents in the past year. Despite all of this, I walk around every day photographing communities and taking portraits of people and interviewing them. It is important that people know of our stories of resilience.

I have had to suppress my own fear in order to continue this project. I am constantly being cautioned about the danger of working in a conflict zone, but I believe it is my role to help frame not only how we are perceived but also the true picture of our community. And what do I find? Fashionable youth girls dressed for Eid celebrations. Young men excited to finally start playing football games at the local stadium for the first time in eight years. A local musician singing his hit song for a group of excited graduates from the university that had never closed for a day despite being surrounded by conflict. A herder of cattle roaming across fields even as stories of theft of animals by terrorists abound. A smiling child at a camp oblivious to his surroundings. A wedding. A beautifully adorned bride being photographed as her husband’s friends insisted the photoshoot end because the bride has to be taken to her home before the curfew. A driver who takes thousands out of villages as bullets hit his car. A young man who decided to fight the insurgency. 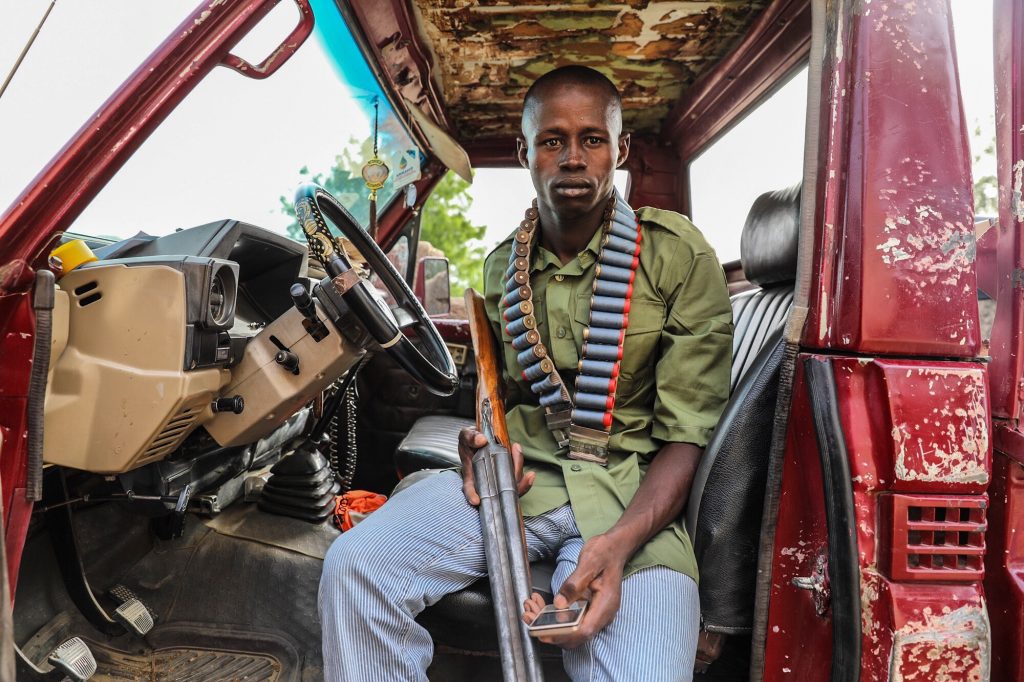 Stories of bravery, courage, sheer strength and beauty are what I find when I see my community through the lens of resilience. The conflict is ongoing, the humanitarian crisis is daunting, our problems still exist. Yet, every day I marvel at how the human spirit is able to endure all this pain and find strength to wake up, get dressed and go to find a way to fight this insurgency or simply to just teach or to go school or to see a counsellor or to eat or to play for the local team.

A 2019 attempt to prolong the regime of Algeria’s incapacitated president Abdelaziz Bouteflika inspired the Hirak protest movement. Bouteflika died on September 17, 2021, but the Hirak marches on around the world

While 282 million Africans go to bed hungry every night

More than 500 indigenous and farmer organizations across the continents have raised their voices to expose the UN’s Food Systems Summit as only advocating one food system—so they’re being silenced.

Amílcar Cabral and the limits of utopianism

Antonio Tomás’ new book on Amilcar Cabral takes us back to the crucible of decolonization and permits us to assess its aspirations and limitations anew.

Even dogs are racist

A vernacular attempt at a social anthropology of dogs across three countries: Nigeria, South Africa and Canada.

Africa Is a Country Radio continues its season focused on African club culture. Our next stop is Johannesburg with South African journalist Sean O’Toole. Listen on Worldwide FM.

A different sort of truth

Mohamedou Ould Slahi’s fiction rebukes the Orientalist images of the Muslim world that provided a rationale for the war on terror.

Every year, around this time, we take a month long break from publishing. We need it.

The leading African writers and creative artists who are reimagining Christian thought and the several Christian-inspired groups who are transforming religious practice.

No two elephants are alike

The July riots in South Africa felt similar to those by Peronists in Argentina in December 2001. But Zuma’s people are moving from a much weaker position.

Sound Sultan, who died of cancer in July 2021, battled with the cankerworm of bad leadership and outright violations of rules of law in his homeland, Nigeria, through his songs.

It’s never just about the music

Vinyl reissues are about engaging in a fight against forgetting much more than music. Gideon Nxumalo and Spirits Rejoice’s music is transcendent of repressive daily conditions.

The exilic geographies of the South

Dugmore Boetie was part of a wave of South African writers who fled Apartheid. His exile and future literary notoriety, however, took a different path to some of the more classic refugee peregrinations.

Kenya’s elites, including the church, use ponzi schemes for predatory accumulation and Kenyans will continue to see their dreams deferred if the law doesn’t change.

Freedom and the struggle for dignity in South Africa

Within a context of spiraling poverty and inequality in South Africa, the lessons of uprisings in the 1980s are well worth revisiting. For millions of people, their socioeconomic demands remain unfulfilled.

Springbok rugby projects itself as progress, but preserves the way things are in the popular consciousness of South Africans.

Israel’s success in getting observer status at the African Union is also a sign of the growing lack of interest among African leaders in the Palestinian issue altogether.