One week ago, one hundred and forty seven/147 young adults met their death at the hands of terrorists in Garissa, Kenya. The number, whether alphabetically or numerically written out, holds no value. It is so arbitrary and trivial, yet it is what most media headlines were fixated on. As the hours went by and the death toll slowed to its final knell, it became even harder to visualize each tallied body as a being unto its own.

When the shock and confusion died down a few days later, fellow Kenyans and I awoke to a deafening silence. Headlines in the West quickly shifted to ‘Terrorist attack raises security questions for Obama’s visit to Kenya.’ On social media my Kenyan friends shared #AfricanLivesMatter and #147notjustanumber, a call to arms to our brothers and sisters around the world, which to our chagrin, was again met by silence. The world had moved on, another bunch of Africans had died — too far away, in a land either too vast or small but either way insignificant, imagined as akin to World Vision commercials and nature documentaries.

I ask, why do we need the West to care? Will it lessen our sorrow for our slain brothers and sisters? Are we still in the clutches of colonialism where the reaction of our former masters gives us any sort of satisfaction? When will we stop holding onto righteous indignation causing us to always fill the role of a victim?

Don’t get me wrong; it is an injustice to care for one life above another just because of their random geographical placement and apparent shade of their skin. But don’t we Africans have enough of our own to mourn along with? We can ask where the West was, but we can also ask where were the leaders of our very own African Union?

During the Charlie Hebdo attack, 9/11 or the Boston bombings, I succinctly remembered the lack of gory images of victims – not to say they did not exist. However, the media networks held back these images out of respect for the unique identities of every single one of the dead or injured victims. A dead body is identified by the physical arrangements that make up a bodily visage, but not by their personality, voice or vigour. This is what makes a person; their movements, sounds, thoughts, and energies. Let us continue to remember them this way and not as simply ‘bodies’ to be paraded around our virtual streets.  If you would like to celebrate the lives these individuals have lived, share this link.

If there is one thing almost all university alumni share is the remembrance of that universal feeling of idealism, a hunger for knowledge and a hope for the future yet untainted by cynicisms that burgeon with age. What a tragic time in one’s life to die; so many promising lives unfulfilled and inventions, innovations, inspirations nipped at the bud. 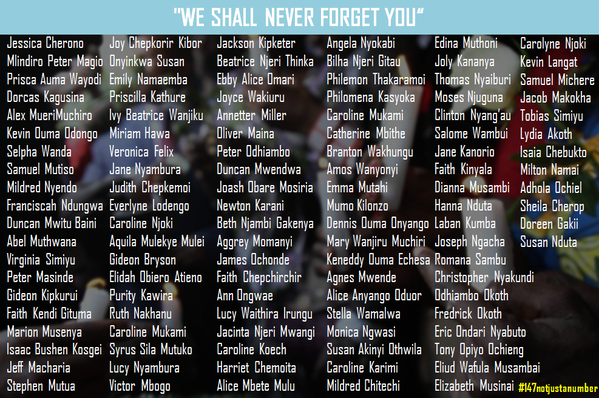