Ever wonder what inspires an artist to paste red-lipped Cheshire cat grins over the mouths of white men and women hanging black people in a photograph depicting a commonplace lynching scene from the Jim Crow South?

In the first episode of Terrance Nance’s new documentary The Triptych, premiering this week on U.S. public television, multi-media artist Sanford Biggers talks about some of the thinking behind the creation of pieces like Cheshire (2009):

“Cheshire is a double-entendre,” Biggers explains to the camera, donning a red clown nose. “At once, Lewis Carroll’s infamous cat and the grin of the blackface minstrelsy. Combining the two,” Biggers argues with the acumen of a cultural historian, “makes us re-examine the innocence of our childhood and our sinister histories.” 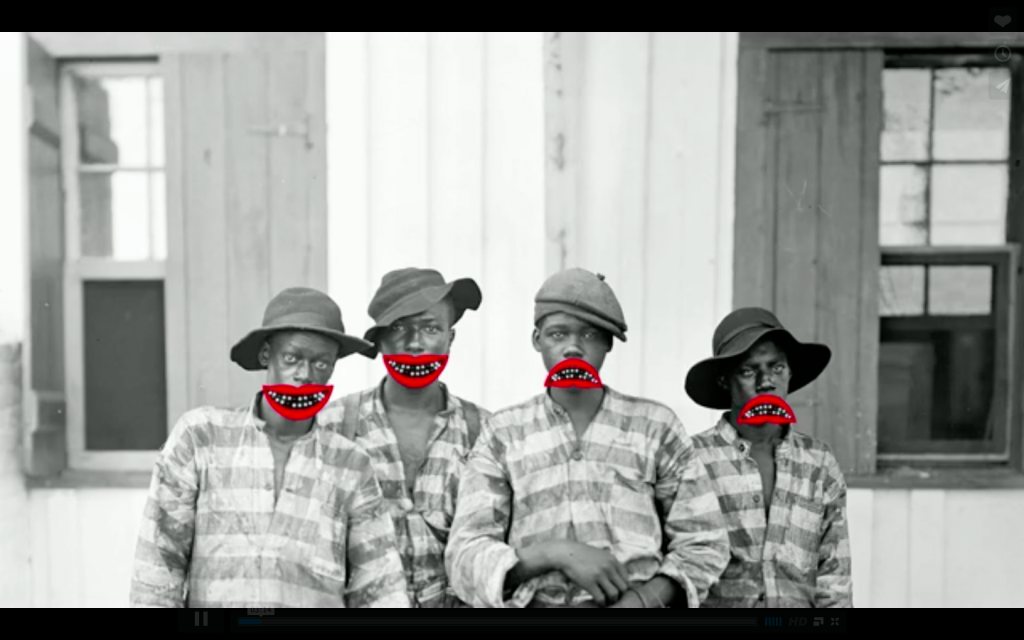 Much like Biggers does with Cheshire, The Triptych blends varying styles of telling history on screen with art gallery didactics to illuminate the lives, inspirations, and personal stories of three of contemporary art’s freshest black voices today: Sanford Biggers, Barron Claiborne, and Wangechi Mutu.

A work of art in and of itself, The Triptych features the three artists individually, in separate 25-minute episodes.

Lovers of Hip Hop will remember Barron Claiborne’s iconic photograph of Christopher Wallace (a.k.a. The Notorious B.I.G.) sporting a fake gold crown on the cover of Rolling Stone in 2012. Naming his mother as a great inspiration, Claiborne, a self-taught photographer, much prefers to highlight women in his stunning portraits. 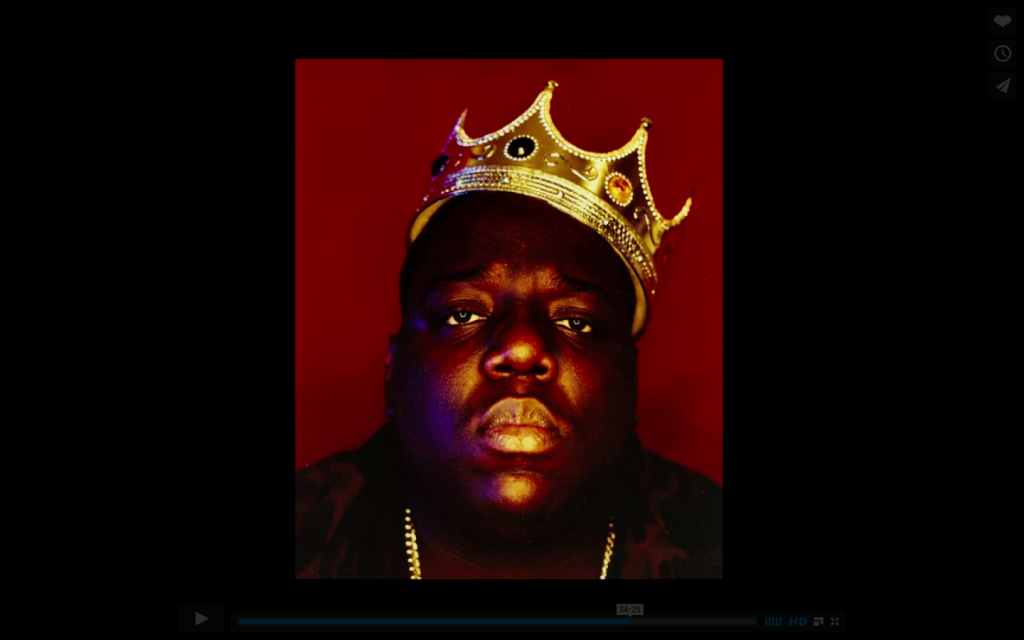 “Kids follow their mothers for the first years of their lives,” Claiborne explains from the passenger’s seat of a car crossing the Brooklyn Bridge. “My mother is the one who gave me a camera. My mother is directly responsible for my career!”

Family photographs from the artists’ personal archives like the ones of Claiborne’s mom are a central feature in The Triptych. In fact, each episode devotes a significant amount of time to how each artist’s upbringing inspires them.

Brooklyn-based multi-media artist Wangechi Mutu pays homage to her mother and grandmother in Kenya in pieces like Tree Huggers (2010), which captures the Afro-futuristic quality of her artwork.

“I’m named after my grandmother; she’s named after hers,” Mutu explains from her studio in NYC. “We [the Gikuyu in Kenya] reincarnate through our names to ensure that no one will ever disappear.”

Skeptical of role Christianity played historically amongst the elders in Gikuyuland, Mutu invokes Gikuyu spirituality in the recent Nguva na Nyoka (Sirens and Serpents) exhibition at the Victoria Miro Gallery in London. The Triptych is a special treat for followers of Mutu. Her episode reveals preliminary footage from the film Nguva, which Mutu then re-mastered for the December 2014 exhibition in London. 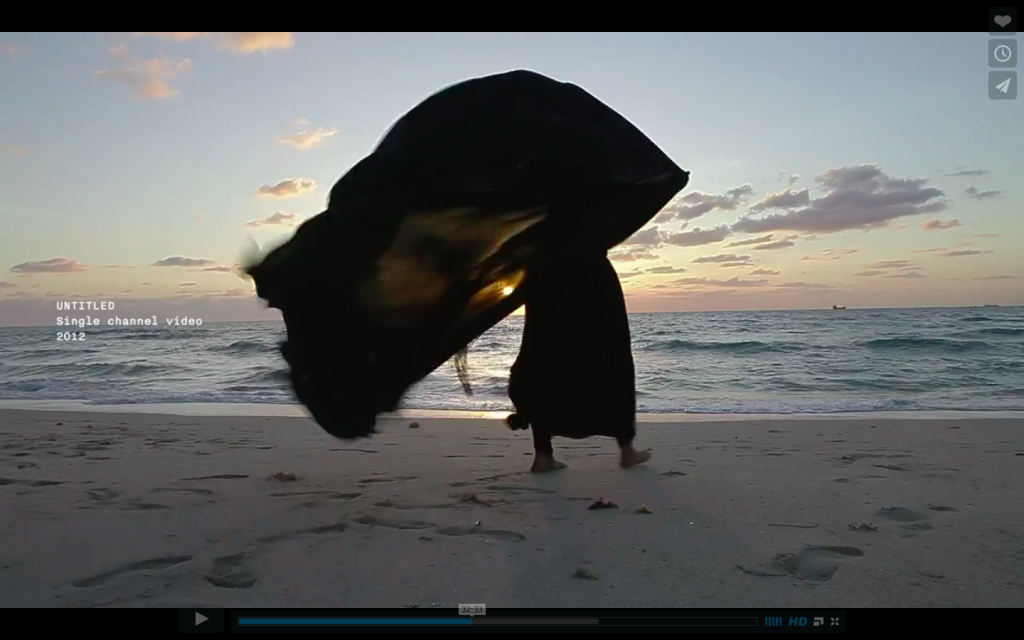 In fact, re-mastering and re-working history and identity through artistic practice is perhaps the theme most common to each episode. And in so doing The Triptych fits squarely within recent explorations into the function of aesthetics in academic departments like History in post-colonial universities.

The Triptych is particularly fascinating for historians because it places multi-media artists like Sanford Biggers alongside scholarship that blends history and literature. “I think history is about projection,” Biggers postulates. “So why not rewrite history in your own terms?”

Much like some of the most imaginative historians today, The Triptych masterfully meddles with the divide between art and history to give a much richer picture of the contemporary artists it profiles. It is a must-see for lovers of contemporary art and cultural historians alike.

We don’t need no education

Colonial and post-colonial governments in Kenya have worked to separate education from access to culture and information. It is an outdated model.