The internets have been rightly outraged at a white couple, “Dave and Chantal,” who decided on a “colonial” (and Apartheid) theme at their wedding in South Africa complete with an all-black wait staff in red fezzes.

Like it was a scene out of the film “Out of Africa.” It turns out the happy couple asked for a recreation of the film. Serious. The wedding was held in Mpumalanga province on the border with Mozambique. The wedding organizers got props – which included “antique travel chests, clocks, globes and binoculars and an awesome Zebra skin” – from a “prop house” in South Africa capital Pretoria. This kind of thing which is apparently the in-thing (i.e. sold as “tradition” and “nostalgia” by events companies and venues), would have passed unnoticed, but for the internets. The couple or the wedding photographer felt pleased enough to post the pictures on a photography site. 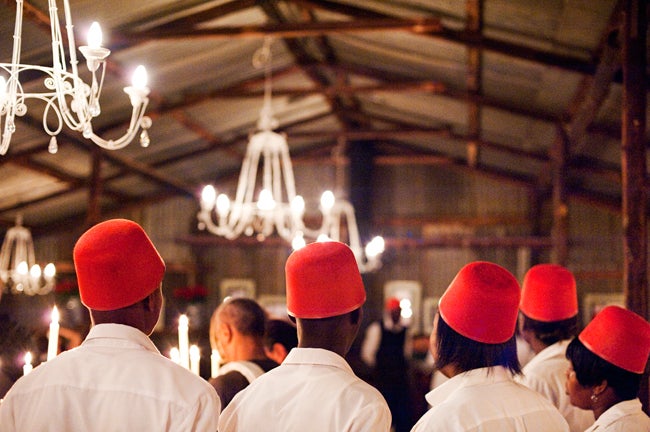 There it was spotted by the American blog, Jezebel (part of the Gawker empire). Once it became viral (and the couple their photographer and wedding planner were ridiculed) some of the photos (i.e. those with blacks in subservient positions or white people hamming it up in pith helmets) have been taken down. Here’s a link to the “cleaned-up” cache-page since the page has been deleted. Luckily for us screen shots of the pictures exist. And the venue still has pictures of guests in pith helmets play acting shoot outs on its website.

Of course, not surprisingly, some white South Africans are defending the couple. Although one commenter to the Jezebel post did write the truth: “Most white folks’ weddings in [South Africa] are colonial not by design, but by default.” 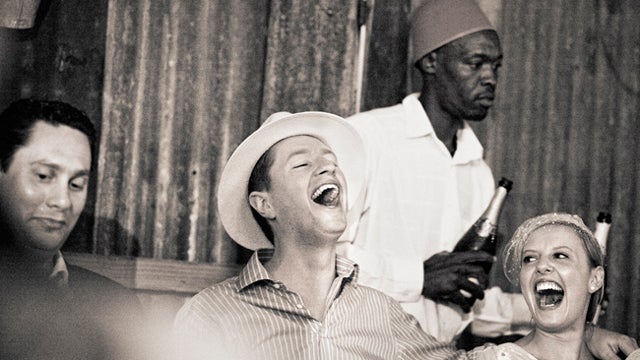 Which is why we’re surprised so few are asking–as RK points out in a comment on this post below–what makes venues like the Cow Shed (where the wedding was held and events company Pollination, think it is okay to throw colonial/Apartheid throwback weddings for white South African and European couples.

By the way, the Cow Shed has since issued a lame press statement to still defend its decision to host the party.

At least they can’t blame the South African politician, Julius Malema, for this.

More from the big blogs, here and here.