For four years I edited a book, Lumumba in the Arts, that examines Lumumba’s iconography. That book is now available.

Although Lumumba has won a place equal to other political icons like Malcolm X, Che Guevara, and Nelson Mandela, and although an equally rich or even richer imagery has developed around him, his iconography has remained underexposed and unannotated.

In fact, it is a rich iconography. It includes a whole range of renderings and portrayals, spans the whole range of media, and encompasses a variety of representations. It is no coincidence that a historical figure such as Patrice Lumumba has taken on an imaginary afterlife in the arts. After all, his project remained unfinished and his corpse was never buried.

Lumumba’s diverse iconography already started with the different names he received such as Élias Okit’Asombo (heir of the cursed), Nyumba Hatshikala l’Okanga (the one who is always implicated), Osungu (white), Lumumba (a crowd in motion), Okanda Doka (the sorcerer’s wisdom), or Omote l’Eneheka (the big head who detects the curse), starting from his childhood. His iconography was furthered during his lifetime, especially through songs and by the press, but most expressions, however, arose after his death.

Since his murder, Lumumba has been appropriated through painting (e.g. Chéri Samba, William Kentridge), photography (e.g. Sammy Baloji, Robert Lebeck), poetry (e.g. Henri Lopez, Ousmane Sembene), music (e.g. Pitcho, Miriam Makeba), film (e.g. Raoul Peck, Zurlini), theater (e.g. Aimé Césaire), and literature (e.g. Barbara Kingsolver) as well as in public spaces, stamps, and cartoons. No single form of art seems to escape Lumumba. While at first sight his iconography seems to oscillate between demonization and beatification, it is the gap between these two opposites that has proven to be fruitful for a very polymorphic iconography, one which, amongst many things, observes the memory and the undigested suffering that inscribed itself upon Lumumba’s body and upon the history of the Congo.

Notable exceptions such as Patrice Lumumba entre Dieu et Diable. Un héros africain dans ses images, edited by Pierre Halen and János Riesz, and A Congo Chronicle. Patrice Lumumba in Urban Art, edited by Bogumil Jewsiewicki, are foundational and seminal to my work on Lumumba’s iconography in regards to mostly literature and poetry in the first case, and to painting in the second one.

Two questions guided our work: What iconography arose around Lumumba and why is that iconography so diverse? One of the most striking paintings about Lumumba is Les pères de la démocratie et de l’indépendance by Sam-Ilus (2018). The painting demonstrates both the beatification of Lumumba and the political recuperation of his figure. It critically shows that artistic creations of Lumumba’s figure and the scenes in which he is reconfigured provide anything but a window on historical veracity; rather, they often reinvent him for political reasons. In this example, Patrice Lumumba is aligned with the anti-Lumumbist Etienne Tshisekedi, who followed Albert Kalonji on his secessionist adventure in Kasai against the central government of Lumumba, and who is the father of the current president of the Democratic Republic of the Congo, Felix Tshisekedi. In contrast to the more realistically depicted Etienne Tshisekedi (who died in 2017), Lumumba—who died almost sixty years earlier—is more abstracted and iconized. In the image, Lumumba is the reference: the model to aspire to. Tshisekedi tries to pose like him and identify with him, looking for political legitimation and atonement from sin. But whereas Lumumba has both arms up, Tshisekedi is still trying to find the right balance and is not very confident of receiving expiation. Lumumba does not seem to be very happy being cast in this reunion with his foe. His upper body, which is slightly averted from his companion, betrays some discomfort. Not only does Lumumba “seem distrustful because Tshisekedi is probably complicit in his death,” as the artist Sam-Ilus explained to me in a personal interview, but—I would add—also because his figure is being appropriated and dragged into a misplacement. Apart from the beatification, political recuperation, and the contrast with history, Sam-Ilus’s painting also illustrates that the meanings ascribed to Lumumba depend on the interplay of differences and oppositions within the construct. Moreover, these meanings are not fixed but deferred along l’hors cadre: those people below Lumumba holding their protest signs, that is, and also the other artworks in the book, as well as those not reproduced in the book, and those yet to come. The cover thus functions as a possible portal to other fictions that defy to a greater or lesser extent what Alexie Tcheuyap calls the triple censorship inflicted on Lumumba: censorship against his person (his murder), against his discourses, and against all attempts to constitute an alternative discourse on his existence.

The answer to the first question—as to what iconography arose around him—depends on the different art forms, which the book discusses in relation to historiography in the first part, and which the book divides into different chapters in the second part (cinema, theater, photography, poetry, comics, music, painting, and public space). Throughout the different art forms, we can distinguish an iconography that has been grafted onto a Judeo-Christian tradition (as both diabolization or beatification) from a more profane trend. Remarkably, the Janus-faced figure of the scapegoat/martyr—the most recurrent figure among all the different and even contradictory things that Lumumba stood for—are to be found in both. The answer to the second question—why such a diverse iconography – will be answered from as many angles as there are authors. However, four interrelated realms keep recurring: the spectral, the postcolonial, the martyr, and the political.

By discussing the rich iconographic heritage bequeathed to us by Lumumba and by reflecting on the different ways in which he is being remembered, we do not only answer the two questions that guided our work, but hope equally to contribute to this imagery by making his absence more present, though without laying his legacy to rest. 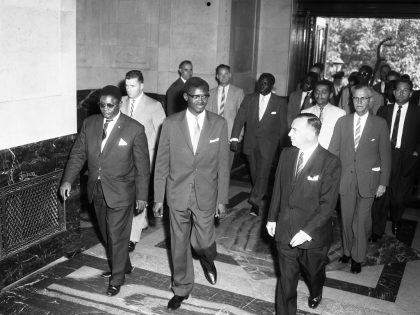 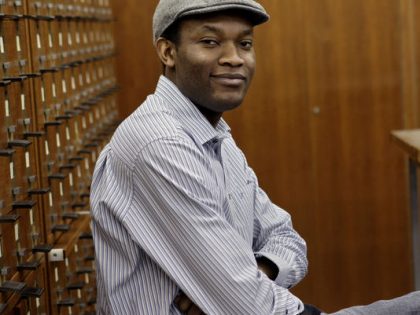 A Congolese writer whose work oscillates between gripping dystopia and humanist celebration. 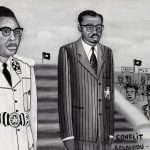 In the 1970s, a Congolese painter named Tshibumba Kanda Matulu began to paint a history of what was then Zaire. This history, as the anthropologist Johannes Fabian pointed out when he collaborated with Kanda Matulu … 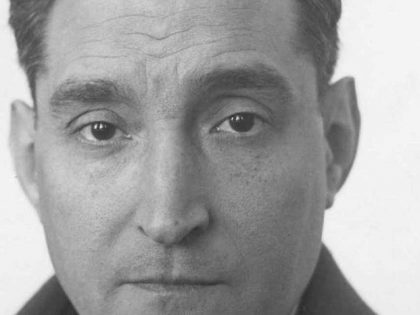 When Salazar met one of Lumumba’s murderers 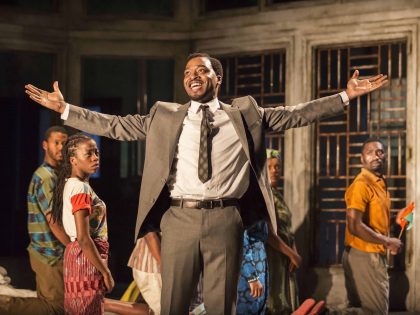 Restaging the Death of Patrice Lumumba 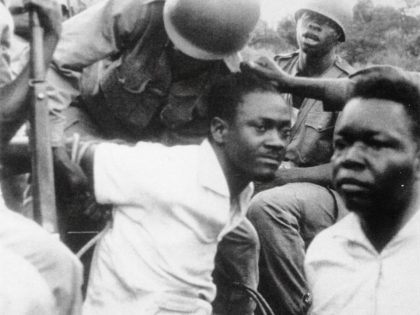 Congo: The benefit of the doubt has expired

Anyone who knows anything about Cold War politics, knows the CIA had a hand in Lumumba’s murder. The only difference now is that it’s been proven.