The massive protests in Algeria that began in late February 2019 have clearly shaken the core of political institutions in the country. While media focus, both by journalists and on social media, has been on northern Algeria, strikes and protests in Algeria’s oil-rich south have been occurring for decades.

A large swathe of the rural population in Algeria’s massive Saharan south continues to live in economic precarity. While the national unemployment rate in Algeria is estimated at 20 percent, “many living in the Sahara say that the true rate is close to 50 percent in their region.”

The Sahara comprises over 85% of Algeria’s territory, yet it is populated by less than 10% of the population. It is also ethnically diverse, composed of Amazigh confederations, such as Mozabites of the northern Sahara and Kel Ajjer Tuareg of the southern Sahara, and nomadic Arab tribes.

Saharan inhabitants have been protesting regularly since the 1970s because they feel alienated from an elite ruling class in the north who do not understand the south’s unique needs, shaped by the challenging natural elements and relative isolation of the Sahara. The region’s oil wealth further contrasts with the government’s structural neglect of its inhabitants. The neglect of the south also reflects larger tensions over identity and politics in Algeria.

In February 2016, a group of unemployed men from the southern province of Ouargla sewed their mouths shut, cut their arms and chests with sharp razors and placed nooses around their necks in a public protest against worsening unemployment in the Sahara. The protest, combined with weeks of sit-ins and hunger strikes, failed to garner the attention of officials. Earlier, in 2015, the residents of Ain Salah, an oasis town in the southern province of Tamanrasset, protested against government plans to drill for shale gas nearby. The anti-shale gas movement, called Soumoud, cited environmental concerns as reasons for their protests that rapidly spread across Tamanrasset. Following the onset of the February 2019 protests across northern cities, industrial and wildcat strikes took place across the south, crippling Sonatrach, the country’s national oil and gas company, and demonstrating how political sentiment in the north remains tightly connected to that of the south.

Protests in the Algerian Sahara express differing political demands but they reflect shared concerns regarding the worsening inequalities plaguing the country. Some protests (such as the anti-shale movement) rapidly gain traction, while others (such as the Ouargla protest) lack organized structure and die down as quickly as they emerge. Some demonstrations (such as the 2019 protests) are large-scale and demand the dismantling of the existing political system, while others (such as the intermittent protests in the south) are smaller-scale and swiftly placated by the state through oil money. Payoffs, subsidies and wage increases channeled to the south are no more than temporary fixes that hide the shrinking of the social welfare infrastructure, leaving Saharan residents in constant health precarity and socio-economic neglect. Such a strategy serves to preserve the elite’s oil interests in the region, enriching regime loyalists, Sonatrach oligarchs and business tycoons at the expense of rural and proletarian Algerians.

In particular, the province of Ghardaia, situated in central-southern Algeria in the M’zab region of the Sahara, reveals how relations between Saharan communities are impacted by the region’s oil wealth. Ghardaia has witnessed sporadic intercommunal clashes since the 1970s between two groups native to the Sahara: Mozabites (an Ibadi Amazigh community) and the Chaamba (a Maliki Arab tribe). Amazigh refers to the heterogenous ethnic groups indigenous to north-western Africa. As Hamza Hamouchene notes, most Algerians are Arabized Amazigh. Algerians who maintain deep ties to Amazigh identity, such as the Kabyles of the north, often identify strongly with local Amazigh cultures and speak regional Tamazight languages. Due to the spread of Islam, migration and pro-Arabization government policies during Algeria’s history, Arab culture and Arabic are also seen as integral to Algerian national identity. Whether one identifies Amazigh, Arab or otherwise, however, remains largely a matter of personal or political choice—a complex product of one’s familial upbringing, regional location and individual circumstance.

The Mozabite-Chaamba conflict in Ghardaia is reflective of how existing national anxieties regarding Amazigh and Arab identity are further exacerbated by the politics of natural resources. Since the discovery of oil in the 1950s, Ghardaia has experienced an influx of job-seekers from across Algeria and the presence of international oil companies to construct Ghardaia’s petroleum infrastructure. The discovery of oil, however, did not bring about economic development for the region, as jobs remained scarce for locals and the social welfare infrastructure left under-developed.

Mozabite-Chaamba tensions in Ghardaia occur due to contestations over limited resources, jobs and land. Tensions date back as early as 1975, when the first clashes occurred, and has continued with intermittent, small-scale violence in Beni Isguene, Berriane and Guerrara. In 2008, violence broke out in Berriane and caused two deaths. In May 2013, it was alleged that Chaamba Arabs forged property documents to seize control of a Mozabite cemetery, leading to the burning of shops and vehicles and physical altercations between sword-wielding youth gangs. Later that year, Mozabite cemeteries and mausoleums were desecrated in Ghardaia, with the tomb of Amir Moussa, a sixteenth-century Mozabite Amazigh leader, destroyed in the process—the tomb is designated a UNESCO World Heritage. Mozabite residents claimed that the Gendarmerie Nationale, the Algerian rural police force, had sided with the Chaamba and did nothing to protect Mozabite property.

Accounts of the conflict’s causes vary. Some view it as an ethnocultural conflict—Mozabites are Ibadi Amazigh Muslims (Ibadism being a distinct school of Islam that is neither Sunni nor Shi’a) while the Chaamba are nomadic Arabs who adhere to the Maliki maḏhab of Sunni Islam. Mozabites demand the recognition of Mozabite claims to land, framing their protests as part of preserving the region’s Amazigh identity against the incursion of a “foreign” Arab influence, despite the fact that the Chaamba are Saharan nomads native to the region. Conversely, the Chaamba view security forces and the state as unfairly favoring the Mozabites and demand equitable access to resources.

Each group articulates specific ethnocultural claims to land, resources and jobs as part of a broader project implicating the state. Other accounts point to how Mozabites and the Chaamba have co-existed peacefully for centuries; tensions only emerge out of immediate economic grievances. As Dalia Ghanem-Yazbeck notes, ethnocultural divisions are used to frame economic disparities:

The Berbers accuse the Arabs of benefiting from preferential treatment by the government, including obtaining better jobs and places to live, because they are Arabs. Meanwhile, the Arabs accuse the Berbers, who are generally perceived to be wealthier, of hindering poorer Arabs’ integration into their exclusive social structures.

Each group accuses the other of benefiting from the state’s preferential treatment, with property disputes and access to jobs making up the bulk of grievances.

The government views Ghardaia as a security risk to be managed through short-term policies such as boosting the number of security forces in the region, increasing wages and offering compensation to families of victims. Those are solutions revealing the government’s usual practice of collaborating with local institutions to temporarily placate social unrest with oil money, while leaving underlying structural problems, including the province’s alarmingly high youth unemployment rate, unresolved. Algeria’s economy remains overly dependent on oil and gas. Despite the fact that profits have been in decline since the 2011 Arab Spring, energy sales in Algeria compose up to 60 percent of the state budget and constitute 95 percent of the country’s exports, resulting in a rapidly-shrinking labor market where well-paying jobs outside the oil sector are increasingly scarce.

Ghardaia reveals how Saharan communities in Algeria can be rapidly transformed by the exploitation of natural resources, producing economic rivalries and aggravating sectarian divisions either latent or inexistent before. Because oil-rich reserves often sit under lands long-settled or occupied by both sedentary and nomadic communities, the government requires the deepening of sectarian divisions such that indigenous Saharan claims to land can be contested and then claimed under the custody of the state. That is why, in the 1960s, the government encouraged nomadic Saharan Arab tribes to settle permanently in Ghardaia—a policy-driven demographic change contributing to the current state of Mozabite-Chaamba tensions. It was only after sectarian divisions worsened that the Algerian state is able to lay claim to the region’s oil. Indigenous Saharan claims to the land’s resources become forgotten and abandoned as the Mozabites and the Chaamba are instead competing with one another for the scarce resources that remain. The Algerian Sahara’s social dilemmas are therefore a bellwether reflecting a common issue at the core of the protests that erupted in February: how corruption, political kleptocracy and the diversion of wealth to an elite few is not a localized issue but a national phenomenon, impacting the destinies of Algerians across social divisions. A prominent rallying cry, “Yetne7aw ga3!” (They must all go!), expresses protesters’ complete rejection of the entire political system as it currently stands. 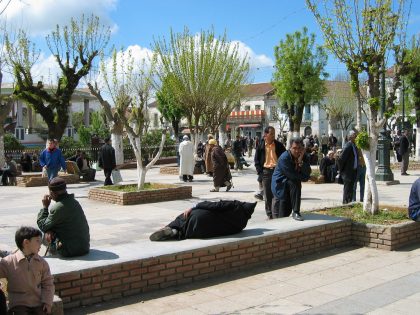 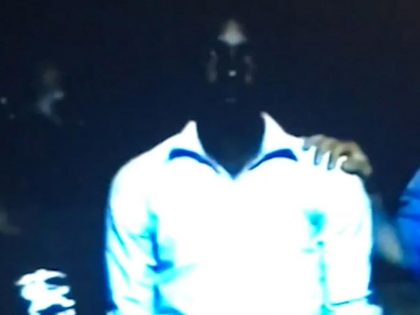 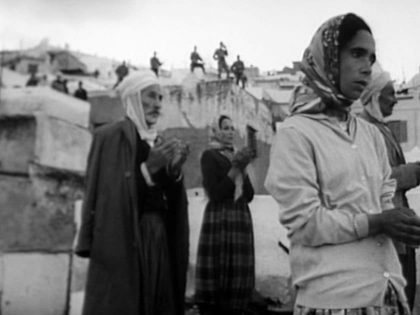 The Legacy of the Algerian Revolution

One of the most enduring legacies of colonialism is the idea that it is impossible to contemplate a future in which the rest of the world does not resemble Europe. 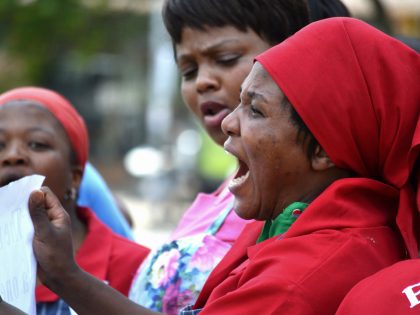