In his Discourse on Colonialism (1950), the French-Caribbean poet Aimé Césaire noted that after World War II, Europeans, culturally and politically devastated by war, began to renew themselves by absorbing African American culture – jazz, literature, art and so on.  In the prologue of Hisham Aidi’s brilliant and sprawling Rebel Music: Race, Empire and the New Muslim Youth Culture, he returns to Césaire’s observation, arguing that today it is Europe’s beleaguered racial minorities – its Muslim underclass, in particular – that are looking to the African American experience for uplift.

Moving seamlessly across continents, languages and musical genres, Aidi details this cultural and political turn towards Black Atlantic cultures, and in so doing shows just how intertwined the idea of Pan-Africanism is with the history of Islam in the West.

Rebel Music opens with Aidi at a “park jam” in the Bronx in July 2003, talking to a trio of French rappers who have come to the Boogie Down to meet with some hip hop pioneers and activists. The author makes plain that the African American struggle has nourished and inspired marginalized communities worldwide – from the Dalit Panthers of South India to the more recent Pantrarna in Sweden. However, Aidi’s musical exploration is focused on the intersection of urbanism, Islam and global black cultural production; he argues that over the last decade it is Muslim youth, caught between surveillance states, xenophobic movements and Islamist groups, who have been jolted towards race activism and Black Atlantic cultures. (He refers to 9/11 as the Muslim immigrants’ “racial baptism.”)

In Salvador, Brazil, the author gets to hang out with Antônio Carlos Vovo, renowned activist and founder of the musical group Ilê Aiye, and talk about how War on Terror policies and cultural flows from the US have prompted Afro-Brazilian activists to revisit the country’s Muslim past. Aidi analyzes a remarkable manuscript written in 1865 by an Ottoman imam who spent a few months traveling in Brazil, and writing about Islam among the slave population. Today thanks to Lula’s 2003 law mandating that schools celebrate a “National Day of Black Consciousness,” there is a strong interest in Brazil’s Muslim history – especially in the Malê revolt of 1835, when Hausa slaves tried to overthrow the Portuguese master, an uprising that failed, but sent shock waves across the Atlantic and to antebellum America. The current political ferment is occurring, he shows, just as American diplomats are (unsuccessfully) pressing Brazilian authorities to monitor their Muslim citizens. Aidi’s discussion of Carnival and Latin American Orientalism is delightful, as is his claim that Shakira is simply the latest embodiment of the centuries-old Spanish-Portuguese fantasy of “the enchanted Mooress.”

Brazil – Latin America, more broadly – is actually held up as an outlier: he asks – why do Muslim communities in Europe and North America have strained relations with their governments and mainstream society, whereas Muslims in Latin America are politically quite comfortable and un-harassed?

The most tender parts of the book — for this reader, at least — are when Aidi, probing the relationship between jazz and Islam, goes to a national conference of Ahmadi Muslims in Milwaukee and sits down to chat with octogenarian African-American converts: jazzmen dressed in Nehru jackets and Jinnah fur caps who speak Urdu fluently. One of them, Rashid Ahmad, a classmate of Miles Davis and a one-time front-man for pianist Ahmad Jamal, recounts his travels in the Middle East in 1949 as he headed to study in Rabwa, Pakistan. Another elder, also in a collarless shirt and Nehru vest observes, “Jazz makes people think— that’s why jazz artists liked Islam, they were thinking of ways out.” The largest Muslim communities in America are African-American and Pakistani, and Aidi spends some time detailing the historic interactions between Black America and The Subcontinent. The cultural echoes of these early encounters are ongoing. For example, Aidi describes the Pakistani-American punk rock group, The Kominas, and their interest in the Moorish Science Temple, describing how these rockers would travel to Pakistan, and use the concepts and symbols of these heterodox African-American groups to protest state policy and religious fundamentalism.

In his tour of European and American cities, music proves to be a perfect lens for understanding tensions between various Muslim groups, and government efforts to promote Sufism as a “moderate” alternative. Music for state officials, Aidi shows, has become a quick and easy way to distinguish between “moderate” and “radical” Muslim. In London and Birmingham, we encounter former rastas who have cut their locks, and grown bushy Salafi beards. The author traces the circulation of Islamist ideas between England, the Caribbean, and East coast of the United States. In Philadelphia we meet legendary music producer Kenny Gamble (aka Luqman Abdul Haqq), and we see this “father of disco” trying to use art and faith for community building and urban renewal.

Parts of the book look at the cat-and-mouse game between governments and youth activists. After 9/11 – and 7/7 in London – Washington and Downing Street would try to create a “moderate Islam” by – rather foolishly, we now know — mobilizing Sufi groups against Salafi or Muslim Brotherhood-affiliated organizations. Aidi is at his best when he parses the political and moral dilemma facing young activists in impoverished European neighborhoods being wooed by the State Department, offered financial grants and tours of the US: to accept or not to accept? He notes the grand irony of how the American government spent years cracking down on black militancy, but is now using civil rights discourse and black protest for public diplomacy and propaganda purposes.

Aidi shows how young activists pushed back against “state-sponsored Sufism.” And in this regard the sections on Gnawa music, an Afro-Arab musical tradition, are fascinating. Gnawa, a Sufi culture, which drew the attention of Harlem Renaissance artists who visited Morocco (novelist Claude Mckay, painter Henry Ossawa Tanner, and poet Jessie Fauset all spent time in the Maghreb), before being picked up by American jazz artists – has now emerged as the political idiom of disenfranchised North African youth in Europe, used to protest racism and “Sufi policy” in Europe, and anti-black racism in the Maghreb. The chapters on Gnawa music substantiate a recurring argument in the book – and that it is Europe’s ghettoized Muslims who are the Black Powerites and pan-Africanists of our day.

One particularly engrossing chapter describes the burst of race activism among young Muslim Americans over this last decade. He shows young Pakistani-, Egyptian-, and Iranian-Americans leading green energy projects on Chicago’s Southside, organizing protests in Detroit, and lobbying the Census Bureau for “minority status.” These campaigns against “legal whiteness,” as Aidi shows, are taking place in Europe and North America. Unlike their parents, the children of North African, Middle Eastern and South Asian immigrants do not want to be categorized as ‘White.’ (Incidentally, in response to campaigns, the US Census Bureau is considering introducing a new Middle East and North Africa ethnic category on the census form.) The race activism that one now sees in Muslim America, says Aidi, shows that many young leaders believe that if political empowerment won’t occur through traditional party channels, it can occur through the civil rights movement and people of color coalitions. “By embracing race, the “immigrant” Muslim can become “indigenous,” writes Aidi.

Aidi’s discussion of Frantz Fanon and Muslims and Jews in France is heart-rending and ridiculously timely. Reviewing Arabic sources on Fanon, Aidi describes Fanon’s interest in Andalusian music, his study of the Arabic language, showing how the Martinican’s pan-Africanism was partly forged by his days as a French troop stationed in Casablanca. Fanon thought a lot about Muslim-Jewish relations in Algeria – and today his ideas are relevant to Muslim-Jewish relations in France, as is the Judeo-Arabic musical repertoire of North African Jews. Aidi follows the exiled Algerian-Jewish musicians – now in their late 80s – from gig to concert, as they perform and ponder their legacy. He profiles the Muslim “integrationists” who think reviving this repertoire can help heal Muslim-Jewish relations, and bring French Muslims into the political mainstream; and their political adversaries, groups like the Natives of the Republic (Les Indigènes de la République) who are inspired by the Black Power movement, and recall proudly the days when the Black Panthers were headquartered in Algiers, and Eldridge Cleaver and Malcolm X visited the city’s kasbah. Aidi predicts that as these transnational, pan-African tendencies gain force among youth in Europe and the US, and North African-descent activists reach out across the Saharan divide to ally with West African-descended communities, neo-conservative groups and right-wing Islamists will again try drive a wedge between North Africans and the rest of the continent.

The beauty of this book I would say is how the author remixes cultures and geography, bringing North Africa into the pan-African world, Latin America into the “Orient,” while positioning the American ghetto as the well-spring of American civilization. Rebel Music is a deliciously overstuffed lasagna, vividly written, brilliantly readable, and unapologetically pan-African. 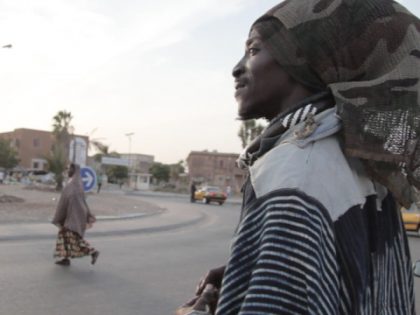