In 1841, Friedrich List wrote: “the power of producing wealth is infinitely more important than wealth itself.” This axiom is just as relevant for industrial “latecomers” as it was for the economies of List’s time. Indeed, the pursuit of increased production possibilities, rather than simply increased production, provides the bedrock for various governmental initiatives falling under the umbrella of industrial policy. However, dynamic efficiency gains for developing countries today are not hidden where the wealthy countries left them. To unlock new levels in productivity, African countries need to navigate a global economic landscape profoundly different from the one in which Germany, the US and the East Asian tigers found themselves.

In the 1980s, international trade started to make room for the “unbundling” of production. Firms began to focus on their core competencies and outsource the rest. As a result, different stages of the production process spilled across borders, turning traditional supply chains into global value chains. For African industry, this fragmentation may be an opportunity. Improving one’s balance of trade no longer requires mastering the entire production process of a final good: in a world of global value chains, taking over tasks at the end of value chains is a viable alternative. Relatedly, dynamic gains are no longer the exclusive prerogative of manufacturers. The power of producing wealth does not discriminate by sector. Various economic activities, from keeping products fresh to processing, packaging and marketing, all add value as long as barriers to entry are relatively high.

The cut flower industry is illustrative. Without a smokestack in sight, the flower business churns out sizeable profits. However, gains accrue disproportionately to intermediaries, distributers and buyers. In 2009, Kenyan flower producers received on average $3.70 per kilo, only for their exports to retail for around $8 per kg on European soil. The case of Ethiopia offers hope, however, that plugging the gap is possible. Under President Meles, Ethiopia boosted export earnings from cut flowers almost tenfold, from under US$30 million in 2004/2005 to US$265 million in 2011/2012. Central to the approach was expanding the cargo capacity of Ethiopian Airlines, improving the management of freight and cold chains and thereby taking a key intermediate service—transport—under its wings.

Ethiopia also invested heavily in education, founding 20 new universities and establishing a nationwide system of technical and vocational education. Knowledge and technology are key components of industrial upgrading; however, the task of diffusing knowledge has historically been delegated to foreign investors with the expectation that its expertise will spill over into local industry. While this potential does exist, foreign finance has in the past been a Trojan horse, routinely conditioned on the implementation of specific donor-driven goals. These conditions related to national planning up until the late 1970s and then centered on political and economic liberalization, underpinned by a laissez-faire ideology that undermined the very justification for industrial policy.

A telling example is the 298-mile stretch Standard Gauge Railway (SGR) connecting Nairobi to Mombasa that the Kenyan government contracted a Chinese company to construct. Unveiled in 2017, the railway is known in Kenya as “Madaraka Express”—madaraka being Swahili for responsibility, power and governance. The infrastructure drastically reduces the cost of transporting cargo between the coast and the hinterlands, boosting Kenya’s trade capabilities. However, cross-industrial linkages have proven elusive. Though the Kenyan government instructed the contractor to source 40% of material and services locally, the latter was accused of reneging on their commitment. But local content rules must be buttressed by local industries capable of producing in sufficient quantities and of a quality that meets project-specific standards. According to the contractor, the Kenyan steel industry fell short. Thus, plugging the infrastructure gap with Chinese investment is an attractive option, but assuring local responsibility, power, and governance is not trivial.

Nevertheless, the transport sector, like the energy sector, should remain at the center of industrialization efforts. Not only can these sectors deliver productivity improvements across industries, but they are rife with opportunities for green innovation. Environmental constraints and costs are a new reality facing today’s industrializers, and capturing “first-mover advantages” by investing in innovative low-carbon solutions should be high on the order of business. When public funds are earmarked for such objectives, the results can be impressive. Africa’s first electric vehicle and solar-powered bus were made possible by a Ugandan government grant to a university faculty as part of the Presidential Initiative on Science and Technology.

With any ambitious venture, however, comes risk. Eighty percent of the costs of the SGR railway, for example, were bankrolled by Chinese loans. The ensuing debt amounts to roughly 6% of Kenyan GDP. The SGR’s freight service has already struggled do its part to capture these costs, compelling the state to mandate that cargo shippers use the railway. High price tags pose a similar headache for the Kiira EV, as the electrical vehicle is known. An estimated $350 million is needed to turn the prototype into a mass product; if electricity access and a trained workforce are in shorter supply than expected, this figure could rise. In addition, with the Kiira EV expected to retail at $20,000, the roads of the East African market, where only 20,000 cars are bought yearly, will be bumpy.

Not all of this is new. The challenges of facilitating cross-industrial linkages, or securing adequate infrastructure and funding, are as old as industrialisation itself. Indeed, South Korea’s early carmakers faced depressed demand and meagre profits for at least the first decade of production. However, South Korea did have something that many African countries do not: policy space. When the ignition key of the South Korean car industry was slow to turn, the South Korean government kept foreign competitors at bay through careful control of imports, capital inflows, foreign exchange, interest rates, and aggregate demand. Today’s global economy, however, is governed through ever-proliferating trade rules and investment agreements, most of which expressly set out to prohibit the very trade policies that incubated the infant industries of today’s rich countries. If production possibilities are not hidden where rich countries left them, it is also because the global economy conceals them in volumes of restrictions on trade and investment policy.

It would be misleading, then, to depict the present moment as exclusively favorable to African industrialization. Deliberate, coordinated efforts on the part of African governments to boost basic infrastructure, provide targeted support to economic activities that can capture key segments of existing value chains, train the workforce with relevant skills, and raise purchasing power will undoubtedly help budding industries on their way. However, successful industrial policy today will also be about taking back policy space and extricating African markets from dependence on bilateral trade agreements with rich countries. The recent agreement of the Continental Free Trade Area suggests that this process is going full steam ahead. 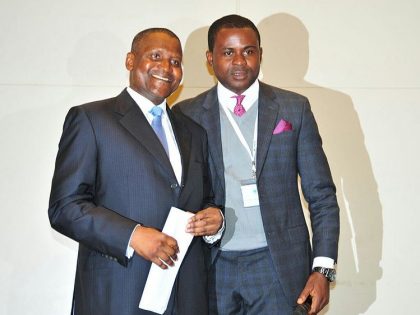 Despite what Dangote wants us to believes about the magical power of entrepreneurship, his business savvy alone is not why he made it. 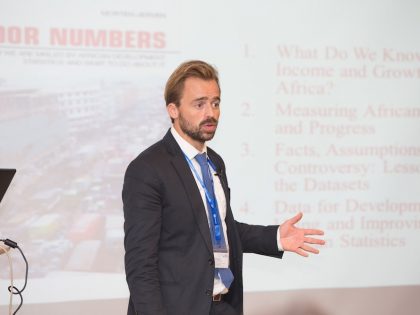 Why western economists get Africa wrong

It is worth revisiting economic historian Morten Jerven’s book “Africa: Why Economists Get It Wrong” (2015), a refreshing contribution to the debate about development scholarship on Africa. 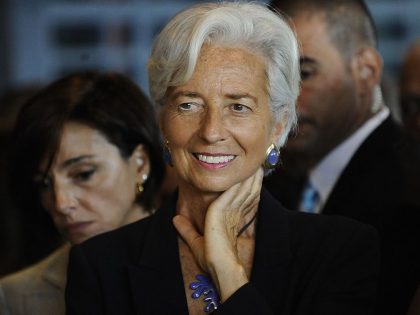