Forbes Magazine just released its “World’s Richest Person” list for 2018. Aliko Dangote, a Nigerian cement tycoon and industrialist, ranked at 100th globally, thus remains the richest African (at least the richest African who is not a head-of-state), with a net worth of $14.1bn.

A few months ago, Dangote gave an interview to Bloomberg. At the time the interview was clickbait for his comments about wanting to buy English football club, Arsenal FC and possibly to replace manager Arsene Wenger. This would happen once he delivered on his refinery project in the Lekki Free Trade Zone in Lagos State.

What received less attention were his comments about why Nigeria, and other African countries have not been able to create more jobs: “What you have to understand is that in Africa, going back 25 or 30 years, the majority of businesses were actually owned by government. And government has never been good at running any business.”

He went on: “That’s the issue we have. Government’s job is not to drive the process. We have entrepreneurship now, and that’s what we are trying to do. We are not as lucky as Asia, where they already had a lot of entrepreneurship dating back generations and caught that wave.” And to drive his point home: “In Africa, when you really look at it deep down, we lack the entrepreneurship to match that boom in Asia.”

Because of Dangote’s standing — he has served on a number of multilateral commissions and has the ear of presidents — it is worth breaking down what’s wrong with his perspective and how it relates to other misconceptions about the history and political economy of industrial policy and state-market relations in the context of economic catch-up.

First, contrary to the narrative presented in the interview, and often overlooked in the echo chamber of international punditry seeking to celebrate the “transcending power of entrepreneurship,” Dangote Cement is not merely a product of Dangote’s “business acumen,” but largely a product of targeted industrial policies pursued by the Nigerian state. Dangote’s decision to enter domestic cement production was largely policy-induced. In a recent article on Dangote Cement and state-market relations, Nigerian scholars Akinyinka Akinyoade and Chibuike Uche, argue that General Olusegun Obasanjo’s second coming as President of Nigeria in 1999 — this time in a civilian capacity — “set the stage for the rapid rise of Dangote Cement.” Obasanjo’s political interests (securing funding for his electoral campaigns and boosting domestic production) aligned perfectly with Dangote’s entrepreneurial interest (transforming Dangote Group from a trading company to an industrial giant). In 2000, in the context of a wave of privatizations of Nigerian state-owned enterprises (SOEs) during the first term of the Obasanjo administration, Dangote acquired a struggling state-owned cement plant along with limestone quarries. But contrary to the claim that Dangote Group miraculously decided one day “we are going to start” producing cement domestically, it required the state to “drive the process.”

Domestic cement production only became feasible once the Obasanjo administration introduced its Backward Integration Policy, which obliges cement import licenses to be allocated “only to importers who show proof of building factories for local cement manufacturing in Nigeria.” The policy provided incentives including a waiver of VAT and a custom duty for importation of cement-production related equipment to ensure job creation through the localization of input production. New investments in the cement industry also qualified for the Pioneer Industry Incentive Scheme, which was recently extended to include a total of 27 potential industrial activities. The scheme also provides domestic producers with a “pioneer status” that could potentially result in a 3-5 year tax holiday. Feyi Fawehinmi wrote a post showing that Dangote Cement paid an effective tax rate of less than 1% from 2010-2015. Meanwhile, its profits during the same period were 1 trillion Naira (US$6bn at 2015 exchange rates), while the company’s profit margins widely exceeded those of other cement producers.

For the industry incentive scheme to actually result in domestic job creation moving forward, and not just represent corporate welfare to politically connected entrepreneurs, Nigeria does not require “less state,” as Dangote suggested, but “more and of course better state.” More and better state could entail undertaking complimentary investments in industry-specific infrastructure (a recent report by the Institute of Security Studies shows that Nigeria’s installed infrastructure capacity is lower vis-à-vis countries with similar levels), boosting vocational training, and equipping existing public investment banks with more resources to (co)-invest in self-discovery activities, such as investments in indigenous cement production, which requires long-term patient finance. Societies can derive a tremendous value from these self-discovery activities, as they provide the state, and market participants with information about the potential of producing a certain good domestically. What in the interview is labelled Dangote’s “first-mover advantage” is often actually a “first-mover dilemma,” as private entrepreneurs are often incapable of bearing the full costs and risks associated with this discovery process, and thus rely on various forms of state support (Dangote Cement’s Obajana plant investment and project planning was undertaken in partnership with several DFIs).

When the APC-led administration of Muhammadu Buhari took power in 2015, Dangote Cement was no longer an infant industry, but a pan-African industrial giant that maintained and nurtured a great relationship with the incoming government. Three months after his swearing-in ceremony, Vice-President Yemi Osinbajo led a government delegation to Zambia to commission a Dangote Group cement plant, while the firm also was able to count on the Nigerian state’s diplomatic support in a dispute with Tanzanian authorities, and according to a Reuters investigation, preferential foreign currency allocations from the Nigerian Central Bank at a time when other business had to grapple with a dollar shortage. Meanwhile, the Dangote Group has truly become what trade-and industrial economists refer to as a “national champion” representing economic nationalism at home, and global (or at least pan-African) pre-eminence abroad. The Democratic Republic of Congo recently became the 10th Dangote Cement plant site on the continent.

The criticism leveled at industrial policies in developing countries is usually that politically connected entrepreneurs will seek to capture the policy process to their advantage. Obviously, in an ideal world, access to state support would be norms-based, impersonally enforced, and open to anyone who meets qualifying criteria. Yet, Mushtaq Khan’s work has shown that politically connected entrepreneurs are often more likely to benefit from government industrial policies (also at times in rich countries where it translates to regulatory capture). It is therefore inappropriate to simply wish away a country’s complex political economy (as the World Bank’s universalized good governance agenda has often tended to do as Khan, as well as Lin and Monga have pointed out). The success of industrial policies in the context of economic catch-up does not necessarily depend on whether the allocation of state-support is rules-based, but whether the state has the political capital and capacity required to “discipline” politically connected entrepreneurs by making state support contingent on socially valuable investment decisions.

The privatization of SOEs, and foreign-investments in the context of local co-ownership requirements can be especially messy for involved stakeholders, and lucrative for politically connected entrepreneurs. For instance, the recently imprisoned Saudi-Ethiopian investor Mahamed Hussein al-Amoudi used his political connections with key EPRDF stakeholders to benefit from the government’s incremental post-Derg privatizations. According to diplomatic cables, companies acquired by Al-Amoudi were at some point worth 60% of the entire dollar value of all privatized Ethiopian companies! In terms of foreign direct investment (FDI), multinationals frequently engage in share-and ownership-transfer to politically connected elites to gain a foothold, as exemplified recently in Tanzania and Mozambique. In such cases, benefitting politically connected entrepreneurs has no substantial growth-enhancing effect, but is merely “rent-seeking”, and creates what the former central bank governor turned Emir of Kano, Mallam Mahammadu Sanusi II decried as “brief-case billionaires… who don’t employ anybody.”

Alice Amsden, and Khan have pointed out, for example, that a key feature of the political settlement underpinning East Asian developmental states was that it allowed the state to impose difficult conditions on powerful organizations. So when Dangote compares state-market relations in Nigeria, to state-market relations in East Asian developmental states, he cannot possibly come to the conclusion that Nigeria simply requires “less state and more entrepreneurship.”

Nigeria has the one of the world’s lowest tax-to-GDP ratios, and a rapidly growing, young population that can’t simply “entrepreneur” job opportunities and public service delivery. With all due respect to Dangote’s ambitions for Nigerian industry, the fulfillment of those ambitions requires more state involvement, more contingencies on politically connected entrepreneurs, and more and better industrial policy. 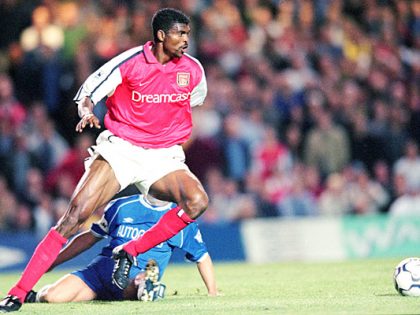 The Love Affair between Nigerians and Arsenal

The love affair between Nigerians and Arsenal is an enduring one. Other English teams are also popular in the country, but the attachment many Nigerian football fans formed with the club during Nwankwo Kanu’s five … 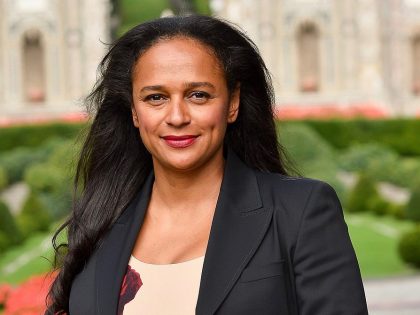 Where does Isabel dos Santos’s wealth come from? Her country’s resources are basically treated as her family’s property. 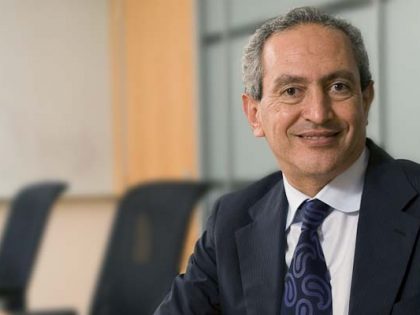 Sean Jacobs
Forbes Magazine–fresh from its cover story last week about Barack Obama’s “Kenyan, anti-colonialist tendencies” which he inherited from his “Luo tribesman father”–gets back to its normal business: reminding us who has real power. …