The closer to the edge you are, the more you see of the beautiful valley. These words, roughly, were attributed to South African composer, Carlos Mombelli, and they inspired the name for The Edge of Wrong music festival (EoW), a South African-Norwegian collaboration for uncompromising, improvised noisemaking. The 10th edition of this festival took place from the 21-24 April in and around Cape Town, and included a film screening, microphone-building workshop, music hacker lab and two concert nights at the Atlantic House in Maitland, and Moholo Live House in Khayelitsha.

“Experimental music” is, as the term suggest, not so easily categorized, and the event’s line-up mirrored this. From melodious violin improvisation to room-shaking, ear-drum-testing electronic noise and strange pitches, EoW’s ethos was curated, but not elitist. There was a pay-what-you-can cover charge, a make-shift bar and intimate setting, so it was not set up to be a money-maker. What’s more, the accompanying workshops, aimed at making the technology accessible, created a strong community spirit. Using materials that cost less than R20 each, for instance, Norwegian musician and sound artist Arnfinn Killingtveit showed attendees in Khayelitsha how to build a microphone.

There was also a focus on unconventional electronic sounds that, if you weren’t used to hearing them, might sound like random tinkering or unpleasant noise – an excuse to make music badly under the guise of experimenting, some might say. I was interested in understanding these sounds.

I sat down with founders, Morten Minothi Kristiansen (Norway) and Righard Kapp (South Africa), to find out. Morten had spent some years studying jazz at the University of Cape Town and, although there was a more established scene for experimental music in Norway, he happened upon like-minded musicians here. Righard was one. Together they put on the first, “quite badly organized” festival at the Labia Cinema in 2006. They went on to build a community of experimental musicians in South Africa.

Righard explains that you don’t listen to experimental music the same way you would listen to a catchy song; if this is your expectation, then you might be quite turned off. He believes it is music that not only accepts failure but invites them. It’s “a different kind of theatre,” stripped of embellishment, rooted in performance and very self-aware.

It’s a visceral, immediate thing… that let’s one feel quite empowered… removed from these machinations that keep our lives in bubbles. The best things I have facilitated, I didn’t feel, ‘Wow I did that.’ It was like, ‘Wow it happened.’

Just like a relationship counsellor would tell you to “embrace your mistakes,” Morten believes that mistakes can lead to great music.

We have scientists who get paid a shit load of money to cure cancer… They do experiments… because they’re on their way to something. It’s a bit like that with this music. Of course it’s not about playing badly either.  There are ways to define quality in experimental music, and there can be a lot of structure too. A good improviser is somebody who knows his shit, who knows his instrument. 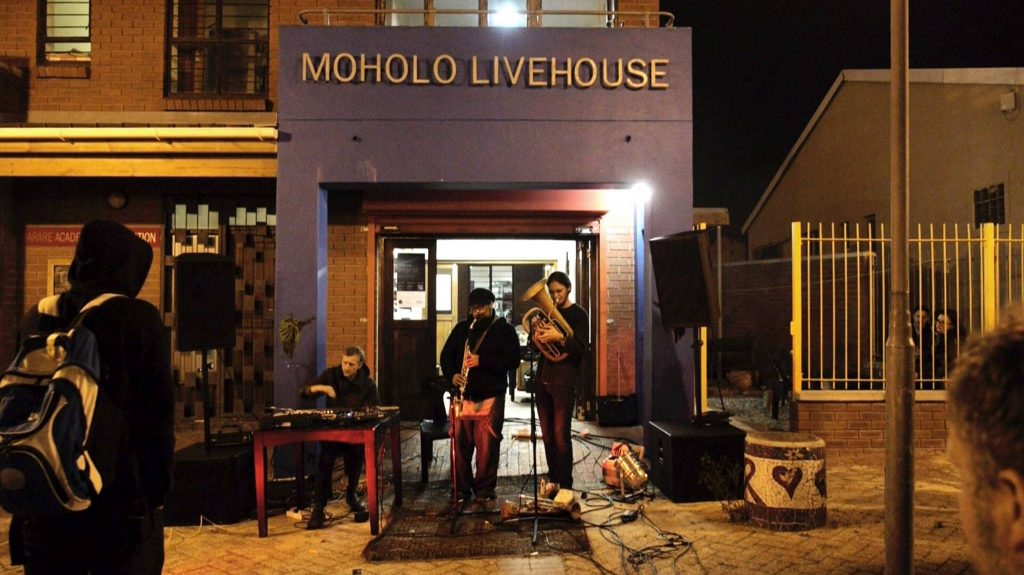 Arnfinn Killingtveit’s performance at the Atlantic House exemplified this expertise and use of structure. He performed, solo, a generative algorithmic composition that would have required about 20 hands if he had to play it conventionally. Through tapping on a table and connecting the motion to timers, calculations were generated according to the interval between each tap. Every time he hit the table, some numbers would stay the same and some would change to create a complex score of physical sounds computed through synth models. By removing human intervention, at least to a certain extent, the composer himself couldn’t be sure of the outcome, producing an otherworldly arrangement.

Exploratory, DIY approaches like the Edge of Wrong festival add value; especially in places where radio airtime has until very recently been monopolized by the American pop genre. Droning noise crescendos are not for everyone, but a free, open space that allows for play and experimentation is. In the same way that we acquire a taste for whiskey or become accustomed to the burn of chili, perhaps we can discover something amazing by sitting and listening to the noise.