Following protest action at the University of Cape Town and Wits University in Johannesburg against higher fees, students at Rhodes University (the students prefer to refer to the school as “The university currently known as Rhodes”) came out in protest against the “Minimum Initial Payment” that would require students in Rhodes residences to pay R45,000 (about $4,500) upfront by 15 January 2016. On Monday, 19 October, students barricaded eight of the entrances to the campus and tyres were set alight in several areas. At around two o’clock in the afternoon police allegedly used stun grenades on students at the nearby East Cape Midlands College, where Rhodes students had joined them in solidarity.

A line of journalists stood photographing protestors. A yellow band of police tape separated them, defining the bounds of the protest. “So far and no further,” the line seemed to suggest. Earlier that morning, about three hundred protestors—though that number would later swell—danced and sang while waiting for Vice-Chancellor Sizwe Mabizela, to address them. The police, about seven or eight officers, leaned against their cars and watched the crowd while smoking or checking their phones. Cameras clicked incessantly as the journalists craned or knelt, each trying to capture the protest in a single shot.

Journalists were there every step of the way, as they should be in a transparent society. What is problematic is the way journalists do their work and the kind of photographs that will inevitably come out of the protest. The perfect photograph of the protest, that single shot, will never be an image of the people handing out food to the protestors as the day wore on. It will never be of a black man and his white girlfriend holding hands as they listen respectfully to the speakers. It will never be the crowd quietened to hear what the university leadership has to say. It cannot be these things, because these are not saleable, and they do not fit into the discourse of protest.

Protest reportage takes place within a particular narrative, one that determines who has a voice, and who is a part of the faceless masses otherwise constructed as the ‘angry black mob’. This discourse of protest in South Africa perpetuates a view that protest is always violent, and this perception of violence dehumanizes the very real human beings and disengages the public from their very real problems. The animalisation of the black protestor perpetuates racist representations of people of colour as less than human.

Regardless of the fact that white students were part of the protest, and that the demand for lower fees and a more manageable payment system for the Minimum Initial Payment is relevant to us all, the photographs that will enter the public space will be of angry black men and women, nameless, only their body language (anger) and their fists (black power) speaking for them. As long as hierarchical power structures entangle the media and corporate entities, newspapers will not run stories that reverse the role of aggressor. 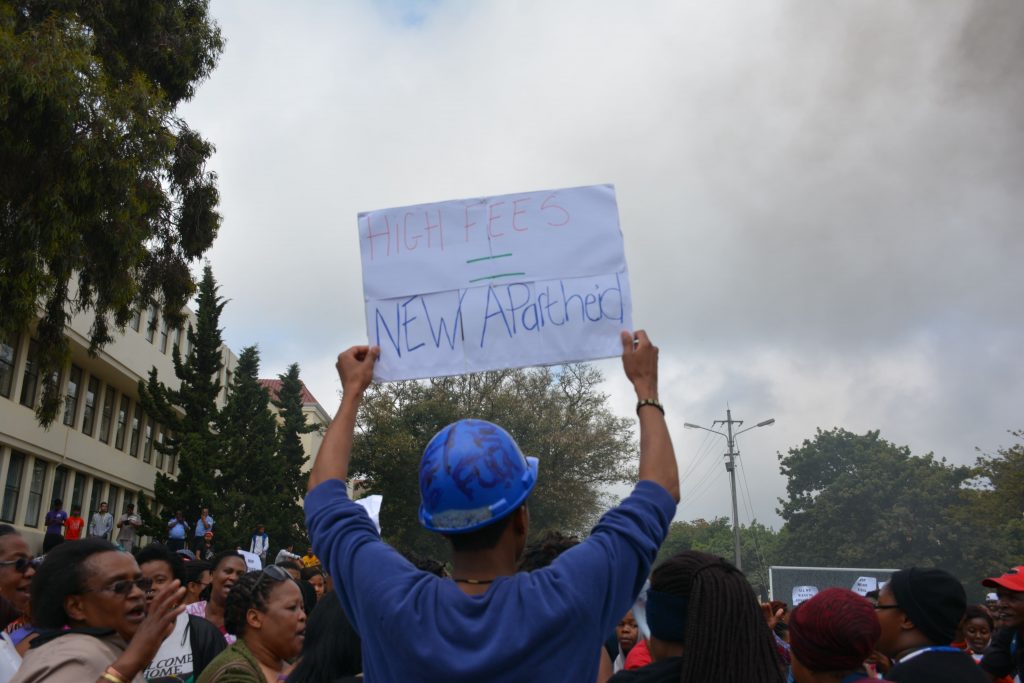 And to be clear: it is not the students who are the aggressor. Nor, for that matter, is Dr Sizwe Mabizela, who seems to have been constructed as a scapegoat for much of the discontent. It is the system we are fighting that is the aggressor. All that we can ask of one another is to listen which is what black students in South Africa, and black people all over the world are asking for. For an acknowledgement from power structures, from the judiciaries and from academic institutions that black lives really do matter.

Writing eloquently about the importance of disturbing the boundaries of protest methods, Jonis Ghedi Alasow, a political science student and member of the Black Student Movement at Rhodes, pointed out that protestors cannot voice their concerns within the bounds of the oppressive institution. While the question of whether this gives way to what Adam Habib, Vice-Chancellor of the University of the Witwatersrand, dismissed as exclusionary ‘vanguardist politics’ is a relevant debate, we are still required to question whether process and policy are systems of silencing.

By refusing to acquiesce to calls by government and university authorities to use the “appropriate channels” to voice our concerns, students are simply refusing to be silenced. But are we perhaps silenced in another way, on another platform? Does the media’s representation of protestors as dangerous, violent and almost animalistic not do the same work as that of the government and the university authorities?

By presenting students as irrational, dangerous and animalistic, the media give the public the right to ignore our demands. And that is more dangerous than a few burning tyres. When our population is so desperately in need of a skilled labour force, and our people so desperately unable to finance the education necessary to enter that skilled labour force, the most dangerous thing that can be done is to silence our voices. 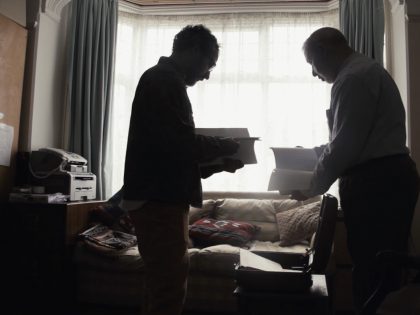 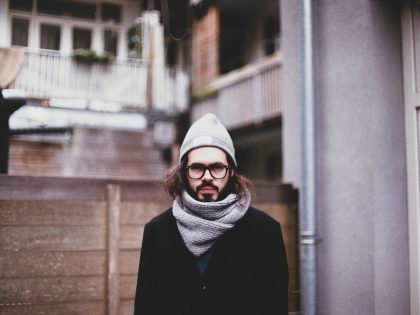