In what has become a regular trademark in higher education in Nigeria, the Academic Staff Union of Universities (ASUU) has just extended its month-long  action for another eight weeks. Since 1999 alone, the union, formed in 1978, has embarked on 16 strikes. Consistent with the reaction of any failed ruling class, subsequent Nigerian governments have consistently deployed propaganda to delegitimize both the ASUU strikes and the demands that have occasioned them. In doing so, it has consistently shown its hand; the Nigerian ruling class has long seen public higher education as a sworn enemy. If that had not been the case, how would one comprehend the regular contempt of the Nigerian state for successive agreements reached with ASUU?

The contested issues that the MOA sought to resolve include the provision of funding for basic infrastructure in Nigerian universities, the renegotiation of academic staff salaries and allowances—which fall vastly below comparable standards, even in other African countries—and the deployment of a proprietary payment system, the University Transparency and Accountability Solution (UTAS), in place of the government’s proposed solution, known as the Integrated Personnel Payroll Information System (IPPIS). But as observed by a growing segment of the Nigerian public and the majority of ASUU members, the 2020 MOA, on the side of the government, has amounted to a Memorandum of Inaction.

Despite increasing demands, the long history of state neglect and outright hostility suggests dim prospects for the required reinvigoration of public higher education in Nigeria. The successful privatization of the Nigerian state, which is a propellant of the crisis of the educational sector, was achieved due to the dominance of the forces of imperialism in the overall economy of the country. The infamous Structural Adjustment Programs (SAP) of the 1980s, under the order of the partnership of the IMF/World Bank, set into motion the defunding of the educational sector. The National Universities Commission (NUC), which is mandated to regulate the overall activities of higher education, also came under the control of  IMF/World Bank policies of privatization and concession. Since then, the NUC has had no qualms in endorsing the proliferation of defective, privately owned universities across the country.

It could not have come as a total shock therefore that while delivering a convocation lecture at Fountain University in 2017, Abubakar Rasheed, the Executive Secretary of the NUC,  declared that the future of Nigerian higher education lies with the private universities, that the country “needs more private universities.” In 2019 alone, it was reported that NUC was processing the applications of 303 new private universities, and the following year, Chukwuemeka Nwajiuba, the Minister of State for Education, made it clear that the Nigerian state intends to concede the ownership of publicly owned schools—particularly those “that are not doing well”—to the private sector.

This proposal is not only laughable, but it also illuminates the absolute urge to repress the continuous existence of the public institutions and schools, at all costs. It is against this backdrop that the federal government has consistently ignored and failed to implement several rounds of agreements previously reached with ASUU. So, once again, in spite of the signed 2020 MOA, lecturers across public universities have returned to the barricades. Needless to say, the educational sector is in a state of decay in postcolonial Nigeria. The consequences of the insatiable chase of private profit and other forms of capitalist self-interest by the ruling class are evident in the sorry state of the sector. Since the self-serving interests of this class are in sharp variance with the aspirations of the ordinary people, the pursuit and acquisition of qualitative education for the latter has become “expensive shit”—as Fela Kuti put it. The crisis of the educational sector is symptomatic of the privatization of the Nigerian state—to ensure the steady accumulation of wealth for the ruling class.

The crisis of capitalist underdevelopment in postcolonial Nigeria is visible in the widening disparity between the “haves” and the “have-nots.” The ASUU will therefore have to tackle the ongoing attempts of the Nigerian ruling class to commercialize publicly owned institutions within the orbit of class struggle. A serious response to the predatory role of the Nigerian state must include the articulation of an alternative to the question of political power; the rank and file of students, their parents and the Nigerian masses as a whole, ultimately have the duty of actively participating in the overall struggles of ASUU to preclude the auctioning of public institutions. Should the Nigerian ruling class succeed in its nefarious attempts, the production and consumption of knowledge will not just be “expensive shit,” but also a rarity. 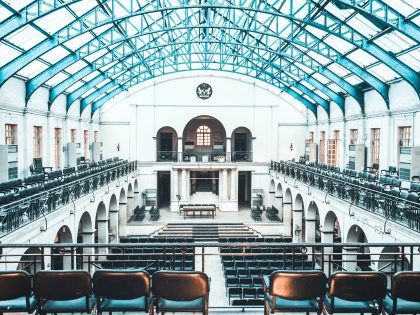 Why are Nigerian academics on strike?

Since 1999, Nigeria’s academics have gone on strike 15 times. Since February, they’ve been on strike again. This week on the AIAC Podcast, we unpack why.