The workers I spoke to are both former Shell employees and “militants”—the latter among groups who fought for resource control and jobs and started this parallel industry to generate income. Today’s bush refineries followed the amnesty program, which promised reintegration and rehabilitation for laying down their arms and pledging to end fighting in 2009. Perhaps one quarter of Nigerian oil is stolen, by a complex network of individuals in the military, politicians, oil companies, and local communities. Perhaps a fifth of this is related to the swamp refineries.

Nigeria is the archetypal example of the “oil curse,” where countries endowed with large oil resources score low on democracy and welfare, but high on conflict and corruption. Even though the lack of jobs creation and working conditions are crucial for understanding the social conditions in the country, there is seldom talk of working conditions in the oil industry. Nigeria is Africa’s largest oil producer and produces more than two million barrels of oil daily. The profits mainly befall the “oil complex”—a small elite of politicians, company managers, and local community leaders, while 70% of Nigerians are poor, and social benefits scant. The country has just over 200 million inhabitants, so the petroleum profits would not lift the majority out of poverty by direct profit sharing, but the oil industry and the petroleum dependency as it stands is in the way of other industrial developments and job creation. Nigeria is a net importer of refined products (the four state-owned refineries operate at a quarter capacity), and the country has a small supplier industry.

Nigeria is also a country characterized by systematic violations of trade union rights, according to the International Trade Union Confederation (ITUC). Oil workers are particularly vulnerable. In 2015, an estimated 60,000 worked in the oil industry, and unions claimed about half were organized in the oil workers’ unions NUPENG (blue-collar workers) or PENGASSAN (white-collar workers). An official from PENGASSAN’s regional office in the Niger Delta told me in October last year, that during the combined COVID-19 and oil crisis, even without proper statistics, he could say that over 20% of members have been made redundant.

Nigerian workers are the face of IndustriALL’s global campaign to secure permanent and decent conditions in the oil industry. “We work like elephants, and eat like ants,” a worker told the global union federation for energy workers, IndustriAll. In 2019, a contract worker earned between US$137 and $257 a month, for a 72 hour week. Since then, inflation has eaten up much of these wages’ purchasing power. In the ongoing oil crises, union officials say that many members have accepted lower wages to keep their jobs. In 2020, there were three labor disputes against Chevron alone (which is also Norwegian Equinor’s partner in Nigeria) over dismissals without dialogue. An employee of PENGASSAN said that joining the union carries a 50 percent risk of losing his job, still the two unions estimate a membership increase: In times of crisis, unions provide hope for jobs protection.

For 60 years, there have been annual oil spills similar to the Exxon Valdez accident in the Niger Delta, and in 2019 Nigeria flared almost 8 billion cubic meters. There is little documentation about oil workers’ health, but those from the artisanal refinery camps, communities, and union representatives all talk about skin diseases, vision impairment, respiratory, and fertility problems.

Shop stewards describe extensive health problems but say workers are afraid of risking their jobs if they go to doctors who often report to company management. Organized workers normally receive higher wages and better job security. But collective bargaining is resource-intensive, since it is at the company level, and is primarily about wages. One shop steward from PENGASSAN said that he would rather ask for monetary compensation so that the members can support their family. Another said “All I can do is ask the members to drink milk. So, I buy milk.” Milk calms the throat, he explained. Interestingly, the artisanal refinery workers explain that health costs are paid by the camp leader, and that they work actively to reduce emissions and avoid environmental damage. If they are formalized and become legal, this will improve, they say.

The labor market in the Niger Delta is characterized by high unemployment, conflict, and violence. Oil workers often refer to the colonial strategy of “divide-and-rule” to describe how oil companies operate to avoid trade unionism. Blue-collar workers are most vulnerable with more precarious conditions, and the few who are left in permanent positions in a given company are often promoted. The blue-collar union, NUPENG, is considered more radical and “militant,” so such promotions are a way of keeping that union out of the workplace, as the promoted workers will belong to the more moderate white-collar union PENGASSAN. Another way to avoid labor conflict, is to breach the local content law on the use of foreign workers. The two unions have jointly fought against the abuse of the expatriate quota, as “expats” are not locally organized and can keep production going in the event of a local strike. Companies also stoke and take advantage of ethnic differences to pitch workers from different communities against each other.

Some jobs created under “local content” schemes are problematic. So-called host communities (where production takes place), have witnessed oil spills that have ruined alternative livelihoods, such as fishing and agriculture, but not the expected jobs from the oil industry. This has been central to peaceful resistance (such as the struggle by the Movement for the Survival of the Ogoni People—Mosop since the early 1990s) as well as violent conflict. Over the past decade, Shell, and later others, have developed so-called Memorandums of Understanding with the host communities. This includes contracts for cleaning, security, and food canteens—the so-called “stand-by-workforce.” They are often employed through patronage relations that require loyalty to the community leaders, rather than a formal contract. These workers are often difficult or sometimes dangerous to organize.

Those I spoke to who work under such community contracts presented themselves as Shell employees. In 2014, I met a group of security guards hired by the community leadership who had not been paid for six months. They considered Shell responsible, while Shell responded that the local leader had been paid and thus was accountable to the workers. However, that leader was threatening and considered dangerous. Despite assistance by non-governmental organizations to press for environmental and human rights, these workers are unfamiliar with their rights as workers and remain vulnerable to exploitation by big oil interests. According to union representatives, contracted workers are also exploited, used to sabotage union strikes or actions. The community contracted workers I talked to explained that many in the communities get paid, but not for working. However, they can be called upon when needed. According to union representatives, they can be used to sabotage union strikes or actions. A former community liaison officer at Shell confirmed this but added that in some cases the unions have “the upper hand,”, including better contacts in the villages to support worker actions against companies.

“When the oil unions in Nigeria sneeze, the whole country catches cold,” a company manager reflected. The oil unions have a particular and historical importance in policy influence and in the trade union movement and popular resistance. The oil unions have strong strike power, in that a production and distribution stop of petroleum could cut off fuel flows to the country and financial flows to the political and economic elites. They have often used this power in popular protests for democracy and petrol subsidies, most famously in 1993 when oil union strikes contributed to the departure of two dictators. During Occupy Nigeria, in January 2012, it was only when PENGASSAN threatened to strike that President Goodluck Jonathan called for negotiations. However, in 2012 many other protesters and unions’ civil society partners, accused the Nigerian Labour Congress in general and the oil unions in particular for abandoning their social engagements and alliance politics. The oil unions are weakened, on the defensive, and their capacity and will to strike has waned. In conversations with oil union officials, they describe themselves as having no time to participate in popular protests. In the #Endsars protests, for example, the oil unions declared sympathy, but explicitly asked their members to stay at home. This has led to continued dissatisfaction and further division in alliances between the trade union movement and other civil society groups. The weakened oil unions is a weakening of the Nigerian trade union movement as a whole. 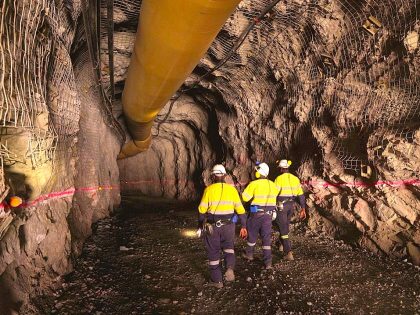 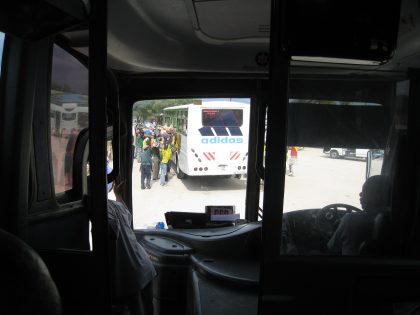 How can a fragmented and precarious working class unite against exploitative labor relations and, in the process, transform them? 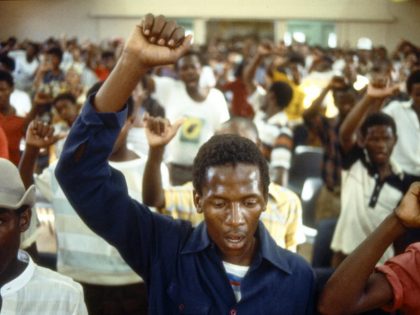 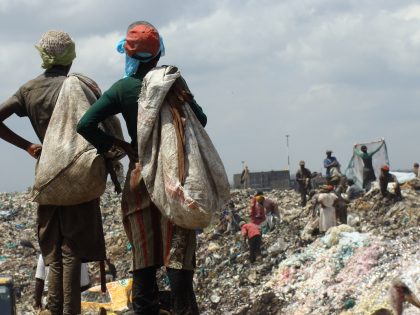 Prevailing thoughts on slums stress their transitory character, but the complexity of everyday life in slums, including how people manage survival, is lost in the way they are understood from the outside. 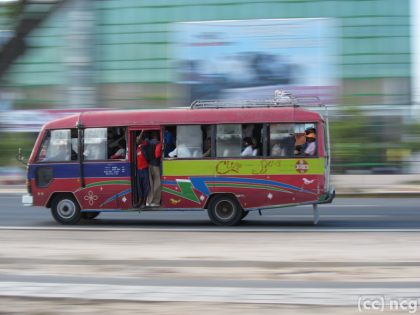 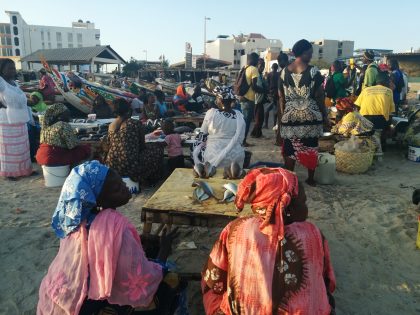 What is the death of a pregnant informal fish seller in Dakar to the suffering of sweatshop workers in Bangladesh or refugees at the borders of Europe?