The fact that mining in sub-Saharan Africa largely occurs in rural areas has often engendered conflicts between large-scale mining companies and indigenous people. In these areas, traditional chiefs lay ancestral claims to the land. These chiefs, being custodians of the land, are consequently at the center of the conflicts between mining companies and local communities affected by mining operations. Therefore, mining companies are increasingly being forced to forge alliances with these chiefs and making them play a key role in the recruitment of local labor. Such has been the case between Zimbabwe Platinum Mines (Zimplats), traditional chiefs and the local Mhondoro-Ngezi community in which Zimplats operates.

The Zimplats context resulted in the establishment of a local labor recruitment regime centered on chiefs’ and job-seekers’ claims of autochthony (meaning “born from the soil”). The notion of being born of the soil, as Geschiere argues, is a powerful mobilizing force against perceived “outsiders.” As custodians of the land (from which locals claim to be born from), Mhondoro-Ngezi chiefs have the task of articulating the grievances of the local communities who are displaced from their land to pave the way to mining operations and bear the brunt of the environmental and social impacts of mineral extractions.

In the Mhondoro-Ngezi case, since the mining claims which Zimplats sought to exploit were located within an area under the control of traditional leaders, the company had to work closely with the chiefs who claimed autochthonous belonging to the area in order to avoid any conflicts. It is against this background that in 1999 Chief Ngezi conducted a traditional ceremony at Mulota Hills to appease the spirits of his ancestors and grant his consent for the commencement of mining operations in his area. The ceremony also served the purpose of affirming the chief’s authority as the custodian of the land on which Zimplats was about to commence its mining operations and also to forestall any similar claims by rival traditional leaders. Ngezi asserted his autochthonous belonging to the area by claiming that his ancestors were buried in the Mulota Hills. By claiming the presence of ancestral graves at the Mulota hills, Chief Ngezi was making claims to the land and through it the platinum resources beneath it. Such claims were later used by the Chief to negotiate for jobs and to mediate the labor recruitment process.

Mhondoro-Ngezi is divided amongst three Chiefs—Ngezi, Nyika and Benhura—and the three used their claims to autochthony to establish close ties with Zimplats and to demand access to jobs for people in their areas of jurisdiction. This was based on the fact that they lost their ancestral lands to mining operations and were thereby entitled to preferential access to jobs. Failure to establish a recruitment regime premised on this preferential access to jobs for locals would anger the ancestor and cause accidents disruptive to the mining operations.

Zimplats ceded to these demands and it gave the three main chiefs in Mhondoro-Ngezi the authority to register the names of job-seekers from their areas of jurisdiction, and forward them to the company’s human resources department for recruitment. Zimplats’ local labor recruitment regime, therefore, accentuated the power and influence of chiefs in the area.

The waiting lists contained jobs-seekers’ personal details such as name, age, gender, national registration number and village of origin. (The national registration number contains the number which indicates the holder’s district of origin as well as the village they hail from.) Such details can be used to expose outsiders who would usually have to rely on the support of chiefs to have their names registered on the community job-seekers waiting list.

Chief Nyika is visually impaired, as a result of this impairment, he relies on the assistance of his aides and grandchildren who also managed the job-seekers’ waiting lists from his area. However, it is alleged that the chief’s grandchildren would receive bribes from job-seekers from areas beyond Mhondoro-Ngezi and add their names to the list they would submit to Zimplats. Some job-seekers offered cash and livestock to have their names registered on the community job-seekers waiting list. The manipulation of this labor recruitment regime by chiefs and their aides even today causes a lot of disquiet among locals who complain that outsiders are getting jobs ahead of them.

Although traditional leaders’ manipulation of the local labor recruitment regime generated tensions, the high rate of unemployment played a critical role in engendering the conflicts. Zimbabwe’s economic crisis and the high unemployment rates it created made it difficult for unskilled locals to get access to jobs. A corollary to this was the increasing tensions between local job-seekers and traditional leaders. Rumors about how outsiders were working in cahoots with local chiefs and Zimplats recruitment officers to beat the system also further accentuated the tensions. In addition, the ruling ZANU PF party politicians also submitted their own lists of job-seekers who were usually members of the party’s youth wing. Zimplats accepted the lists from the politicians to avoid tensions.

Faced with the challenges of getting access to jobs generated by the fraught labor recruitment regime, local communities often resort to community protests to get more concessions from the mining company. One such protest broke out in May 2005. The community job-seekers protest was organized by Morgan Mupamombe, a member of the Ngezi chiefly family who had submitted his name for several years but to no avail.

What is apparent is that autochthony is one of the most important tools deployed by local communities in their struggles to access jobs and other resources from the mining company. When it was reported in 2012 that Zimplats’ Bimha Mine was experiencing some structural challenges which rendered it unsafe, local community leaders interpreted it as a sign that their ancestors were not happy. Consequently, when the mine collapsed in June 2014, leading to its closure, the community leaders felt vindicated and they linked the collapse to the anger of their ancestors against mining operations. The community leaders argued that practices such as the desecration of ancestral graves and other sacred places through the mining activities as well as the failure by the mining company to provide locals with jobs were making the ancestors angry.

Although Zimplats proffered a scientific explanation for the collapse of Bimha mine and refused to consider the spiritual explanations which they locals were circulating, the fact that locals believed that there were connections between mine accidents and the anger of their ancestral spirits concerned them. Consequently, in 2014 the company acceded to the demands of the community to conduct another traditional ceremony to appease the ancestral spirits of the area.

Although the mining company did not publicly admit to having initiated this traditional ceremony, what is evident is that it was keen to ensure that their mining operations would not be disturbed by community protests or rumor about mine accidents being caused by angry ancestral spirits. 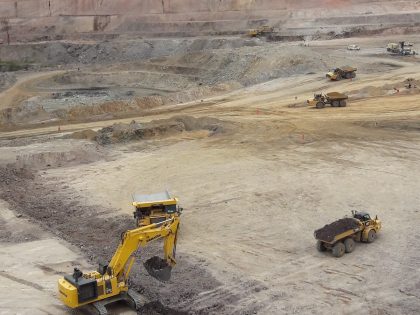