Since the signing of the 2019 power-sharing agreement between the Sudanese military and the civilian pro-democracy coalition, the Forces for the Declaration of Freedom and Change, there has been a consistent level of tension and conflict between the demands of the resistance on the one hand and the policies and decisions of the “power-sharing” government on the other. The resistance—organized in neighborhood resistance committees initially charged with field operations like organizing protests, building barricades, and distributing pamphlets—has since evolved to become the political voice of the streets over the past two years. In fact, the resistance committees’ work has led to several conflicts and protests against government policies, from the delay of investigations and trials for the victims of the June 2019 massacre, to economic liberalization policies. These protests always began with polite, reassuring support for the government, followed by the mention of protesters’ demands—a strategy  caused by the messaging of the government and the ruling block, which repeatedly asserted that any objection to the government would lead to handing power back to the military.

In the weeks leading up to the coup, tensions rose between the military and the civilian coalition in government. Military leaders gave speeches about the failure of the civilian government, citing the negative impacts of economic liberalization measures, which have led to increases of over 150% in costs of living in the last year alone. (It is worth noting that the head of the coup, General Abdel Fattah al-Burhan, would endorse the same policies in his first press conference the day after the coup.) Amid these tensions, resistance committees, labor unions, and other groups started preparing for the coup, with some unions issuing proactive strike announcements effective the moment a coup should occur. Resistance committees called for and successfully organized the October 21st Millions March, uniting under the slogan, “Down with the partnership of blood.” It was clear to them by then that power cannot be shared and that a partnership with the military is a partnership with criminals and, as such, a compromise on justice.

On the morning of October 25th, Khartoum, the Sudanese capital, woke up to clear signs of a coup: the scrambling of radio stations, an internet shutdown, more army vehicles in the streets than usual, and rumors that the prime minister and his cabinet had been detained. That same day, people occupied the streets and built barricades as early as 6 a.m., strike calls were activated, and the country was shut down. By the end of the day, four martyrs had been killed at the hands of the military coup. The coup would harden the position of the public and the resistance committees against the military, giving rise to the call for a total removal of the military from politics. This call, which had been widely seen as radical and idealistic until a few days before the coup, is now the mainstream position of the Sudanese people.

Resistance committees are currently leading the movement on the ground in Sudan. They are organizing protests, enabling civil disobedience inside neighborhoods by providing basic goods and services to their populations, and in some areas even working on electing and appointing local governments. The committees are also collaborating to produce joint sets of demands. This exercise has paved the path for revolutionary discussions that imagine different forms of governance and constitution making while also reviewing those scenarios, demands, and imaginations more critically. The committees are engaged in intellectual work as much as they are in protesting and building barricades.

Nevertheless, you can watch news about Sudan on regional and international networks for days without hearing a word about resistance committees. The media is both unable and unwilling to understand and reflect their real role. But the committees and their organizing is what stopped the coup from being successful, and they are the main tool that we as Sudanese people would like to share with revolutionaries around the world.

Sudan’s resistance committees are united against the coup, with a clear position—known as the “Three No’s”—against the military: “No negotiations, no partnership, no legitimacy.” The main obstacles to the fulfillment of these slogans are international mediators and others working to restore the pre-coup power-sharing situation. Major parties involved in or promoting mediation efforts include the Special Representative of the UN Secretary-General for Sudan, as well as the US Special Envoy for the Horn of Africa, who has called the demand of removing the military from politics an unrealistic one. The US envoy has also described the military’s violent reaction as “exercising restraint,” despite the killing of tens of protesters. A number of Sudanese businessmen and regional players have also been involved in promoting mediation and a new compromise.

But these efforts have been publicly rejected by the resistance committees, and as a result, attempts have been made to control and co-opt their revolutionary work. This includes a recent invitation from the prime minister in detention (since released) to resistance committees to visit him for an “update on the status quo.” The committees publicly rejected the invitation, instead offering to arrange public meetings for the prime minister in which he would address his people in the streets. Moreover, they announced that they are not interested in such negotiation and mediation efforts. This rejection of closed-room politics is brand new to Sudan—as are many of the actions and decisions of resistance committees.

Under these circumstances, it must be highlighted that the best support that the Sudanese revolution can get from international revolutionary allies is for them to reject and fight their own governments’ efforts to force a government of killers on Sudan for the second time. Ask where and what your government is spending money on in Sudan, and call out any efforts toward another “compromise” and any other attempts to legitimize military rule.

During the Sudanese uprising, Khartoum became a carefully re-mapped city where only the revolutionaries knew its paths. 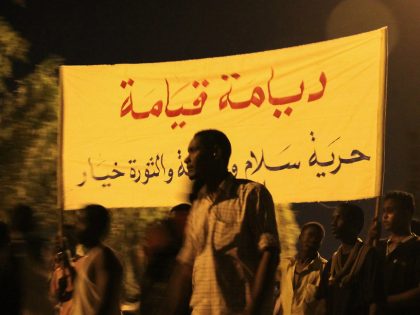 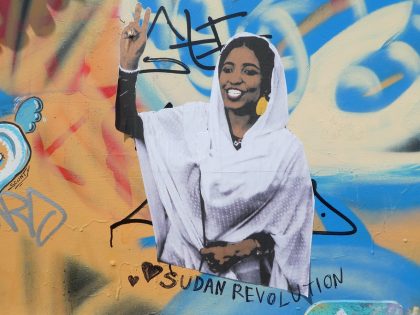