Ever since Sudan’s Rapid Support Forces violently ended the months-long sit-in protests in the capitol Khartoum during the final week of Ramadan, Instagram has been awash with posts dedicated to spreading awareness of the largely internal struggle. With few exceptions, the still-precarious Sudan Revolution has demonstrated just how insufficient, and at times nefarious, the commodified cyberspace of this visual platform can be when influencers and lay-users set their mind to a common task, however misunderstood.

While I would argue that certain posts have been much more successful than others in identifying legitimate avenues for affecting change—such as sharing bank account information and apps to mass-text members of Congress—many of the most-widely shared posts on Instagram not only lack an understanding of how best to aid the Sudanese protestors, but also grossly misrepresent the basic facts of the uprising they seek to support. The latter is somewhat causal to the former and both reinforce one another.

One commonly shared multi-image post incorrectly suggested that the sit-in protests originated after the ousting of Al-Bashir and the military’s decision to take control of the transitional process. More glaringly, and certainly more significant than the omission of ‘al-’ before ‘Bashir’ and the claim that living protestors had been thrown into the Nile alive (no reports could be found that corroborated this claim), was the post’s categorically false statement that Al-Bashir stepped down rather than having been removed by force.

Although they might seem insignificant at first, these widely-shared inaccuracies effectively erase the Leftist nature of the protests and the movement itself. By not acknowledging the material origins of the Sudan protests (i.e. the tripling in bread prices at the end of 2018) and suggesting that something other than extremely effective labor organizing resulted in Al-Bashir’s ouster (perhaps, however absurdly, his good will), Instagram posts and those creating them contribute to the collective amnesia of the significance and effectiveness of these groups and their actions. This results in the liberal essentialization of the Sudanese Revolution.

Just as liberalism creates what it seeks to destroy (the inclusion of every type of person necessarily requires the atomization of people into different groups), Instagram posts using the hashtag #IamtheSudaneseRevolution—as if—create the same selective empathy they attempt to address. This effect is perfectly demonstrated by another widely-disseminated post, unintentionally yet ironically titled Selective Empathy, in which the outcry over the Notre Dame fire is compared to that of the violence that occurred in Sudan. The post shows the number of dead and injured and the money raised following the Notre Dame fire (0, 3, and $1 billion respectively) and the larger figures of the dead, injured, raped, etc. following the Rapid Support Forces’ violent breakup of the sit-ins in Khartoum and Omdurman. Lingering in the background of this post is the absolute disregard for contemporaneous conflicts that have resulted in far greater loss of life and suffering. Nowhere is this better illustrated than in Yemen where the Saudi-led, US-backed coalition has been waging a war for over five years, a war which increasingly shows signs of genocide and has resulted in the deaths of thousands of innocent civilians due to a cholera outbreak that has infected more than 100,000 people.

Posters will have you believe that they are doing what they think is right by spreading awareness of the Sudanese Revolution and the violence doled out by the regime. One such account named @sudanmealproject claimed to be donating “one meal to starving Sudanese children.” The account, which had no website link, no name, and no obvious affiliation with any other organization, accumulated 398,000 followers and at one point removed a story post that claimed they are working to find a partner organization to help distribute their donations (a number of copycat accounts with thousands of followers of their own have since materialized).

While I agree that increased awareness is an absolute and unassailable good, social media, especially commodified social media like Instagram, adds a second edge to that sword. In claiming, as the “Selective Empathy” post does, that the “global response” has been one of total and complete silence, those who share these posts expose an ignorance that is just as complete.

Were those individuals (i.e. account holders) really paying attention to the conflict, they would know that the global response has been far from one of inaction or apathy. Al Jazeera, which has covered the protests-cum-revolution in great depth since December, reported the almost near-immediate reaction by the current Prime Minister of Ethiopia, the progressive Abiy Ahmed, who’s envoy was critical in starting talks between Abdel Fattah al-Burhan’s Military Transitional Council (TMC) and the Sudanese Professionals Association (SPA) and Alliance for Freedom of Change (AFC). Even Eritrean President Isais Afwerki spoke in support of the uprising.

In the three weeks since the violence, not only have these neighboring nation-leaders spoken out and engaged in talks to end the violence, but also the African Union itself suspended Sudan from the organizational body. This, as well as the actions mentioned above, was but a first, more regional step that followed the pre-violence statement by UN Secretary General Guterres. In claiming that “the world has been silent,” it is almost as if those who share Sudan-related posts either do not pay attention or do not consider much of Africa to be included in “the world.”

Apart from the global response so far, it is difficult to understand what the Instagram ethos and the many blue-profiled accounts really want done. Given that Saudi Arabia, UAE, and Egypt are all not-so-quietly backing the Sudanese military, US involvement, especially under a Saudi-loving Trump administration, seems rather unlikely.

Moreover, the social media campaign to raise awareness suffers from the collective amnesia regarding the efficacy of US involvement in foreign conflicts, regardless of the lingering implications that it has had for places like Syria and Libya. As Nanjala Nyabola wrote for Al Jazeera, “Those who are asking for the so-called international community to ‘do something’ may not appreciate that the only ‘something’ it has [emphasis added] done in recent years was instigate forever wars, even though the promise of multilateralism has precisely been to strengthen diplomatic levers and help avoid conflict.” That being said, it is not without reason that contacting congressional officials might do something to weaken the external forces propping up the TMC’s resistance to the demands of the SPA and the Alliance.

The increasingly wide-spread ignorance being bolstered by the Sudan social media campaign exhibits a form of Afro-pessimism that cannot be ignored. With the erasure of the material origins of the protests and the failure to read correctly Al-Bashir’s ouster, the social media awareness campaign tacitly assumes that the Sudanese people under their leadership are less than effective with regard to communication and organization.

This is not a genocide, this is not a famine or a climate change catastrophe, this is a revolution with a clear moral choice for the people of Sudan who have united against the military. To shout from the social media rooftops that the Sudanese people need our help, our awareness, is to misunderstand how revolutions (and foreign intervention) work and to suggest that they are, despite their demonstrated success to this point, incapable of winning it for themselves.

After only two days of civil disobedience vis-a-vis a nation-wide strike, the military, which previously sent the Ethiopian envoy packing from Khartoum, caved to their request to reopen talks. Not only this, but the military has turned to both the African Union and the Ethiopian government to come to a consensus on their separate plans to move forward. Demonstrations in Omdurdan and Khartoum continue, albeit at a lesser pace since the internet blackout. Progress on the backs of labor organizers, has been and is still being made. This is nothing if not a testament to the viability of the Sudanese Revolution’s leadership under the SPA and the Alliance. Posts continue to circulate, however, suggesting that the situation has largely remained unchanged.

While I will reiterate my point that increased and heightened awareness is certainly key in discovering legitimate avenues for affecting positive change, the social media aestheticization of the Sudanese Revolution, perhaps most observable in the artistic rendering of the so-called Woman in White, serves primarily to bolster the reputation of the individuals who post such content, such as the aforementioned and now debunked @sudanmealproject. The general tone of these posts—one entirely of shame—is evidence of this. It has been argued that shame is an effective tool against normalization, I would argue that it is not appropriate when directed at individuals required to act in the battle to raise awareness.

Although it certainly spreads the word initially, guilt-tripping individual social media users en masse may ultimately have its own normalizing effect in unintentionally dissuading people from engaging long term. Speaking on a similar mechanism for conjuring compassion and change, Susan Sontag states in Regarding the Pain of Others that “Shock can become familiar. Shock can wear off. Even if it doesn’t, one can not look.” Shame, the Instagram-sister to shock, can also wear off, and does.

As social media continues to get the Sudan Revolution wrong, it is vital for us to question whether the actions of woke liberal influencers are really divorced from their false-moral clout-mongering and whether the commodified tool they employ is really appropriate for the task of sustainably supporting a uniquely internal and Leftist movement. Perhaps standing with the people of Sudan actually does require some silence, at least when it comes to Instagram. 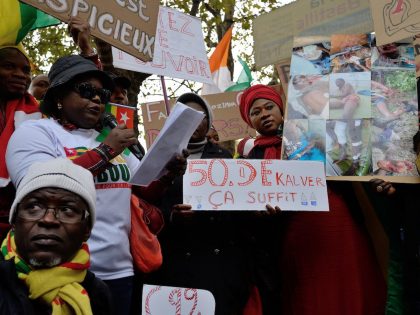 Who do you believe about Togo’s uprising?

On the morning of October 18th, I woke up to a message from a friend in Togo, West Africa: “Hello, Liza. For the past three days, the situation has not been going well in Togo following … 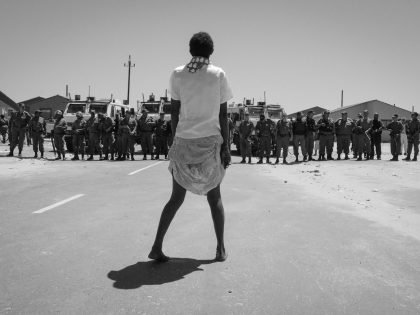 The story is always more important than the picture

I was born during the state of emergency in South Africa in the 1980s and witnessed our country’s difficult birth into relative democracy in the 1990s. My time abroad has shown me that structural injustice …

The Internet has lied to the gullible for years, and Africa’s version of fake news sites have been carrying on the tradition.