The opening lines of a poem written by Dr. Stella Nyanzi and posted on Facebook in November 2018, the day after Yoweri Museveni’s alleged birthday, read: “Yoweri, they say it was your birthday yesterday / How bitterly sad a day!” Alleged, because this date was one he estimated, due to the fact that his exact date of birth was never recorded. The poem expresses intense regret and sorrow about Museveni’s birth, stating that Uganda would have been spared the oppression, suppression, corruption, demise of public institutions, unemployment, bad governance and the erosion of morality in society, had Yoweri had not been carried to term: “I wish the infectious dirty-brown discharge flooding Esiteri’s loose pussy had drowned you to death.”

Dr. Nyanzi invokes images of the vagina in expressing her low opinion of Museveni’s rule of Uganda. The vagina, as a conduit of life, joy, disease and death is linked to childbirth, motherhood and corruption in her poetry. Esiteri, who Dr. Nyanzi names in the poem, is scorned for being mother to Yoweri, who is himself a source of bitterness to many.

This linkages between the vagina, childbirth, corruption and motherhood play out in a variety of ways. In biology as in society, there is little to zero burden of proof on mothers concerning the parentage of children as compared to that borne by fathers, and traditionally as well as biblically, the burden of scorn, bitterness, reproach often falls on the mothers of ill-mannered children. The last lines of the Facebook post are a challenge:

Ask the bodabodamen to direct you to Mama Stella’s house with a red gate. I refuse to be gagged!

On November 2, 2018, Dr. Stella Nyanzi was arrested at a police station where she had gone to secure clearance ahead of a planned peaceful protest against Makerere University’s failure to reinstate her as a researcher at the Makerere Institute of Social Research (MISR) after she had been unjustly fired for staging a naked protest.

The state claims that her arrest was for disrupting the peace of the President of Uganda. Based on the provisions of the Computer Misuse Act, 2011, the charges focus on the language of her poem, characterizing it as obscene and deviating from “African culture.” However, these charges run counter to the very African culture that the state invokes. Ganda culture and traditions bestow a semi-god presence upon a Nnalongo (mother of twins). Dr. Nyanzi is a Nnalongo. A state that drafts laws that penalize homosexuality because it is “not African” cannot be the same state that penalizes a Nnalongo for functioning within the same cultural precepts.

This is not the first time that Dr. Nyanzi has been apprehended or imprisoned by the police.

In addition to her having been imprisoned for 33 days in 2017, Dr. Nyanzi has three different cases currently pending in Ugandan courts. The first case arose from Makerere University suspending her for staging a naked protest against what she described as “compromising the research mandate” at the Makerere Institute of Social Research (MISR) where she was a research fellow. She successfully challenged the suspension before the Staff Appeals Tribunal, but Makerere University refused to reinstate her. She is therefore suing the University for not reinstating her to her job. The second is a “cyber harassment and offensive communication” case which stems from a Facebook post in which she calls President Yoweri Museveni “a pair of buttocks.” The third is a civil case at the High court protesting the violation of Dr. Nyanzi’s right to freedom of movement as she has been placed on a no-fly list.

Social Media has been the most effective alternative platform for political activism and government criticism in Uganda since a 2009 clampdown on radio, newspaper, and television in an attempt to curtail protests and flow of information in Buganda kingdom following tension between Museveni and the Ganda king.

In 2011, social media, especially Facebook was the main medium for mobilization for “Walk to Work” protests which were organized to bring about a Tunisia/Egypt type change of government in Uganda.

In that same year, the Museveni government introduced a law that would govern computer use (The Computer Misuse Act, 2011). The law’s intent is censorship. That law alone could not stem online criticism of Museveni and the use of social media for political mobilization. During the 2016 presidential election, social media platforms had to be blocked in Uganda.

Dr. Nyanzi made a name for herself as an activist primarily on Facebook, using the platform to critique Museveni’s regime. In the last line of the poem that landed her jail in this instance, she declares her resolve to not bow to censorship.

Dr. Nyanzi is an activist, a writer and renown researcher in the fields of sexuality, family planning and Public health. She holds master’s and PhD degrees in Anthropology from University of London, and a bachelor’s degree in Mass Communication from Makerere University. She is widely published in African Queer studies. She also boasts of street cred in Political and Human rights activist circles. She is one the most prominent allies of the Ugandan Queer movement. She convened a Women’s Protest Working Group and a Women’s March in Kampala condemning femicide in the country. She has also mobilized support for victims of military brutality or what is commonly known as the Arua Saga.

Museveni’s response to Dr. Nyanzi does not address the failings she raises poetically and metaphorically but has instead levied criminal charges against her. By charging Dr. Stella Nyanzi, the government aims to make an example out of her and send a warning to others who use social media platforms to criticize the regime.

In an aged chief magistrates court building at Buganda Road in Kampala, close to a hundred people regularly wait for Dr. Stella Nyanzi’s file to be called. The presiding magistrate is wont to call other cases ahead of Dr. Nyanzi’s in as much as Dr. Nyanzi arrives at court promptly.

For these friends and supporters outside Uganda, Dr. Nyanzi’s fight feels at once close and far away. Far away, because one tends to feel the weight of distance and seeming powerlessness. Close because it is easy to recognize the forces that are trying to squash Dr. Nyanzi and other dissenting Ugandan voices by association.

As state and security organizations increasingly pay attention to social media and to the opportunities these platforms provide for repressed groups to organize and agitate, Museveni’s use of the Ugandan state apparatus to silence Dr. Nyanzi must concern all of us.

Oppressive systems worldwide are interconnected, and therefore our struggles against these systems need to be interconnected as well. Here, the words “nobody is free until everybody’s free” by Fannie Lou Hamer serve to both warn and remind us that our liberations are connected.

The desire by oppressive regimes to crush opposition and the need for patriarchal systems to punish women especially for stepping out of line are linked, and both come into play where Dr. Nyanzi is concerned.

That which fuels the Museveni government attempts to crush Dr. Nyanzi in Uganda are the same things that drive Nkurunziza in Burundi to throw schoolgirls into prison for “insulting” him, and the reason why Ilhan Omar is singled out for particularly intense vitriol in the USA, is the same reason why for the past thirty years, Diane Abbot has been the target of intense hate and harassment in the UK.

From Marielle Franco in Brazil, to Alisha in Pakistan, Diana Sacayán in Argentina as well as countless others who have been murdered, there is real danger in being a woman who speaks up and speaks loudly against oppression.

And because there are differences in the levels of risk we face for espousing political views depending on where in the world we live, we can work in solidarity across boundaries by supporting movements in other places in the ways we are better placed to do.

“Nobody is free until everybody’s free” is worth repeating frequently—lest we lose sight of the need to work together in solidarity with all the people around the world who seek freedom.

This spirit of understanding that our liberations are connected was invoked by Ghanaian journalist and feminist activist Nana Ama Agyemang Asante in response to the policeman who asked, “Don’t you have problems of your own here?” as she applied for a permit to hold a protest in solidarity with Dr. Nyanzi in Accra.

This same spirit was present in all the people who showed up on Saturday, March 9th, 2019 in Accra to march in solidarity with Dr. Nyanzi and all Ugandans fighting for freedom. The march was organized by Namata Serumaga-Musisi with support from Nana Ama Agyemang Asante, Nana Darkoa Sekyiamah, Ernesto Yeboah of The Ghana Economic Fighter’s League, Eyram Seshie and Professor Akosua Adomako-Ampofo of African Studies Association of Africa.

About a week earlier, it was in this spirit of global solidarity that 5 people—Kuukuwa Manful, Nomfundo Ramalekana, Martin Williams, Gautam Bhatia, and Rishika Sahgal—stood in the freezing Oxford rain with a “Free Stella Nyanzi” banner, speaking to passersby about the struggles of our friends in Uganda.

The African Studies Association of Africa have published a statement of support in which they state that “the freedom of one group of Africans is meaningless without the freedoms of all” and “demand that the Ugandan government bring the harassment of its citizens to an end.”

In Kenya, when Museveni showed up to address a university audience, he was booed and heckled by some shouting Stella Nyanzi’s and Bobi Wine’s names. Such solidarity acts abound in other places.

We call on friends and comrades in Africa and around the world to join this solidarity movement and demand an end to this persecution of Dr. Nyanzi and Ugandans who seek freedom in any of the following ways: 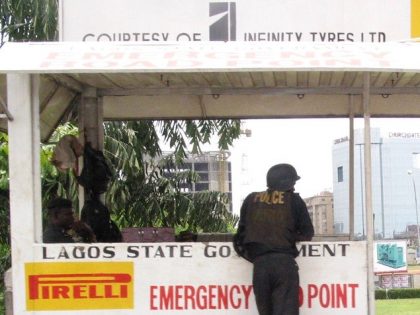 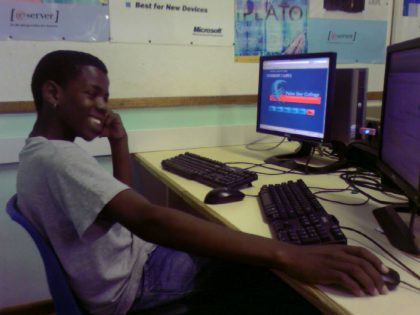 Does it sometimes seem like all technology and internet-related projects in and on Africa have to serve some grand purpose?