Long before popular Ugandan musician, Bobi Wine (government name: Robert Kyagulanyi) was elected as a member of parliament (MP), he referred to himself the Ghetto President.  Recently, he was court-martialed on charges of illegal firearm possession, as a pretense for his true crime: reviving opposition politics in Uganda.

For years, his songs were openly critical of the President-for-life Yoweri Museveni. Since he was elected to parliament last year, Bobi Wine has given people hope by speaking and singing out even louder against the ruling party, the National Resistance Movement (NRM). The attempt on Bobi Wine’s life during an election rally in Arua, followed by his arrest and 33 other champions of the opposition, dubbed the “Arua 33,” ignited protests across Uganda. While the government’s repressive tactics were not unexpected, the people’s response was. What makes the Bobi Wine moment so different?

Bobi Wine is the symbol of a new politics for change in Uganda. This why he and the Arua 33 have the NRM worried. For more than 30 years, President Museveni monopolized Ugandans’ fear of insecurity; he warned of conflict under the opposition’s leadership and threatened to cling to power by force. His regime and the military have also benefitted from continued aid and support of western countries. President Museveni, like many postcolonial African leaders, earned his legitimacy “in the bush”—through war. The loyalty he commands is rooted in past military feats and, increasingly, in repression carried out by the army. Until Bobi Wine emerged, the main opposition leader, Kizza Besigye, shared similar political qualifications to the President. Besigye was a colonel in the same guerilla front that morphed into the NRM.

As an independent and a political outsider, Bobi Wine offers the Ugandan political sphere a fresh perspective. He is everything President Museveni is not: young, energetic and stylish. He speaks the language of the Ugandan youth who are concerned about education, public services and employment. While the war hero was the idol of the previous generation, Bobi Wine’s story of the slum-kid turned popstar resonates with youth. The under 35s, who make up nearly 80% of the population, have grown tired of political corruption, economic stagnation and the cronyism of the Museveni regime. Bobi Wine addresses these themes in his lyrics, as well as encourages Ugandans to organize. He is the fighter of a different set of struggles than the NRM: those that besiege a developing state, not a post-conflict nation.

Bobi Wine draws on a long history of music as political commentary in Africa. Traditional praise singers and popular artists (most notably Nigeria’s Fela Kuti) have used lyrics to convey political messages. In Uganda, music is part of everyday life—Afro-beats sound from the streets of poor and wealthy neighborhoods, in public buses, night clubs and across rural farmlands. Bobi Wine’s politically subversive lyrics are shielded by their catchy tunes and everyday popularity. It makes it hard for the regime to tell if those listening to his songs are innocuous or revolutionary. As an MP, Bobi Wine blurs the line even further between the politician and the performer. He continues to give concerts, which the regime has attempted to ban. As a self-proclaimed “gangster,” Bobi Wine further threatens top politicians by inviting ordinary Ugandans to draw parallels between him and them.

In a country where many are afraid to outright criticize the President and others have lost hope that regime change will ever happen, Bobi Wine’s movement has shaken things up. Could his entrance into the political scene mean President Museveni’s downfall? No doubt the wananchi of Uganda think so. The seemingly impenetrable power of Museveni has already begun to crack. In a recent humiliating defeat, the NRM lost an important election—the one that set off the current turmoil—to a candidate who is part of the Arua 33. Only a month earlier, in July, the NRM revealed internal division following confusion and backtracking over a tax President Museveni himself ordered. These events and the release of Bobi Wine and the Arua 33 on bail have demonstrated that dissent may not be easy, but that it is possible. Building on the work of activists like Dr. Stella Nyanzi, jailed for criticizing President Museveni on social media, and protests led by Besigye, Bobi Wine is widening the political opening and inspiring youth to participate actively in politics. If he maintains his courage, Ugandans may no longer dancing to President Museveni’s tune in 2021. 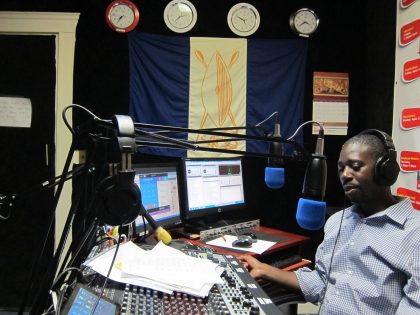 For the current generation of Uganda’s diaspora, the homeland is much more than a myth; it’s a reality that they can see, hear, engage, and influence. 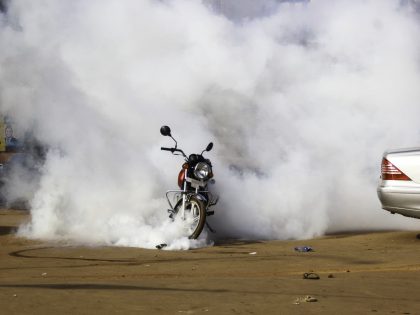