In Nigeria, the acronym NEPA famously has two possible meanings. The first is what it was originally meant to designate, the National Electric Power Authority. (Blackouts are often met with the exclamation: “NEPA has taken the light!”). The second popular interpretation is that NEPA stands for Never Expect Power Always.

In flickering text, the documentary Take Light opens with this paradox: Nigeria is Africa’s top energy producer and has one of the world’s largest gas reserves. Yet over 50% of Nigerians do not have access to electricity. And for those who do, it is rarely for more than a few hours a day.

Electric volatility in many ways defines the contours of possibility in everyday life and death in Nigeria, determining how and when people move, the tasks that can be accomplished in a day, entrenched classed cartographies of access and exclusion, and the kinds of businesses and social services that can operate functionally. Inspired by the childhood of director Shasha Nakhai in the southeastern Nigerian city of Port Harcourt, the 78-minute documentary takes head on Nigerians’ everyday experiences of these electricity instabilities. And even during the documentary’s staged interviews and other scenes, light inevitably flickers on and off.

Take Light follows a cast of charismatic characters in and around Port Harcourt, who are all trying to make do in less than ideal circumstances. A calm control room manager skillfully coaxes the switchboards of a massive, creaking electric distribution system to minimize regional blackouts. A pragmatic but weary electrical engineer attempts to manage a hospital’s electrical supply, which feebly powers everything from life-saving surgeries to corpse-preservation refrigerators. Parents rub ample handfuls of talcum powder on their children’s sweaty bodies on nights that swelter without electricity for fans. A stealthy electrician rewires the city by night for homes trying to circumvent electric meters.

Take Light’s narrative anchor, however, is the level-headed Martins, an earnest employee of the Port Harcourt electricity distribution company. Along with a team of other employees, Martins’ job includes arguably one of the most undesirable tasks in Nigeria—cutting off the electricity of community residents with outstanding unpaid electric bills. The film follows the escalating confrontations between electricity company workers and community residents in Port Harcourt.

As residents try to make sense of soaring electric bills, they attempt to evade the formal electric grid, tamper transformers, and protest being unplugged from the grid, at times verbally and physically assaulting electricity company workers. In a cat-and-mouse game, electricity company workers empathize with the everyday struggles of community members while also attempting to enforce payments of the overloaded and strained electric sector, which has an estimated total $1.2 billion in unpaid electric bills. By interweaving a variety of employee and resident perspectives, the film layers a complex picture of the ethics of enforcement: no one is good or bad, but everyone is trying their best to survive in meagre electric times.

This ambiguity pervades every level of the energy dilemma in Nigeria, and fingers of blame point in many directions. While residents directly confront the electricity company workers, the electric company workers point the blame up the chain of command, and those up the chain of command also continually point elsewhere. Take Light also gestures towards the structural inequities of transnational corporate control and profit structures of Nigeria’s oil and gas sectors through footage of Niger Delta militants’ autochthonous demands of greater access to oil wealth. Furthermore, the privatization of state assets, including the electricity sector, emerges as an important but underexplored thread in the documentary. The film makes obvious that the newly privatized industry inherited a strained and indebted infrastructural system, but the implications of such widespread privatization remain ambiguous.

The film somewhat vaguely suggests that postcolonial government corruption is one of the many reasons for the lights being off, and interviewees throughout the film refer to a general “they” when describing electricity shortages and mismanagement. From technicians to residents to politicians to Niger Delta militants, it remains unclear who the guilty “they” really is, whether it is the privatized electricity sector companies, a range of politicians, transnational energy corporations, or some combination of all of the above. Pointing out guilt is not simply an ethical consideration but rather a pragmatic one that identifies possible targets of transformation. The optimism of a clean energy activist lifts the end of the film by suggesting that a broader civil society-led social movement (#lightupnigeria) may transform Nigeria’s energy landscape by targeting mass education around the energy industry.

Ultimately, the Nigerian electric story is not only a material one of infrastructural capacity and failure, but a symbolic one that makes sense of broader systemic phenomena. Everyday conversations in Nigeria are peppered with stories about the constantly fickle electricity—friends commiserate a fantastical monthly bill of hundreds of dollars after receiving only two days of electricity; neighbors quietly rewire their homes to tap into the electric supply of the city street lamps; co-workers exasperatedly discuss transitioning to inverter generators; and university students share tales of administrators punishing student protestors by withholding electricity from selected dormitories. These stories are also central ways of discussing power and its machinations in Nigeria, and the ambiguity and ongoing questions are perhaps the most important takeaway of Take Light’s careful exploration of a range of everyday voices. As the lines of a poem in Take Light ponder: “Why does NEPA take delight/ In taking the light?” 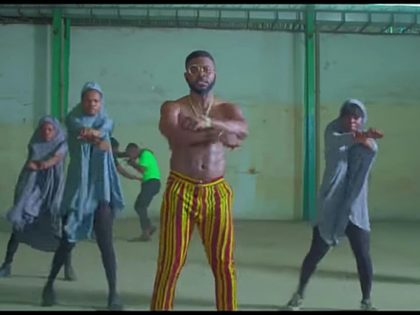 A group of Nigerian thinkers debate rapper Falz’s take on Childish Gambino’s viral “This Is America.” 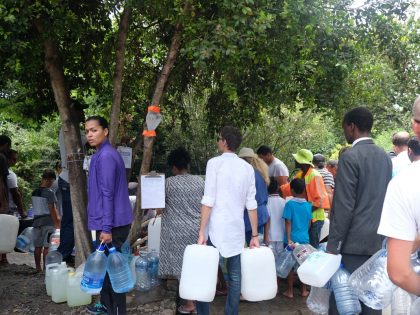 A row of cars, wheels half-hanging from the pavement, has become a fixture on this once-quiet, treed road...
Nov 01 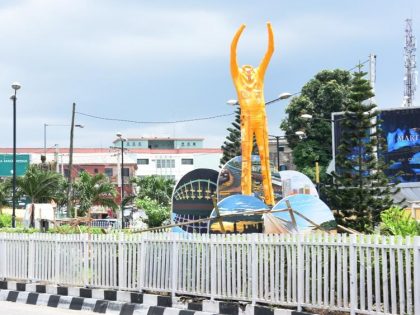 In death, Fela Kuti is being rehabilitated by Nigeria’s government. It may all be a false note. 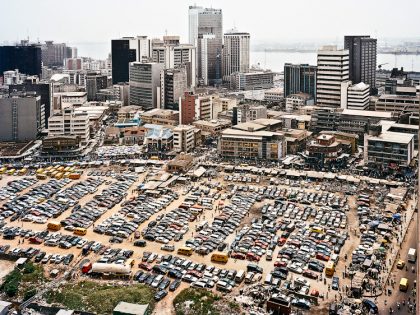 Aperture recently announced its 2010 Portfolio Prize. The winner is Swiss photographer David Favrod, whose photographs explore his mixed Swiss-Japanese identity. We are, however, more interested in the work of one of the four runners-up …