This past week, my morning radio habit led me to a convoluted talk show on Ghanaian radio station, 91.3FM, that could have easily been mistaken for a call to arms against Nigerians in Ghana. A guest on the program suggested Nigerians are responsible for a significant proportion of crimes committed in Ghana. In response, the host, following a feeble attempt to dissociate himself from this xenophobic sentiment, asked if the government ought not to monitor Nigerians in Ghana more closely, given our implied “criminal tendencies.”

It left me equal parts infuriated, exasperated and saddened at Ghanaian media needlessly inflaming public sentiment every time one misguided Nigerian of over 200 million dispersed around the world, commits a crime. Every. Single. Time.

The latest incident is the alleged orchestration between August and December 2018 of the kidnappings of three young women by a man believed to be Nigerian in the city of Takoradi in Ghana’s Western Region. The kidnappings are among several other incidents occurring in a climate of arguably unprecedented violent crimes with the killings of at least three women—among them a street hawker, the marketing and public affairs manager of the Ghana Ports and Harbors Authority, one prominent pastor and an investigative journalist since late 2018. Judging by comments on social and some news media, Nigerians have already been found guilty of the kidnappings.

A representative of Nigeria’s ruling party even called in to apologize on behalf of all Nigerians: “I will apologize on the [sic] behalf of Nigerians for this unfortunate incident and we will also plead with our Ghanaian counterparts to understand that there is only going to be one Judas in every 12.”

I don’t know which is more upsetting: the inherent delusion that criminality is un-Ghanaian or the increasingly less tacit suggestion that Nigerians in Ghana should come under special scrutiny just because of our nationality. The first point conveniently overlooks the latent lapses in, with and between the security apparatuses in Nigeria and Ghana that allowed this monstrous kidnapper to reportedly break jail more than once in both countries. Not to mention the fact that Mr “Mastermind” cannot have imported an exclusively Nigerian team for what appears to be the Ghana franchise of his diabolical dealings.

“History is cyclical,” commented a friend when I first posted this on Facebook last week. And he is right to some extent. “Ghana Must Go,” Nigeria’s 1983 expulsion of Ghanaians, makes a handy reference. At then-president Shehu Shagari’s orders, over two million immigrants from Ghana and surrounding countries were forcibly expelled, assaulted by Nigerian police as they left. Some would drown during treacherous sea crossings in overcrowded boats.

But this tragedy was preceded by Ghana’s expulsion in 1969 of some 200,000 “foreigners” under the Aliens Compliance Order of Kofi Busia’s government. Most of these people were Nigerian, deported because they were considered as economic threats to Ghanaians—a lopsided singular narrative about people who had contributed substantially to Ghana’s fortunes through legitimate commerce over many years. While there have been no further mass expulsions since 1969, there has been no end of finger-pointing and demonizing of Nigerians in Ghana by Ghanaians in ways that are unmatched by the experiences of Ghanaians in other African countries. Crimes in Ghana are readily attributed to Nigerians and some property owners pointedly refuse to rent to Nigerians.

My Facebook friend also suggested that inept political leaders in both countries, like to scapegoat immigrants to camouflage their failings. Yet there is a barely disguised disdain for the people known as “foreigners” in Ghana. Especially if you’re Black. Critically if you happen to be Nigerian.

Clearly, this xenophobic stew has been cooking a long time. As living conditions continue to worsen for the ordinary Ghanaian, it’s only a matter of time before it boils over as the tragic events in South Africa (where South Africans regularly attack other Africans) or Côte d’Ivoire (in the case of the latter, politicians built political platforms on xenophobia) have taught us. When it does, given the cultural and other affinities between both countries, Nigerians will probably not be the only victims. 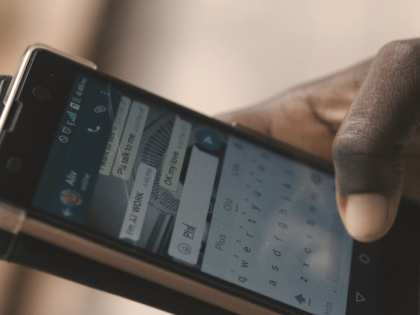 The Representation of Ghana

Is “Sakawa,” a form of internet scamming popular in Ghana, a way into making sense of contemporary Ghana?