In the newly released Set the World on Fire: Black Nationalist Women and the Global Struggle for Freedom, Keisha N. Blain recovers the participation of black women throughout the Diaspora in the global struggle for black liberation. These women, in the United States, Britain, Jamaica, and throughout the Diaspora, fostered relationships with other activists across the globe, utilizing these transcontinental partnerships to fight for the liberation of black people worldwide. Blain incorporates a range of unique sources, including newspapers, government records, songs, and poetry, to bring the lives and political careers of women like Mittie Maude Lena Gordon, Amy Jacques Garvey, Jane Allen, Maymie de Mena, Ethel Collins, Amy Ashwood and Ethel Waddell to the forefront of histories of the global black liberation movement.

The author, Keisha N. Blain, is an award-winning historian who writes on race, politics, and gender. Blain obtained a PhD in History from Princeton University and currently teaches history at the University of Pittsburgh. She is one of the co-editors of Charleston Syllabus: Readings on Race, Racism and Racial Violence (University of Georgia Press, 2016). She is currently the president of the African American Intellectual History Society (AAIHS) and senior editor of its blog, Black Perspectives.

Why did you name this monograph Set the World on Fire?

The title of the book comes from an article written by an American black nationalist woman named Josephine Moody. “We want to set the world on fire,” she wrote in 1942, “We want freedom and justice and a chance to build for ourselves.” “And if we must set the world on fire,” she continued, “we will, like other men, die for the realization of our dreams.” I selected this phrase from this powerful quote for two primary reasons. First, I wanted to center the ideas of black nationalist women and present the work in a way that rang true to how these women envisioned the political work in which they were engaged. Second, I chose the phrase because it alludes to several overlapping themes I explore in the book, including black radicalism and internationalism. No doubt the notion of “setting the world on fire” alludes to the black radical tradition and it speaks to the global dimensions of the black freedom struggle. The women I discuss in the book employed multiple strategies and tactics to in their efforts to “set the world on fire” — to eradicate global white supremacy and to (re)awaken the political consciousness of black men and women in the United States and across the African Diaspora.

How does Set the World on Fire help place the African American struggle for freedom into a more global context? How did the shared experience of white control unite black women across the Diaspora?

One of the crucial aspects of the book is that it charts the history of black nationalist women in the United States and across the globe. It shows how the idea of black internationalism was fundamental to these women’s political visions. The key figures in the book, including Amy Ashwood Garvey, Mittie Maude Lena Gordon, Celia Jane Allen, Maymie De Mena and Amy Jacques Garvey, maintained a global racial consciousness and as such, they were committed to ending racism and discrimination in their specific locales — as well as in every part of the globe. Through a myriad of mediums, these women built transnational networks with a diverse group of activists in Africa, Asia, Europe, Latin America, and the Caribbean. To be sure, the shared experience of white control certainly united these women across the Diaspora but what also brought them together was their Pan-African vision. These women, from wide-ranging cultural backgrounds, envisioned themselves as members of a diasporic polity and hoped to facilitate the unification of people of African descent. This is one of the underlying reasons why they were ardent supporters of emigration to Liberia — and in some cases, Ethiopia — during the twentieth century.

Set the World on Fire is coming out at such an interesting moment in the US as women are coming forward in increasing numbers in response to sexual harassment and are taking more powerful roles in politics around the world. What is gained by centering women and gender in your exploration of internationalist movements?

Centering women and gender deepens our understanding of black nationalist and internationalist movements. They transform the way we think about these movements. For example, scholars have long argued that black nationalist movements went into decline in the three decades following Marcus Garvey’s 1927 deportation from the US to Jamaica. When we shift the focus to women activists, what we find is quite the opposite. By tracing these women’s ideas and activism, what I found was that the period that so many have dismissed or overlooked was in many ways a “golden age” — to borrow from historian Wilson Jeremiah Moses. I also found that although women activists engaged in black internationalism in ways that were similar to their male counterparts, they had distinct concerns. These women merged internationalism with feminist concerns and so as they advocated for the liberation of people of color across the globe, they attempted to expand leadership opportunities for women. Because they were often shut out of formal and visible leadership positions, they also had to be skillful and creative about how they would advance their political agenda. These are just a few examples of how centering women fundamentally alters our understanding of the history.

I was really struck by the extent to which women really were central in promoting the Universal Negro Improvement Association and Marcus Garvey’s Pan-Africanist vision. You also track the role of women in the Peace Movement of Ethiopia and repatriation campaigns. How did ideas of Africa shape women’s actions in the liberation struggle? What impact did these women have outside of the United States?

Africa (both real and imagined) figured prominently in the minds of black nationalist women in the twentieth century. These women envisioned Africa — and they were often thinking specifically of Liberia — as a haven for people of African descent. Many desired to relocate to Liberia as a means of escaping racism in the United States and improving their socioeconomic conditions. In this way, they supported emigration as a practical solution to many of the challenges they were facing in this period. At the same time, they also felt a strong affinity for Africa, and it motivated their decision to lead a vibrant emigrationist movement in the 1930s, 1940s and 1950s.

Their efforts had a global impact. As I detail in the book, many of the women were able to mobilize activists in Africa, Europe, the Caribbean and Latin America and other parts of the globe. Those who had the means to travel overseas collaborated with a diverse group of activists and politicians in various locales. Amy Ashwood Garvey, for example, relocated to Liberia in the 1940s and worked closely with Liberian President William V.S. Tubman. Other women activists who could not travel abroad utilized a variety of means to build a transnational network of activists who were committed to the cause of black liberation. For example, in Chicago, during the 1940s, Mittie Maude Lena Gordon organized a ten-day visit for Akweke Abyssinia Nwafor Orizu, a nationalist from Eastern Nigeria who became acting president of Nigeria in 1966.

Overall, these women’s efforts yielded mixed results — sometimes they were effective and other times they fell short — but their stories shed light on the crucial ways women shaped black nationalist and internationalist movements in the twentieth century.

Black Perspectives has become a major digital intellectual hub. What was your strategy to facilitate this development? What are you proudest of? What are the plans for the future that you are most excited about?

I would credit two factors in particular: passion and creativity — and not solely my own but I am speaking of the passion and creativity of everyone involved in Black Perspectives and the African American Intellectual History Society (AAIHS). I think we understand the urgency and significance of the work we do so we are very passionate about it. I am most proud of the quality work we produce as well as the widespread reach of the blog. As I travel around the country, people share with excitement the various ways they use the site. As the senior editor, it is very rewarding to hear this.

At the same time, I think we can do a lot more and that’s why we are now in the process of preparing to launch several new initiatives. I’ll mention one important development here: we are in the process of building a more interactive online platform that would not only feature blog posts but also podcasts and videos. In so doing, we hope to reach an even wider readership of academics and non-academics alike who are interested in learning more about black history.

Along with Kidada Williams and Chad Williams, you worked to assemble the #CharlestonSyllabus (eventually compiled into an edited volume from University of Georgia Press) which was one of the first open-source digital syllabi. Since then you have also collaborated on the Trump Syllabus 2.0 and #BlackPantherSyllabus, while multiple other syllabi of this type have proliferated. What was your initial inspiration for assembling the #CharlestonSyllabus?  What is the role of a syllabus of this type in American today? How can projects like this help connect academics with the general public?

I developed the #CharlestonSyllabus with Chad Williams and Kidada Williams a few days after the June 17, 2015 killing of nine black men and women by a white supremacist during bible study at the historic Emanuel African Methodist Episcopal Church in Charleston, South Carolina. We collaborated with a diverse community of scholars via Twitter to build a crowdsourced list of texts, novels, poems, films, songs and primary source documents created in response to the shooting. With the #CharlestonSyllabus reading list (and the book we published a year later), we wanted to provide other educators with the historical context needed to effectively discuss the shooting — as well as the larger issues of race, racism, and racial violence — in the classroom and beyond. A similar motivation compelled me to help develop other syllabi, including Trump Syllabus 2.0 (with Nathan Connolly), which helped to contextualize Donald Trump’s rise to become President of the United States.

I think these kinds of reading lists (or public syllabi as we call them) are important educational tools. Members of the general public are eager to learn more about history and they want access to the important work we produce as scholars (which are often hidden behind paywalls). When we produce reading lists that point readers to a myriad of excellent resources on an important subject, we play an important role in educating — and even re-educating — people from all walks of life, including those who have little or no formal education. Academics often say that knowledge is power — a sentiment I fully embrace — but we sometimes forget that many people do not have access to the kind of resources we have at our disposal. Building public syllabi, and engaging in similar projects, help to get this valuable information out to the general public. This is especially important today — perhaps more than ever before. 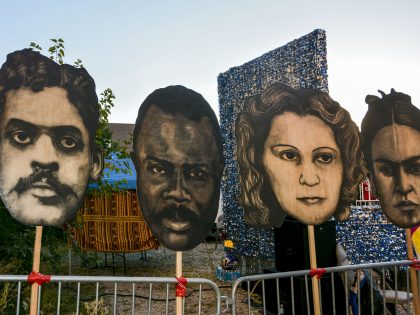 The boundaries of how we think of the Global African Diaspora 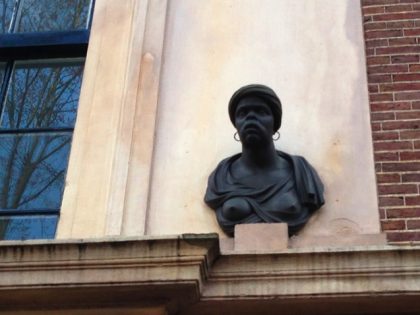 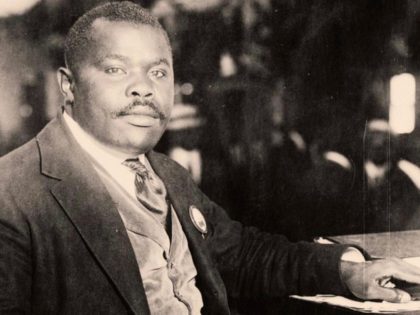 The African Diaspora in the Indian Ocean World

Despite the lack of coverage linking two regions, the visual ties between these cultures are quite strong. 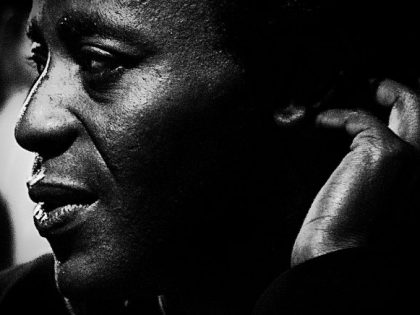 British filmmaker John Akonfrah will be artist-in-residence this Spring at New York University’s Institute of African American Affairs. He is joined by the Ethiopian-American musician Meklit Hadero. The institute has a number of events planned …