Something is shifting in South Africa. White privilege is a hot topic, specifically in print and social media, and for good reason. In the past few months, a number of racially motivated assaults on black people in Cape Town’s affluent suburbs have surfaced. This month Nelson Mandela’s former personal assistant Zelda La Grange had a racist twitter meltdown, downplaying the effects of colonialism in South Africa and claiming white people are not welcome in Zuma’s South Africa. An excellent tumblr was started to highlight overt racism on the Facebook pages of the (mostly) white suburbs in Cape Town. White privilege is on the table, and in an unprecedented scale.

So, the award-winning short film Keys, Money, Phone by Roger Young can be seen as a kind of cultural by-product of this racially charged environment. Young has written extensively on white privilege in South Africa, including excellent pieces on that Mandela Rayban sculpure and the absence of memory of slavery in South Africa.

The film follows a young jock named Seb (played by a  young jock named Anton Taylor), stranded after a big night out at Tiger Tiger, the notorious student hangout in Cape Town’s southern suburbs. Passed out drunk, he gets dropped off by his cab driver outside his security complex only to find he has left his keys, money and phone in the taxi, which has driven off.

In an interview with Grolsch’s Canvas site, Young explains that he actually didn’t set out to make a film about white privilege:

“Originally I wanted to just make a fun film about a guy who got locked out. I do a lot of writing about white privilege and I wanted to get away from that. But when I started working with my script editor, Genna Gardini, she totally side-eyed me and I knew I had to just go in. I tried to make it really subtle though.”

In a pink golf shirt with an unsightly vomit stain on the chest, Seb wanders the streets, going back to Tiger Tiger only to get bounced for not having money to enter. He tries in vain to get help or find a place to dos (crash) for the night. Through strained interactions with friends, strangers and his ex-girlfriend, writer/director Young pieces together a portrait of a young man who, while seemingly popular, has no real relationships, no community, and yet no sense of humility. His patronizing interactions with black people are brief (even when they’re the only ones helping him) and they are mostly with service providers: taxi drivers and security guards.

Young manages to make the ingratiating Seb watchable by allowing the viewer to revel in his misfortune. He exercises admirable restraint in trying to get us to like him or to force him to undergo some kind of transformation or redemptive character arc. With each scene we actually like him less and less. This treatment of a protagonist is quite rare in South African cinema, and most films that get funding seem to need some kind of nation building agenda. “The phrase ‘social cohesion’ has been in the Department of Arts and Culture mandate for about 6 years now,” explains Young via email. “The problem is interpretation, if a film shows ‘social cohesion’ then the audience is not forced to think about the work we need to do toward being a socially cohesive society.” 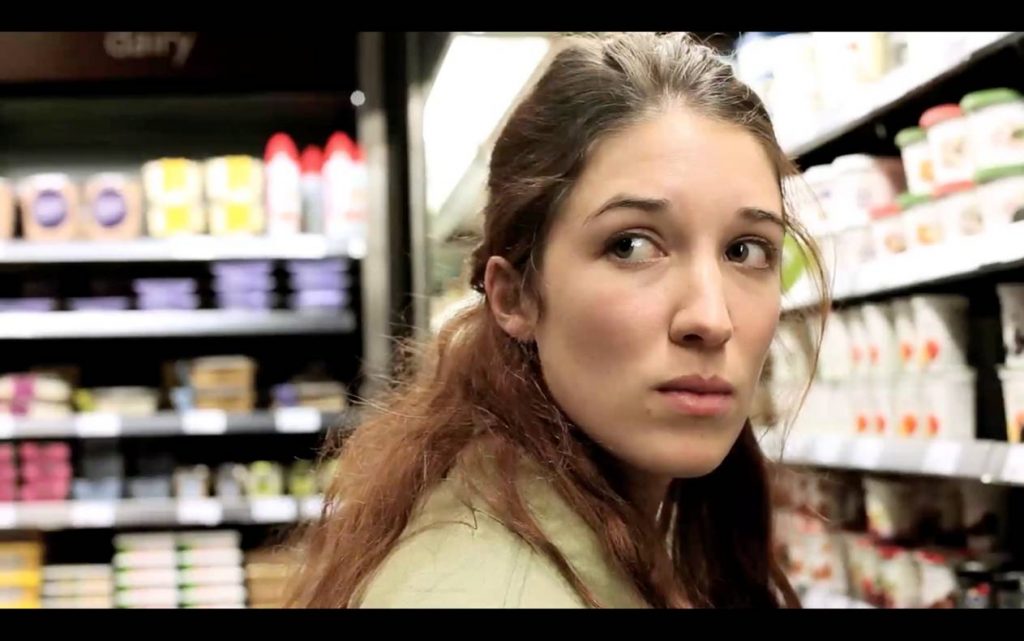 Part of the impetus for Keys, Money, Phone came from a conversation with a black consciousness academic who had told Young that as a white South African, he couldn’t tell the stories of black South Africans. Young agrees, but acknowledges that it’s complicated: “I don’t think white people can tell black stories. But not all stories are purely black or white. Authentic entry points, collaboration, double checking with various experts on cultural issues, these are things we must be vigilant about as filmmakers always, in any endeavor, on any subject. I think some ‘black’ filmmakers would struggle to tell some ‘white’ stories as well, although I do think the results would be illuminating.”

As with the broader discussion around race, this is the kind of frankness and authenticity that is needed in South African cinema if we are to progress at all. Young’s next short is called Boat Girls and will be released soon, followed by a feature film called Love Runs Out.

* You can watch Keys, Money, Phone via Vimeo on Demand here.