On the night of September 26th, 2014, in the western Mexican state of Guerrero, 43 students of the Raúl Isidro Burgos Rural Teachers’ College of Ayotzinapa were intercepted and shot by the municipal police of Iguala. The survivors were later abducted by a local criminal group known as Guerreros Unidos at the request of the Iguala mayor and police chief. The students’ whereabouts are still unknown four months after the attack. The following photo essay portrays the resilience of the families and classmates of the disappeared as they fight for justice during January 2015.

“I know my boy’s alive. I wonder if he’s being fed, if the people that have him are treating him well, if he’s cold… they took our boys alive, we want them back alive.” Doña Nicanora is one of the mothers of the 43 missing students who has abandoned her life in search of her son, Saúl. 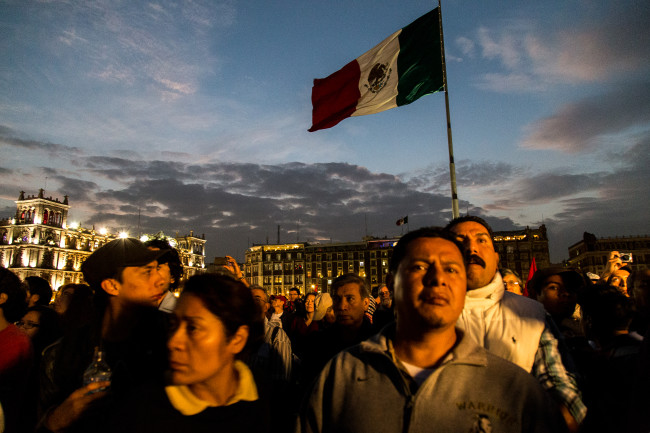 Thousands gather in the Zócalo (Mexico City’s main square) under the banner of “We are all Ayotzinapa.” They listen to parents of the missing 43 plead to boycott upcoming local elections in Guerrero and call for the resignation of embattled President Enrique Peña Nieto. 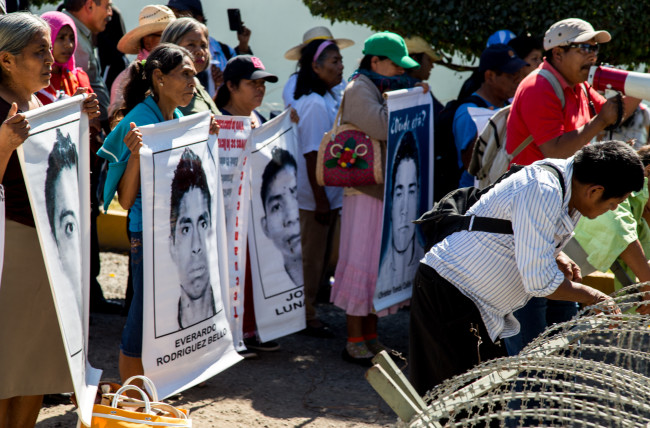 On January 12th, parents of the missing 43 students marched on the 27th battalion base in Iguala, Guerrero, the city where the boys were abducted. The parents believe that their sons are being held at the base by the military. 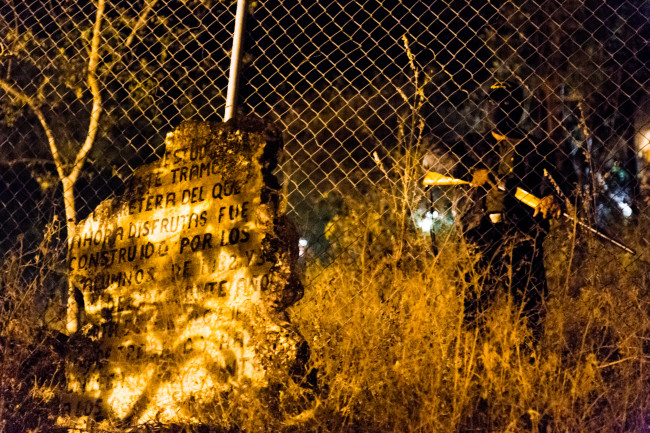 A community police officer stands guard at the gates of the Raúl Isidro Burgos Rural Teachers’ College after activists, students and parents of the 43 alike have received death threats for their continued search for truth. 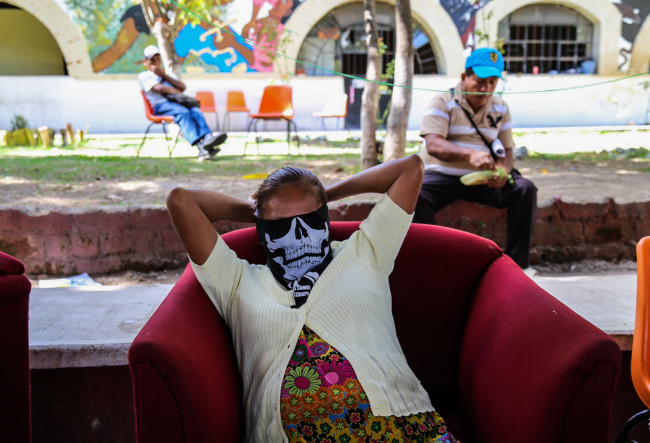 An elderly relative of one of the disappeared students prepares for an action in Chilpancingo, Guerrero. People have come together regardless of class, gender and age to mobilize against the perceived incompetence in the handling of the Ayotzinapa case by the state. 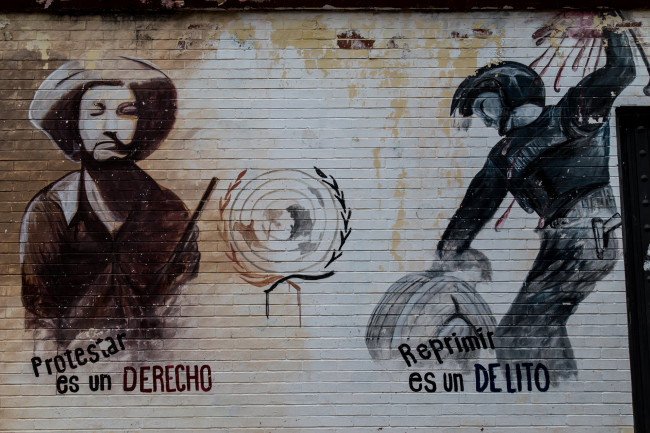 One of many murals at the Raúl Isidro Burgos Rural Teachers’ College in Ayotzinapa, Guerrero, where the missing first year students were studying to become rural and small village teachers. It reads, “Protesting is a right. Repression is a crime.” 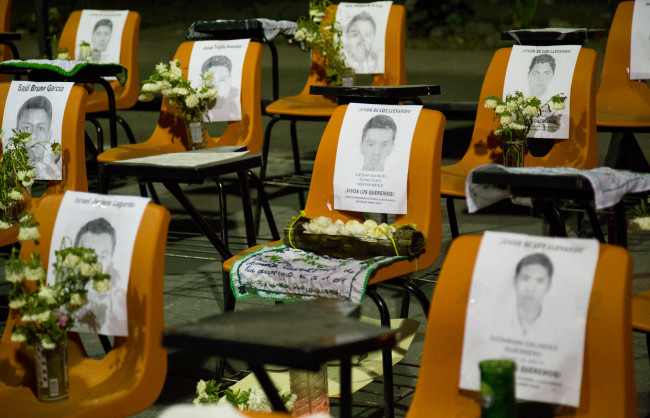 43 desks with the names of the disappeared students hold portraits and flowers at the Raúl Isidro Burgos Rural Teachers’ College in Ayotzinapa, Guerrero. The gymnasium at the school has transformed into the heart of the Ayotzinapa movement and a vigil for so many who wait for their sons and classmates to just come back home.

This post was originally published (with more photos) at Noria Research.