I am ushered into Archbishop Tutu’s office in Cape Town. He prays before our interview. It is November 1997 and I am in Cape Town, South Africa. I report on the Truth and Reconciliation Commission (TRC), the body set up following South Africa’s first democratic elections in 1994. The commission’s focus: tell the full truth about the atrocities committed during apartheid, and in return, get amnesty, and be forgiven.

Covering the TRC, I, like the global media, watch this wrenching truth-telling process—outpouring of Black trauma resulting from white legislated violence. It is here that I explore and develop “the language of whiteness,” and name two of its pillars, “emotional patriarchy” and “racialized emotionality.” These first two pillars become integral parts of unlearning this language of whiteness.

Naming these two pillars occurs after two encounters: the first is a pivotal interview with Desmond Tutu; the second is after listening to the TRC testimony of Ntsiki Biko, the widow of Steve Biko.

I ask Archbishop Tutu about this process of forgiveness between white and Black people. “South Africa will be a Mecca for whites, just like Kenya!” declares Tutu. I ask him why there’s so much focus on how white people feel. His answer is evasive. I ask again. And again. I ask why there is so much focus on how white people feel in a nation healing from so much horror and harm perpetrated against Black bodies by a system that enshrined the false superiority of whiteness. He gets uncomfortable and then angry.

He tells me that when it comes to repair, Black South Africans shouldn’t ask for too much. I ask him what “too much” means given the extent, weight, and depth of pain caused to Black South Africans and their families. He goes on to explain that if someone needs particular assistance—say, a wheelchair—because of apartheid violence, then the person could get that. The TRC would find someone to help them with that. I am struck by how limited the language of repair is, but also how individual it is. Even though the TRC body is about forgiving an entire people, the repair seems to be about forgetting that an entire people had been subject to apartheid.

I continue to ask about Black people’s needs, and their healing. Tutu then says, “The whites are beginning to take this offer of forgiveness for granted.” I am especially struck by this. The interview comes to an end—honestly, it was cut short by Archbishop Tutu’s team. I leave with a sharpened focus on this centralizing and soothing of whiteness and a neglect of Blackness.

Archbishop Tutu mentioned Kenya. A mecca for whites just like Kenya, he said. Kenya fought the British for its independence. During colonial rule in Kenya, the British committed violent atrocities. They tortured, raped, and murdered. They imprisoned 1.5 million Kikuyu—an entire population—in a violent attempt to suppress the growing battle for independence. Jomo Kenyatta was Kenya’s first post-independence president. After Kenya gained its independence, in 1964, Kenyatta would tell the British, let’s forgive and forget. There are archival images, articles, and interviews of him reassuring white Britons that Kenya forgives them, and that this land continues to be their home.

I have a familial connection in Kenya. My dad was an advisor to Jomo Kenyatta. He too was an advocate of reconciliation. Kenyatta’s notion rejected the freedom fighters’ sacrifice and struggle, sidelining their efforts. In our home in Ghana, there are black-and-white images of my dad with Kenyatta. Years later, I traveled to Kenya on an assignment that deepened my understanding of a history of racial healing that firmly centers whiteness.

Nelson Mandela would echo Jomo Kenyatta’s words of forgiveness. “Let bygones be bygones. Let what has happened pass as something unfortunate which we must forget,” he said, speaking of South Africa’s future in one of several interviews following his release from 27 years in prison.

What was Mandela asking South Africa to forget, to forgive? The laws enshrining false notions of white superiority and Black inferiorityThat included laws such as the Native (Urban) Areas Act of 1923, which created what became exclusive African slums. The 1926 Color Bar Act, which banned Africans from practicing skilled trades and forced a poverty that Black South Africans continue to struggle with today. The 1936 Representation of Natives Act, which removed Black voters from the common voters’ roll in Cape Town, thereby denouncing their citizenhood.

What Mandela was asking to let pass was the water cannons, the truncheons, the torture, and the killing and terrorizing of children, robbing them of their innocence, their childhood, making violence their normal. There was the killing and raping of women, the murder of men’s souls, the murder of men’s bodies. There was the emasculation of Black men, the humiliation of Black women, the wholesale thievery of land. There was racializing and dehumanizing Black bodies and then targeting them with ongoing violence.

Forgiveness, then, took on a color, a context, a direction, and a meaning. Apartheid was terrorism and white supremacy. Forgiveness was Black emotional labor, and it was absolution for whiteness. It was a one-and-done healing scenario. It did not account for legacy, and didn’t center those who had been harmed and what was necessary for their healing. That meant white people did no emotional work, but received amnesty and forgiveness.

It is in my realization of this context of forgiveness that I coined the term racialized emotionality—describing a world where we racialize emotions, where we insert color, context, and consequence to emotions, and where doing so changes how we see those bodies in whom the emotions have been racialized.

Years later, I connected this history of racial healing, of emotional labor by Black folk in service of white supremacist violence, to the US and the UK.

South Africa’s racial healing model, one that is emulated and lauded by countries all over the world, was not constructed centering—or really even fully acknowledging—Black and Brown people and the breadth and depth of the harm done to them and their communities. Because of that, this was not a roadmap for racial healing. It was political, it was structural, and it was inequitable. It was an unfinished journey.

No national or global conversation about forgiveness centered Black people forgiving themselves and one another for what they had endured, for what they became, for how this shaped how they loved, for the self-hate that survival may have triggered, and for the toll that eternally fighting took on their sense of self.

One of the most powerful examples is the treatment of Winnie Mandela. South African writer Sisonke Msimang wrote, “This was a nation with a narrative of forgiveness, but it wouldn’t forgive Winnie Mandela.” There was public humiliation and global castigation of a Black woman, while former president FW De Klerk, a white man, shared a Nobel Peace Prize.

In saying let bygones be bygones, what Nelson Mandela and the TRC did was ask Black people to prioritize the fears, insecurities, and feelings of white folk over their own sacrifices, stories and struggles. And the world applauded, in awe of this capacity for forgiveness, and turned Mandela into an icon of forgiveness.

This model of racial healing—both in South Africa and in Kenya—is an emotional apartheid. It separates white and Black people. It timelines and deadlines the trauma for those harmed, treating the emotional as if it were an economy, to be moved and manipulated. It is this inequity that strengthens already existing labor disparities around race. From physical labor to emotional labor by Black people in service of whiteness, this was emotional injustice. And in this time, we cannot take that approach if we are to achieve a racial healing that serves a full humanity.

A pivotal exchange with Ntsiki Biko created the term “emotional justice” and, for me, solidifies the need, the work, and the roadmap. She stood before the world’s predominantly white media and invited them to better understand what happened to her husband, Steve Biko. She told them that, for her, there was no question of forgiveness.

Ten former members of the security branch of the South Africa police sought amnesty for Steve Biko’s death. They said that Steve Biko, in the presence of the white policemen, had “gone berserk” during a “scuffle,” which led to his death.

Addressing the Truth and Reconciliation hearing, one said: “Your honor, we have said that during the scuffle, he bumped his head against the wall.”

“Scuffle” and “bumped”? The so-called scuffle was a 22-hour interrogation involving ten officers. Biko was shackled, and his legs were put in leg irons. The “bump” resulted in a battered and bruised body, left naked, and then transported to Pretoria, rather than given medical treatment. It was that naked Black body they then put in a cell and left to die.

The TRC’s process required the full truth to be told. Those who took the stand regarding Steve Biko’s death didn’t do that. They prettied up brutality, justified terror, minimalized violence, and expected forgiveness.

Ntsiki Biko said, “There is a lot of talk about reconciliation. What I want is for the proper course of justice to be done.” Mrs. Biko and other families sued the government, rejecting the TRC’s process and demanding justice for their loved ones.

It is listening to Ntsiki Biko, her call for justice even when connected to a process that was deeply emotional, that I begin to think in a more structural way about the emotionality and Blackness as integral parts of a justice project.

Effective racial healing—through which Black and white people come to fuller humanity—cannot be achieved by centering the needs, the fears, and the feelings of those who have caused the harm. Because when we do that, we are using the emotional as an instrument to entrench what is unjust. That teaches the perpetrator entitlement, and it teaches those harmed to sideline themselves. 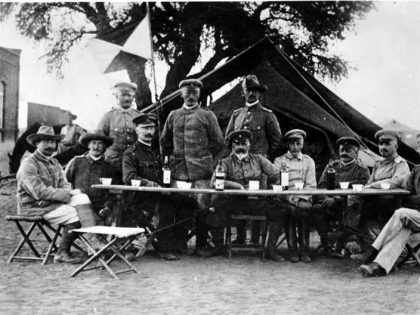 The outflow of the colonial past

What will it take to get Germany to own up fully to the atrocities it committed during the Genocide in Namibia? 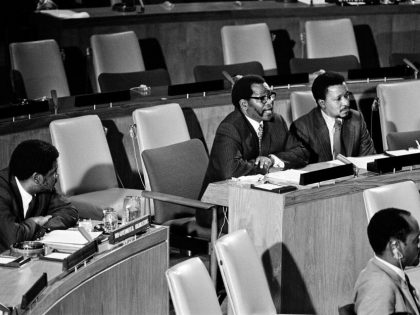 Not all Black South Africans bought the forgiveness line of South Africa’s Truth and Reconciliation Commission. They’re suing US corporations who aided Apartheid.