This post is part of our series “Afrobeat Futures.”

In 2014, when I first heard of Newen Afrobeat, a band from Santiago, Chile, I was intrigued for two reasons:  First, the popular myth portrayed Chile as a “white” country where very few Blacks lived. As the subterfuge goes, African slaves and their descendants either died in war or fled Chile because of cold weather. However, as I discovered through recent research, Black people lived all across Chile, though their existence was denied until 2019, when the enactment of Law 21.151 officially recognized Afro-Chilenos as an indigenous people, about 400 years after they reached Chile as slaves. Afro-Chilenos and indigenous people suffered the whitewashing of their historical existence and culture for centuries. As elsewhere in South America, state-sanctioned “racial whitening” or “blanqueamiento” eliminated or replaced indigenous nations and Black people with European immigrants, and destroyed the formers’ cultures.  In Chile, the process intensified during and after the War of the Pacific with Peru, the so-called Pacification of Araucanía, and continued until the end of Pinochet’s dictatorship.

The second reason Afrobeat in Chile intrigued me is that I could not apprehend how this particular genre could have political presence and agency in the country. Chile lies so distant from Afrobeat’s birthplace, and it is deeply and historically marked by the Nueva Canción (New Song) movement and other more culturally rooted and popular genres such as Chilean rock, Andean music, Cueca, and Cumbia, among others. So, how did Afrobeat reach Chile? How was Newen created and why? What’s its place in Chilean culture, and what are its trajectory and future?

Nicolás Libertad (formerly Nicolás Urbina) was first introduced to Blues music by his stepfather, who gifted him a CD: Ray Charles’ Greatest Hits. Like many Chilean youths, Nico was a fan of US-American music: “I listened to Lauren Hill, Erykah Badu, Wu Tang Clan, East Coast West Coast Rap. That was my jam. No Chilean music. I liked Chilean Rap and Funk. I wasn’t into folk or political music at all. It was all about the groove for me.”

At 21, to console him after a hurtful break-up, a friend introduced Nicolás to Fela’s “Water No Get Enemy” on Youtube. He became enamored:

I started swimming in Fela, got addicted, … and started dreaming of having a big Afrobeat orchestra that talked about what was really happening in Chilean society that everybody was quiet about, which was an extreme dose of classism and inequality to the max … Nobody talked about it. In music, it was like poetry around it. I wanted to do something on point. I started digging Fela and his political mind.

After contacting a couple of university friends (a drummer and a percussionist), he formed Newen (meaning “energy, power” in Mapundungún, the Mapuche language) with other university classmates studying music. He wrote “Santiago”, a song about inequality in Chile, and handed over the parts of another song to his 12-member band. Newen was born.

The band experienced many turnovers, but, under Libertad’s vision and leadership, they eventually started performing in different venues in Santiago, in festivals such as Lollapalooza in 2012, and Siempre Vivo Reggae in 2013. They released their first album in December 2013, playing an Afrobeat so close to Fela’s in its instrumentation, style, stage aesthetics, and political activism that some observers qualified it as a “purist” Afrobeat band. The 2013 album has politically-charged lyrics in songs like “Santiago,” which opens with a speech by José Mujica, the Uruguayan guerilla fighter who was elected president in 2010.

On the same album, the track “PDTN (Prostituto de Transnacional)” denounces the exploitative nature of extractivism, similar in its lyrics to Fela’s “ITT (International Thief Thief)”:

In “Qué Sabemos,” Newen expresses young people’s desire for better education, one that does not teach them competition but helps them see reality. The song is a strident appeal for freedom for the youth.

In “Nación Nueva,” slightly adapted from Victor Jara’s song “Manifiesto” in which he proclaims his song will always be a new song (canción nueva, Newen demands the birth of a new nation. It was a premonitory song because, in, 2019, protesters indeed made loud and clear demands for the advent of a new nation:

[We do not sing to sing, not to show off our voice, because singing has the force of reason and common sense.]

[They want a better nation but everything remains the same. They raise us like sheep in a vicious circle, to buy buy buy buy, to sell your life to the system.]

Libertad led the band and wrote, composed and arranged all the band’s music until his departure in 2016. At the time, nobody played Afrobeat in Chile. As Francisca Riquelme (Fran), the current lead vocalist and band leader put it: “Nico was the project founder, the composer, the communicator, and the author of the lyrics … there was not much discussion regarding the lyrics, and the musical arrangements were impeccable.” He may have copied Fela’s leadership style, or they simply coincided.

Newen took to Lagos, Nigeria (in 2015) to take part in Felabration, the annual festival organized by Fela’s daughter to celebrate the anniversary of his death. Traveling to the festival had a profound impact on the band. As Fran recounted:

I felt blessed to be in that place … but being there was like being part of the whole movement, of Fela’s entire life, of his daughter’s entire family environment, because her family welcomed us. So, it was an experience that marked my life and I can attest that it also marked my colleagues’ lives.

Macarena, a backup singer in the band agreed:

When I was there my head exploded, I had an idea of ​​Afrobeat, of the videos, vocabulary on the internet, listening to Fela, documentaries, but another thing is when you get there and feel the vibration of the music there, you can see, you can smell, all my senses were completely soaked in Nigeria and that changed my whole vision of music.

Both also insisted that Afrobeat has had a liberating effect on their perceptions of their own bodies and what it meant to be a woman in Chile. They were raised in conservative, rigid, Catholic environments and they were now fully immersed in a less inhibited and freer world. Culturally, Nigeria was a profound shock to Macarena, who is of Croatian descent:

The only thing I know about myself is that I am white. I am of European descent. That is for me to be Chilean. I know I have indigenous roots, wherever they are, but that root is cut, burned out. I am just white.

On Fela’s impact, she says

Fela opened a big door in my mind, in my heart. Indigenous people, Afro descendants have been totally colonized, but they have their roots, they have their traditions. And they can decolonize, just by getting nearer to their roots. In my case, I do not know where to go to decolonize.

Phase 2: Searching for a new purpose

Turbulence, instability, and uncertainty characterized the second phase of Newen’s development (2016-2020). The big question was how to fill Nico’s shoes. The band reorganized under Tino Canessa’s leadership. Fran noted:

… he was super important at that time to help us balance the energy and supported us a lot, at least administratively… That was the second stage that I would say ended just before the pandemic. In this second stage we had two very powerful international tours, traveled to Brazil for almost three days; we had three more tours, to Europe for three months, and then to Nigeria and to Canary Islands for about a month. For me, it was very challenging, it was the first time that I went as a vocalist. Going to Nigeria again for me was amazing, it was a gift of life and at the same time it was one of the biggest challenges I have ever had …

In 2019, Newen released the album Curiche, and an EP Upside Down — Newen Plays Fela, featuring Seun Kuti (Fela’s son) and Tidiane Seck, the Malian musician, arranger and composer. Curiche (“Black people in Mapundungún”) sums up Newen’s philosophy and political engagement: it reminds Chile that Black people’s presence and history was officially re-written or erased. Chatulmay (thanks in Mapundungún) expresses active solidarity with the Mapuche fight for their land. They write:

[Translation: A free song for those who love the land
And their blood, which runs through my veins
Land for those who take care of it and venerate it
Chaltumay (thanks) Mapuche, for fighting for it for centuries.]

After the 2019 social estallido (social uprising), Newen released “No les creeré” ( I Won’t Believe Them) in 2020, a song that asserts politicians cannot be trusted, whichever party or side they are. A little cynical it sounds, but despite the rotation of center-left or center-right parties in power since the end of Pinochet dictatorship in 1990, most  Chileans still believe their aspirations have been betrayed.

Since 2021, Newen has found new strength in collective decision-making and professionalism. They are now led by Fran, the only full-time female member of the band. They released another EP: Newen Plays Fela: Coffin for Head of State, toured Europe in 2022, and are preparing their next album.

The band survived the pandemic and the uprising. Now, in my view, Newen faces several challenges: expanding their fan base among lower middle and working-class people, while sticking to their “pure” Afrobeat tradition and further promoting Afrobeat in Chile. The band has chosen to cultivate a genre from Africa. It is a rarity in the Chilean context. Nevertheless, to deserve representation of Chilean diversity, they may have to integrate Afro-Chilenos, Chileans of Haitian descent, or indigenous people and/or rework their Afrobeat repertoire to respond to some of those sensibilities. Will Newen evolve as a band that introduces African popular genres such as Amapiano, Congolese Rumba, Coupé Décalé, Zouglou, Ndombolo, Afrobeats, to better meld to the description on their YouTube channel that labels them a “Chilean Orchestra that blends sounds of Africa and Latin America.” Time will tell. 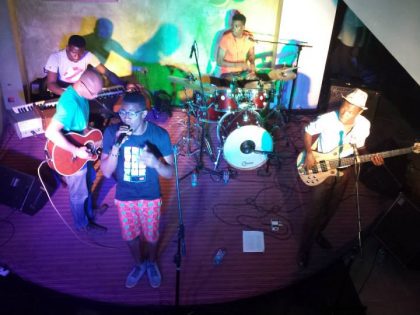 Nigerian band VILLY & The Xtreme Volumes wants to open the world’s eyes to the political and social realities of the continent through a catchy and danceable repertoire. 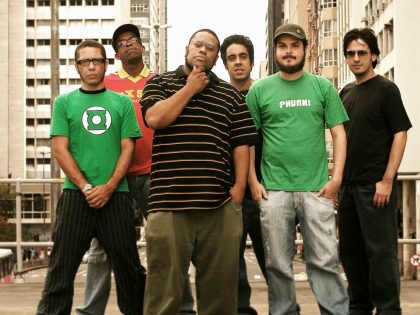 Brazilians may have produced the first ever afrobeat.