You’re both suspected of espionage,” the commissioner of the criminal police squad in Parakou, Benin, tells us. He has more bad news. We will be summoned before the Economic Crime and Terrorism Court (CRIET), an institution that was created in 2018 to fight corruption, drug trafficking, and terrorism but is more often considered a tool to crack down on political opponents and other critical voices. This very same court sentenced two candidates who wanted to challenge President Patrice Talon in the 2021 elections to ten and twenty years in prison.

Not so long ago, Benin was seen as a model democracy: one where peaceful regime change had been the norm since 1990 and civil liberties were highly respected. But with the election of Talon, a wealthy businessman who made his fortune in the cotton trade, this has rapidly changed. He has muzzled the press and banned any opposition.

How did we—Beninese journalist Flore Nobime and Olivier van Beemen, the Dutch author of Heineken in Africa: A Multinational Unleashed—get into this position? It was early February of this year, and we were conducting research on African Parks, a South Africa-based wildlife organization that manages 19 nature reserves in 11 countries on the continent, including two Beninese parks. (Olivier will publish his findings on this later—see also the postscript call for sources below.) We visited the town of Tanguiéta near one of them, Pendjari National Park, and spent 24 hours in a village close to the park entrance to find out more about the living conditions of local residents.

We were aware of the safety risks outside Tanguiéta: the region is tormented by ongoing jihadist violence. But given the brevity of our stay in the village and the good guidance we had arranged, we thought the chances of something bad happening to us were very limited.

And indeed, it was a smooth visit. There were no roadblocks, and we weren’t stopped by the African Parks or army vehicles we passed. Back at our hotel in Tanguiéta, we were visited by the local police commissioner—in flip-flops—because our presence outside of town had been noticed. We were taken to the police station for an identity check. However, we were not informed that we were officially arrested—the first of a series of violations of Benin’s Code of Criminal Procedure and constitution. Despite being cleared by the district attorney and having signed a document that our arrest had ended, we were not free to go. Without being charged, we were transported to the criminal police squad in Parakou, Benin’s second city.

So here we are, alleged spies, having reached the criminal police squad after a night on a wooden bench next to a crate of empty bottles of Guinness, in the hall of a police station halfway between Tanguiéta and Parakou. Bright lights and loud television, showing American B movies dubbed into French, stay on all night.

The next morning, we have to go to the headquarters of the criminal police squad in Cotonou, Benin’s largest city, where we expect our laptops and phones will be searched. We use the relative privacy of the office where we spent the night to erase digital documents that might put our sources in danger. Late at night, a police officer wants us to sign a document stating we know we are accused of serious offenses, and that their investigation shows consistent incriminating information.

On day three of our arrest, we hit the road again, in what is locally called an “escort corridor”: at the border of every police district, we have to change to another police pickup truck. In most cars, we’re in the back seat, between two officers with AK-47s, but sometimes we are in the trunk outside. For part of the ride, we’re handcuffed, sometimes to each other. Passersby in villages give us astonished looks.

Meanwhile, the Dutch ambassador in Cotonou has informed the Beninese Minister of Foreign Affairs of our case. She’s optimistic: further escalation is in nobody’s interest, but it remains to be seen if I will be on my scheduled flight back to Europe, two days from now.

The ride is even slower than the previous days, and the stops are longer. We spend the whole night in cars and at police stations, with no chance of sleep. Day four of our custody starts off in a suburb of Cotonou, where we wait in a room behind a locked door. Next to us are the real cells, where we see a woman with three young children lying on the ground.

In Cotonou, we hardly advance at all. It’s unclear if that’s due to logistic trouble or if there are instructions from higher up. We inform the ambassador that it’s likely we’ll spend a fourth night in custody.

Then things start moving. An hour later, it’s not yet another pickup truck waiting for us in the courtyard of the police station, but a more luxurious SUV. Our destination has also changed: it’s no longer the criminal police squad, but the national police headquarters, where we are welcomed by the director-general in person. In a spotless, air-conditioned waiting room, we realize how scruffy we are ourselves. Our backpacks are full of oil stains from the leaking jerrycans in the trunks of the vehicles.

The head of police gives us a sermon: we should have informed the authorities of our plans. But he also lets us know that he is an understanding man with much respect for press freedom. That’s why he has decided to drop the charges against us. Flore is free to go right away, and Olivier will be deported on the first plane to Europe, that same evening.

In a statement, African Parks writes that it didn’t play a role in our arrest and wasn’t even aware of our visit to the north of Benin. The head of the Beninese police, Soumaïla Yaya, refuses to answer our questions about the reasons and legal basis of our detention.

Our story illustrates how a model democracy was transformed in a short time into a country where people no longer dare to criticize the government and where freedoms were rapidly curtailed—a development that can also be seen elsewhere in West Africa. In the annual press freedom index compiled by the NGO Reporters Without Borders, Benin is in 121st place. Before Talon, Benin was 78th, and a decade earlier the country was in the world’s top 25, one place behind Germany and four ahead of the United Kingdom.

Fear is even visible among officials. It is probably the main reason why we were kept in prolonged police custody: only at the highest level were they willing to take the responsibility to release us. Had we been exposed as real spies, police officers at lower levels could have ended up in court themselves.

We were reluctant to go public with this story, partly because of the consequences such a publication might have for Flore. But she insists that we tell it. She is outraged that journalists in her country are finding it increasingly difficult to do their jobs and regrets (though she understands) that almost everyone is silent about it.

We aren’t the first journalists to be threatened with prosecution by the special terrorism court. Several others have, too, like Casimir Kpedjo in 2019. His alleged crime? In his articles, he criticized a euro bond issued by the country and issued a bleak analysis of the national economy, which was considered fake news by the authorities. His case was postponed many times and he is no longer in detention, but he is officially still waiting for a verdict. Four journalists who recently visited the north, like us, are also still waiting for a date to appear at this court.

A thorn in the eye of many journalists is the Digital Code, a set of laws and regulations officially aimed at providing a secure environment for all kinds of digital activities. However, for journalists and ordinary citizens, it means they have to be careful with everything they publish online, including on social media. Even sharing a link can lead to prosecution.

Investigative journalist Ignace Sossou knows all about the dangers of the Digital Code. He got a prison sentence of 18 months, of which he had to serve six, for three tweets. One of them was a mere quote from a prosecutor during a speech: “The Digital Code is like a weapon pointed at the temple of … journalists,” the prosecutor had said.

Our story was published in French in May 2022, so people in Benin could read it. Despite the risk of sharing, we received numerous reactions from Beninese readers, mostly supportive. One of them was an apology to Olivier, from “a simple citizen whose name is unknown to any national authorities.” This commenter wrote: “In the name of my country Benin, I hope that one day, you will be welcomed by the extreme hospitality we have always promoted towards foreigners.” 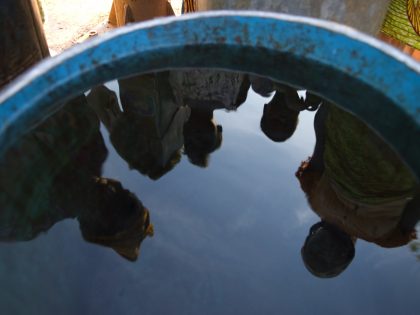 Must indigenous knowledge be science to be valid? Philosopher Paulin J. Hountondji shows that we must ask why Africa is scientifically and technologically dependent in the first place. 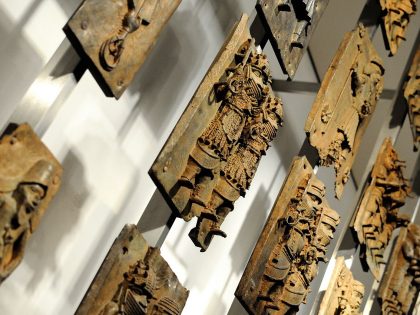 What comes after art repatriation

We all want to see Africa’s heritage repatriated to the continent. But what happens after it returns?