This is adapted from Zeyad el Nabolsky’s chapter in the new book, “Africana Studies: Theoretical Futures,” edited by Grant Farred and published by Temple University Press in June 2022.

The Beninois philosopher, Paulin J. Hountondji, is widely considered to be one of the most influential figures in the development of African philosophy in the second half of the 20th century. His name is primarily associated with the critique of the current in African philosophy which he dubbed “ethnophilosophy,” instantiated in the work of Placide Tempels, Alexis Kagame, and others. In his Sur la Philosophie Africaine  (1976) [translated into English as African Philosophy: Myth and Reality in 1983], Hountondji argues that the “ethnophilosophers” were illegitimately passing off folk beliefs and worldviews as philosophy in the proper sense, or as a “strict science,” to put it in the Husserlian idiom that Hountondji sometimes deploys. His critique of ethnophilosophy is that it relied on suspect metaphilosophical assumptions and that its method involved foisting the ethnophilosopher’s own philosophical views upon a whole people, in addition to its reliance on the assumption of unanimity, that is the assumption that all people in a given “traditional” African society held or hold the same philosophical views. Yet, he did not just attempt to refute ethnophilosophy on normative grounds, he went further by attempting to explain its very existence. This is where the connection between Hountondji’s project and ideology-critique in the classical Marxist sense becomes apparent.

Ideology critique in the Marxist sense involves two steps. First, one shows that the view in question is false. Then, if the view in question involves errors that cannot be accounted for by merely innocent intellectual errors, one then attempts to explain how it arose by referring to structural socio-economic phenomena, to the conditions that provide succor to it. For Hountondji, the relevant socio-economic phenomenon in explaining the rise of ethnophilosophy is the phenomenon of dependency. Specifically, the economic, social, political, and cultural dependency that characterizes the relationship between African countries and their former colonizers. For Hountondji, ethnophilosophy is primarily oriented toward a non-African audience insofar as it caters to a European audience’s expectations regarding what African philosophy should look like.

Despite accusations of academicism, Hountondji is clearly interested in what African philosophy can do for African societies. In fact, it is due to his practical concerns that he is rather wary of inflated claims made on the behalf of philosophy, as he indicates in his 1981 article “Que Peut la Philosophie” [translated into English as “What Can Philosophy Do?” in 1987]. In fact, for him, the problems of African philosophy stem from more structural issues, and it would be naïve to expect that philosophy, done right, can end neocolonialism. However, philosophy, done right, can positively contribute to the identification of the issues at stake, especially when it is integrated with the relevant empirical research.

It is here that Hountondji’s work is clearly marked by contact with one of the most influential research projects in the Global South during the second half of the 20 century, namely, dependency theory. Today dependency theory is often maligned as too structuralist, too economistic, and a dead end. It is also sometimes claimed that the body of work that we identify today as “postcolonial theory” emerged as a response to the neglect of cultural phenomena by the hitherto dominant political economy approach, which the dependency theorists championed. However, Hountondji’s work leads us to cast doubts on this received image of dependency theory.

Hountondji as he acknowledges in his most widely read article on scientific dependence, “Scientific Dependence in Africa Today” (1995), clearly draws on dependency theory, especially the version of it developed by Samir Amin, but because his concern has to do with the state of African philosophy, his deployment of dependency theory is focused on cultural phenomena. To this extent, Hountondji’s work attempts to show that a dependency approach need not neglect cultural issues. More than that, Hountondji’s work shows that one cannot explain the relevant cultural phenomena without a version of dependency theory. His argument rests on the assumption that the development of something such as modern science is a necessary condition for the emergence of something like modern philosophy, an assumption which he shares with Louis Althusser. Thus, his attempt to answer questions about what he views as the relatively underdeveloped condition of African philosophy leads him to consider the history of science on the African continent. Moreover, he also believes that the development of modern technology (or productive forces to put in Marxist terms) is a necessary condition for the development of something like modern science. This is a version of the thesis that was given its classical form by Boris Hessen in his essay “The Socio-Economic Roots of Newton’s Principia” (1931).

Hountondji then turns to the following question, assuming that there is a relationship of causal dependence between technology and philosophy, albeit one that is mediated by science, how did colonialism affect the development of technology, science, and philosophy on the African continent? For Hountondji the answer is that it clearly had a detrimental influence. Here he draws on the work of some of the most well-known dependency theorists—namely Andre Gunder Frank, Immanuel Wallerstein and Samir Amin—to argue that the effects of capitalism in the colonized societies, and specifically in African colonized societies, were different from the effects of capitalism in the metropoles. He contends that in the colonized societies and specifically in Benin and other West African countries, colonial capitalism impeded the development of productive forces. Insofar as the development of modern productive forces is a necessary condition for the development of something like modern science, colonial capitalism had adverse effects on the possibility of something like modern science developing on the African continent. And insofar as modern science is a necessary condition for the emergence of modern philosophy, colonial capitalism placed obstacles in the path of the emergence of an autonomous tradition of modern African philosophy. Hountondji’s work can thus be taken to show that the claim that dependency theory has nothing of interest to say when it comes to explaining cultural phenomena in the formerly colonized world is at best simplistic, and at worst downright mistaken.

Hountondji contends that without investment in the creation of autonomous African research institutions that are integrated with the national economies of African states, Africa’s scientific and technological dependency will persist. To be sure, Hountondji did not neglect what he termed “endogenous knowledge,” yet for him such knowledge had to be integrated with the research programs of contemporary scientific disciplines and critically assessed on this basis. Endogenous knowledge can have a role to play in ending Africa’s scientific and technological dependence, but only if it is liberated from the petrification that it is subjected to when it is described purely in ethnographic terms, and only when its truth claims are assessed in a serious way using the means of hypothesis testing that having been developed in the relevant contemporary scientific disciplines. To the extent that Hountondji thinks of modern science as the paradigm of successful inquiry, he is a modernist. His work on scientific dependency is especially relevant in this current moment given the fact that the COVID-19 pandemic made it clear that Africa’s dependence on imported vaccines is not sustainable in the long run. The fact that the African continent as a whole imports 99% of the vaccines that are delivered to its inhabitants shows that thinking about scientific dependency in a serious way is imperative today. 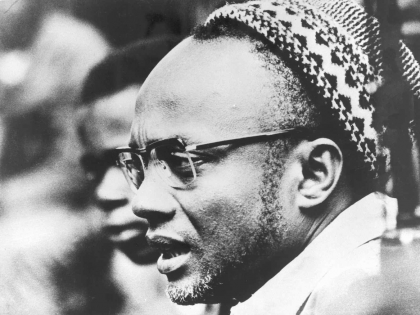 A little bit of African thinking 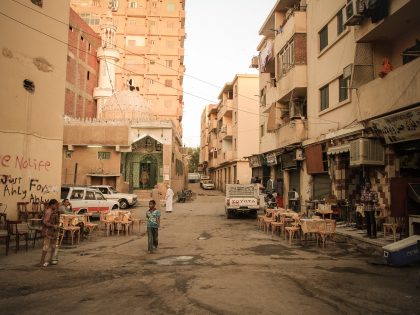 Gramsci in the postcolony

How useful is Antonio Gramsci’s concept of hegemony in making sense of 20th century Egyptian politics?

Among the many legacies of Teju Olaniyan’s teaching and writing would be a project to not only speak in the ideological name of Africa, but to redistribute the power of speaking in that name.