In early June, Senegalese President and African Union (AU) head, Macky Sall, met with Russian President Vladimir Putin. At the top of the agenda were the food security consequences of Russia’s war in Ukraine. While at least 30 of Africa’s 54 countries have condemned Russia’s invasion of Ukraine, they have often done so carefully and in a more muted fashion than many European, North American, or Asian countries.

While there may be many reasons for the AU’s careful approach to Russia at this particular moment, Africa’s dependence on the Black Sea region for agricultural inputs and cereal grains likely figures among them. The consequences of the Russia-Ukraine War, piled on top of two years of COVID-19 disruptions, climate change, and conflict in some areas have once again exposed the vulnerabilities of African food systems. While growing food insecurity on the continent requires emergency measures in the short term, a longer-term strategy must consider new approaches for strengthening African food sovereignty.

Average global food prices have risen more than 40% since 2014-2016. According to the World Food Program, of the 811 million people facing food insecurity in 2022, about 282 million may be found in Africa (roughly 21% of the region’s population), with particularly acute hunger hotspots in Ethiopia, Nigeria, South Sudan, Somalia, the Sahel region, Benin, Cape Verde, Guinea, Zimbabwe, Angola, Madagascar, and Mozambique.

Together, Russia and Ukraine are among the world’s top three exporters of wheat, maize and sunflower oil and African countries import more than 40 percent of their wheat from these two countries. The importance of wheat in African food regimes ranges widely across the continent. Africans on average consume 49.5 kilos of wheat per annum as compared to a global average of 65.5. However, this varies between 25.2 kilos per capita for African countries South of the Sahara (where other grains like maize, rice, and sorghum or millet are as or more important) and 143.8 kilos per capita for North African nations, one of the highest regional averages for wheat consumption in the world.

Countries like Egypt are in a particular bind as bread is a major food stuff and it relies on Russia and Ukraine for 50-60% of its imports of wheat. While the price of bread is heavily subsidized in Egypt, the government is struggling to maintain reasonable prices given skyrocketing wheat costs, which increased 165% between May 2021 and May 2022 due to war-related disruptions and speculation.

Russia is also a major exporter of energy and fertilizer, and shipments have been disrupted due to sanctions and the unwillingness of insurers to provide coverage for cargo vessels in the Black Sea. Several African countries, such as Cameroon, Ghana, Senegal and Kenya, have historically relied heavily on Russia for their fertilizer imports. These disruptions raise costs for farmers or depress yields when fertilizer is too expensive to purchase or in short supply. Lastly, rising energy costs not only drive up the cost of food transport but the cost of cooking gas that is widely used in many African cities. In South Africa, for example, higher cooking fuel costs often lead lower-income households to cook less nutritious meals and rely more heavily on prepackaged foods, with consequences for nutrition.

Africa’s food system predicament did not happen overnight but is largely the consequence of food policy reforms over the past 40 years. Beginning in the early 1980s, the majority of African countries adopted structural reforms at the behest of the World Bank and the IMF. As a result, many African countries moved away from policies of food self-sufficiency and focused on the export of a few commodities for which they were deemed to have a comparative advantage. This policy shift, combined with increasing rates of urbanization on the continent, led to a steady rise in grain imports, particularly rice and wheat.

While this approach worked throughout the 1980s and 1990s when global food prices were relatively low and stable, it unraveled quickly in the mid-2000s with the 2007-2008 global food crisis, a period when average food prices rose by 50% and rice by 100%, a shock that hit a number of African cities particularly hard. In response, many African leaders began to re-emphasize food production, but they pushed energy-intensive production methods as per the New Green Revolution for Africa, which emphasized the use of improved seeds, inorganic fertilizers and pesticides.

The reliance of African food systems on grain imports and energy-intensive farming methods makes them vulnerable to supply chain disruptions and energy price fluctuations. One strategy for emphasizing greater African agency in food systems is food sovereignty, defined as “the right of peoples to healthy and culturally appropriate food produced through ecologically sound and sustainable methods, and their right to define their own food and agriculture system.” Food sovereignty approaches often emphasize agroecology, or the combining of crops, greater crop diversity, field trees and compost to boost yields, manage pest problems, and maintain soil fertility.

Not only are food sovereignty approaches that emphasize agroecology more accessible to the poorest of the poor, but they would provide African countries with greater autonomy in a world where supply chain disruptions and energy price fluctuations are inevitable. Like a bad rain year, the Russia-Ukraine War is neither the first nor the last such disruption, and all concerned need to think long and hard about how to build less vulnerable and more resilient African food systems. 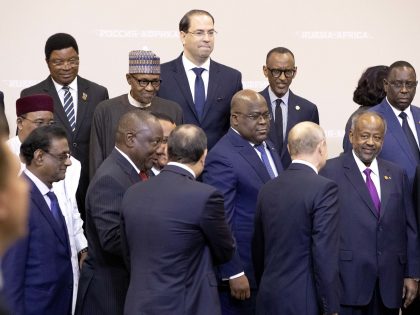 The war in Ukraine may seem far from Africa, but it is not

To compensate for its possible isolation by the West, Russia could turn its attention to Africa, making the continent the next center stage for imperialist struggles.

While 282 million Africans go to bed hungry every night

More than 500 indigenous and farmer organizations across the continents have raised their voices to expose the UN’s Food Systems Summit as only advocating one food system—so they’re being silenced. 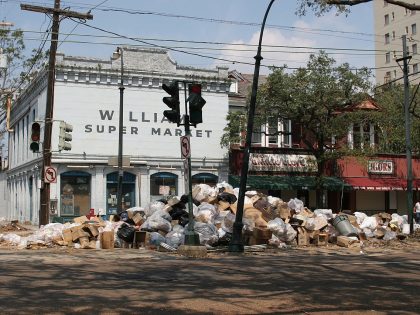 Reflections from New Orleans, Louisiana—the US’s most African city—on the economic fallout from the coronavirus pandemic.