In the wake of Malawi’s 16 Days Of Activism Against Gender-Based Violence, we need to consider all the less outwardly violent—but nonetheless oppressive—ways that we deal with women and girls in Malawi. These practices make it such that gender-based violence (GBV) is not an exception to our ways but, ultimately, a necessary, defining rule. If we consider as violence not just physical and sexual abuse and assault, but emotional and psychic damage that is specifically gendered—directed against women and girls simply because they are women and girls—then we may start to better understand the roads by which the more explicit forms of GBV travel and eventually manifest. Litigating in favor of the humanity of our girls and women cannot and should not start in the courtroom, after obvious crimes have been committed; it must start before, within the foundational expectations of their lives.

Take the example of Grace, one of my many nieces from my mother’s village. She is seven years old; whip-smart, talkative, confident, and thoughtful, she is quick to identify things that don’t make sense and then equally quick—on account of her intelligence—to take advantage of those same nonsensical things if there is something to be gained from it. Being as young as she is, she is still physically confident—she plays hard, she roams where she likes, she takes up space and believes she deserves to. With the right resources and societal structures in place, Grace might have a limitless future in front of her: the ability to make the greatest use of her character, gifts, and skills to build exactly the future she wants for herself and even to surpass her own expectations. If she were a boy, we would have no question as to the brightness of the future ahead of her.

Except Grace profoundly understands the system she is in, and at seven, she is resigned to it in a manner far exceeding her small age. (Sometimes, I think her preternatural wisdom is where the inexplicable spackling of white hair a couple of inches above her right ear comes from.) So resigned is she that one day at my mother’s house in Blantyre, she marched to the kitchen while my grandmother’s nurse was making stewed beef for Grandma’s dinner and declared, “You need to show me how to cook that. When I get married I want to be able to cook that too.” My mother was horrified when the conversation was relayed back to her by Grandma’s nurse. I think the nurse had thought it was hilarious for a seven-year-old to say something like that; my mother didn’t. “A seven-year-old already talking about marriage?” my mother said. “She should be focused on school! Not marriage!”

When I was a young girl in Malawi, I did what I was supposed to—worked hard in school, did well in all my schools here and abroad, eventually moved out of my parents’ house to strike out on my own. Despite making my own life, I am nonetheless increasingly under familial pressure, mostly from the family’s elders, in exactly two respects: to find a husband so that he can take care of my mother, and to leave my life abroad behind, move back home, and keep my mother company, especially since she lost her husband—my father—three years ago. Yet when I’ve tried to explain that I work abroad now in order to make sure I can support my mother in the way she’s accustomed to later, I’m met with blank stares. And I haven’t even dared to explain that I don’t plan to abdicate responsibility for the eventual care of my mother to a stranger to my family, even if in the form of a husband, simply because he is a man.

So was Grace really wrong, then? “Work hard in school,” we tell our girls. “School is good; it will bring good things to you,” we are told when we are young and then repeat to the next generations of girls when we ourselves are grown. Except the dirty little secret is that the only thing school brings our girls is the opportunity to find a better man to marry on the road to becoming fully-fledged women in our society, and by “fully-fledged women” we mean women who successfully attach themselves to a man who defines them and then learn how to shoulder the backbreaking yet invisible work of keeping our communities standing with nary an open complaint. Because the truth is that the only thing we as Malawians truly expect—indeed demand—of our women is to tirelessly support the existence of their community’s men—husbands or brothers or uncles or sons—whether or not that effort is earned by or returned from those same men.

Do we truly expect our girls to work hard in school, then, or to work hard in the service of our men? What is the point of telling a girl to work hard in school, to focus on her studies and not men, if the fact of her having gone to school ultimately won’t matter in our society if she is without a man to underscore her worth? When, no matter how much schooling she’s had, her life’s ultimate destination is always expected to be the same, that she marries and then serves her community with no mind for her own needs until her death? We don’t really want girls educated for their own sake—we want girls whose educations we can talk about like shiny objects we’ve collected, especially if that education was funded by a male relative. If we’re proud a girl went past a high school education, it’s not because we are proud of her intrinsically and excited for the woman she will eventually become. Instead, we’re proud to tell people we have a girl who made it so far, because it makes her more attractive as a man’s future wife.

In a strange way, then, I admire Grace for seeing it so clearly, for having the insight not to bother with a futile fight that will only exhaust her and cause her feelings that her society will have no ability to hold or accept. At thirty years past her age, I am only starting to see the truth—past our billboard platitudes and radio jingles enunciating the worth of women and to the truth that without a man to be attached to or a community I am energetically serving in some capacity, I am societally irrelevant. I can play the game, certainly—I genuinely enjoy cooking, I’m clean to a sometimes annoying fault, I can talk with my mother late in the night about her plans for her retirement without Dad, I can expend time and money coming home twice a year with suitcases full of clothes, books, and gifts for my relatives. I just can’t reconcile myself to the idea that I haven’t done this fully if I haven’t completely erased myself first, whether to my society or to a man.

In a society where girls are trained to gradually become invisible, the violent endpoint of that spectrum is inevitable. We can’t talk about the scourge of GBV, then, without first naming the uncomfortable reality of the extent to which we render our girls and women invisible, treating their lives as though they are worthless without a man to give them value. This all exists on a spectrum: GBV is not just about physical and sexual abuse, but about power and the dynamics of that power within a societal setting. And a man who engages in this kind of violence against women does it not solely because of something broken inside of him that makes him prone to this behavior, but because he subconsciously understands that not even his society considers the female-gendered being in front of him to have intrinsic value worth developing and upholding. Her gender is the basis for that violence, because were she to be of a different gender—his gender—he never would engage in that violence to begin with.

Change the equation and you change the results: start cultivating girls as people in their own right rather than as auxiliary figures to an eventual man’s self-evidently worthy life, start genuinely treating boys and girls in the same ways as they grow up—as deserving of the same degree of investment and worthy of the same kind of excitement about who they are to become, rather than members of one gender being taught cooking and cleaning while those of the other are taken on business trips and later given money to start ventures of their own—and you will begin to see a meaningful shift in the violence, both quiet and loud, that girls and women are trained to expect as their lot in life, especially when they dare to step outside their expected roles. Let us not have this be another thing we pay mere lip service to in order to make ourselves feel good. Let us do more than tell the Graces of the world to work hard in school—let us have a real plan for the fully self-actualized people we aspire for the Graces of the world to become.

The multifaceted effects of gender-based violence on girls in Malawi. 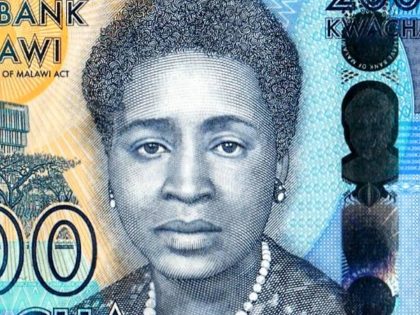 More than a freedom fighter

A new book about Rose Chibambo lifts the veil of post-colonial romanticism from her story. We get a moving, nuanced portrait in her own words. 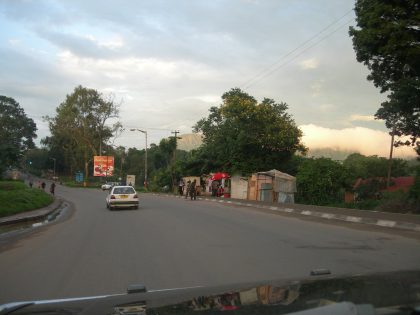 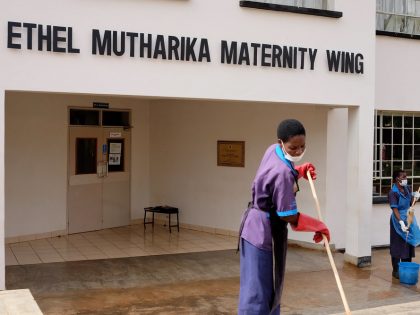 Coronavirus will force all of us to grapple with a new sense of mortality.