In recent fights to re-constitute Black studies in the context of Eurocentric curricula and institutions, scholars must recognize the radical role African thinkers have played in this struggle in order to avoid past divisions. This became pronounced recently when Professor Anani Dzidzienyo, a Ghanaian scholar of Brazil and the African diaspora, died in October 2020, and students, artists, and scholars from across the globe mourned. The diverse and dispersed networks Dzidzienyo built over 50 years of scholarship reveal the crucial yet underacknowledged role that African scholars played in founding Black studies methodologically and institutionally from the late 1960s through the 1980s. He pioneered the establishment of study of the African diaspora at Brown University and researched south-south relations and Afro-Brazil in ways that forged new modes for understanding globalization and retracted often unrecognized channels of Black radical connection. While the importance of prominent African American and Caribbean thinkers, artists, and activists travelling to Africa has been well documented, there is still little recognition of the vital route played by young thinkers coming from Africa to the US, and the particular role of Ghanaian intellectuals in shaping a lesser-known and often neglected global aspect of Black radicalism and Black internationalism.

Dzidzienyo is part of a generation of intellectuals who came of age as Ghana fought for independence under the leadership of Kwame Nkrumah. His stepmother, Grace Ayensu, was one of the first women in parliament and a prominent member of Nkrumah’s Convention People’s Party who forged diasporic linkages and solidarity with other Black people. In 1960, Dzidzienyo left Ghana to represent the country at the New York Herald Tribune World Youth Forum. He graduated from Williams College in 1965 with a BA in Political Science and completed his graduate studies at the University of Essex in Latin American Politics and Government in 1968. He then spent three years as a research fellow at the Institute of Race Relations in London, during which time he first visited Brazil.

Dzidzienyo’s story reveals how Nkrumah’s ideas about pan-Africanism and African liberation inspired young scholars to seek out global linkages around race and power, to uncover historical connections and forge new ones. These exiled Ghanaian intellectuals insisted that mutual emancipation required that Black Americans viewed Africa as a place of ongoing political struggle and sociocultural transformation, instead of seeing the continent merely as an abstract symbol or distant heritage. At the same time, they argued that it was necessary for Africans to understand the African American and Afro-Latin Americans “reality.” These Ghanaian scholars followed a long history of Gold Coast internationalists, including Chief Sam, who inspired many African Americans to return to Africa.

Dzidzienyo started at Brown at a time when Cold War politics and Black nationalism had turned Africa into an abstract symbol for many African American activists rather than as a place of ongoing political struggle and sociocultural transformation. The work and lived experiences of Dzidzienyo and his Ghanaian cohort of exile intellectuals offer us the opportunity to rethink the Civil Rights era as a collaborative effort between Black Americans and Africans in the struggle for Black liberation in the US. Combining the study of Africa with a practical blueprint for emancipation, these Ghanaian intellectuals were also open to the particular radical and activist nature of the US Black Student movement, which enabled them to connect political education with mobilization. In his scholarship and activism, Dzidzienyo focused on what Africa meant for Afro-Latin Americans and worked to mobilize Afro-descendants in Latin America in the fight against worldwide white supremacy in his analysis.

Dzidzienyo asserted that connecting with Africa would enable peoples of African descent to generate a racial political consciousness attuned to global issues including the plight of Afro-Brazilians. His 1971 groundbreaking book, The Position of Blacks in Brazilian Society, challenged scholars to center the lived experiences of Afro-descendants within Brazilian studies and Latin American studies more broadly at a time when the lusotropicalist ideas of the right-wing thinker Gilberto Freyre still dominated intellectual discussion of race in Brazil. Pioneering the field of African diaspora studies at Brown University, Dzidzienyo helped move Black studies beyond simple Africa-US and Africa-Europe conversations toward a scholarly analysis rooted in Africa-Latin America connections.

The first tenure-track professor that Rhett Jones, an African American scholar, hired to help establish and develop an Afro-American studies department at Brown in 1973, Dzidzienyo, was according to Jones, the reason “Brown’s Black Studies unit was among the pioneers in what now is called the study of the African diaspora.” Fluent in English, Ewe, Fanti, French, Portuguese, and Spanish, Dzidzienyo ensured that Brown’s approach to the diaspora was genuinely hemispheric in scope. Working with other faculty members, Dzidzienyo made Brown’s program a prominent center for research and teaching about the Portuguese-speaking world, especially Afro-Portuguese societies.

For Dzidzienyo, it was important that the study of Africans and peoples of African descent exist outside of the framework of the global North. Thus, he asserted that a study of the contemporary political, social, and economic networks between African and Latin American countries offered an important space to rethink Black radicalism and Black internationalism.

Dzidzienyo became particularly interested in what the public memory of Africa meant for identity and emancipatory political movements throughout Latin America. Dzidzienyo research on Brazil investigated both historical and contemporary linkages to the continent. He urged scholars to shift their focus from a “frozen Africanity,” which simply celebrated specific African historical, cultural, and religious retentions, to a study of the diaspora as a “dynamic variant,” one whose crosscurrents shaped the sociopolitical realities of contemporary Africa and Latin America.

Dzidzienyo’s life and work reminds us of the important moment when a few Black scholars attempted to conceptualize the project of Black liberation beyond the shores of the United States. They followed a long line of people who had done the same, going back a century or more. Dzidzienyo was one of several Ghanaian intellectuals active in the US, Grenada, Suriname, and Senegal from the late 1960s through the 1980s. These scholars were bonded by their admiration of Nkrumah’s pan-Africanism ideas, their nationality, and their forced or self-imposed exile. They all brought portions of Nkrumah’s political and intellectual vision to their new contexts, reshaping his original vision as they went along. Their collective contributions to the global development of Black studies have been largely ignored but their legacies within the institutions where they worked remind us that there were spaces in which radical African intellectuals, through the 1970s at least, ensured that the liberation of Africa was central to Black radical intellectual pursuits worldwide.

Academic reparation and stepping aside

The works of Frantz Fanon can be read as architectural renderings of rights, futures, and generations toward a “very different Afro-futurism.” 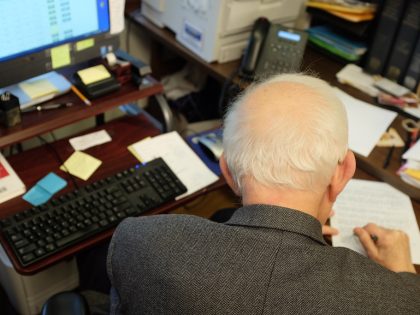 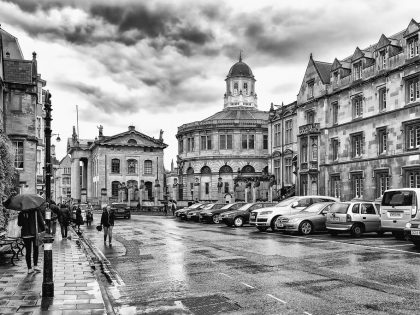 Delegates to ‘Global Africa’ at Oxford University write about how Zionists and their apologists target the academy.