Two years ago, as I concluded my time as President of the United States-based African Studies Association (ASA), I delivered the obligatory “presidential lecture.” Mine was entitled, “#HerskovitsMustFall: A Meditation on Whiteness, African Studies, and the Unfinished Business of 1968.” (A revised and expanded version of the lecture eventually appeared in the ASA’s journal, African Studies Review.)

Africa Is a Country founding editor, Sean Jacobs, has been nudging me for almost two years now to write about that 2018 lecture and its aftermath. We served on the ASA’s board together for three years. In contemplating my response to him, I kept remembering this run-down tro-tro I used to see plying the roads of Accra. The words, “NOTHING LEFT TO SAY … ” were emblazoned on its back door.

As I said in Atlanta in 2018: much of what I had to offer the audience had been said before—by  other scholars (in print and lecture format), including by some of my presidential predecessors, like Sandra Greene, James Pritchett, Pearl Robinson, and Paul Tiyambe Zeleza. The vexed, racist history of the association and the ways in which, with the support of the US government and major philanthropic institutions, it helped empower traditionally White universities as African Studies powerhouses, while marginalizing Black scholars, especially at Historically Black Colleges and Universities (where African Studies had first taken root in the US) was a well-known story, at least for some. (My capitalization of “Black” and “White” reflects my agreement with recent public commentary. See, for example, Kwame Anthony Appiah, “The Case for Capitalizing the B in Black,” The Atlantic and Nell Irvin Painter, “Why ‘White’ Should be Capitalized, Too,” The Washington Post.)

Based on the ASA’s documentary archive, I was perhaps able to offer a deeper dive into events in Montreal in 1969, when Black radical scholars and their allies took on the association’s entrenched White power. I also compiled and shared some statistics: on presidents elected and prizes awarded, by race and by gender, from the founding of the organization in 1957 to the present. Those numbers were stark, and they were unforgiving. I even recall some gasps from the audience.

In the end, the lecture was greeted by a standing ovation. It left me elated and just as quickly deflated. Let me explain.

I would say that in equal numbers Black and White scholars approached me after the lecture to thank me. I was touched by their words of support, especially those from the youngest cohort, who had no idea of the history of the association and now felt they understood why the meeting “looks like it does.”

I was equally struck by the fact that a good many White audience members wanted to “thank me for my words,” and then share an anecdote that was clearly intended to distance them from racism, White privilege, and White supremacy within African studies. I ended up calling these stories “White woke anecdotes.” The “woke” storytellers ranged in age from those who had been in attendance in Montreal in 1969 to those still in graduate school, but they had in common a clear need to establish distance from the historical narrative (and the accompanying statistics) I had offered. The anecdotes were inevitably about what they had “done” to counter “prejudice,” as if they had single-handedly figured out a way to transcend, to exist outside the structures of academic power and privilege within African Studies. Not one person shared how they might possibly be implicated in the reproduction of that racialized power and privilege.

In the weeks that followed, there was a fair amount of discussion about the lecture across various social media outlets, much of it positive. But several African and African American scholars rightly questioned whether so many White scholars would have jumped to their feet in applause if the speaker—me—had not been White; they wondered how my positionality (by race and gender) facilitated my being heard in ways that Black scholars before me had not. This line of questioning seemed right on target, especially in the wake of the “woke” anecdotes that kept coming my way, unsolicited, for months. That questioning seems even more urgent now.

My education as an African Studies scholar did not unfold outside structures of US academic power and privilege. From the classes I was able to take, to the FLAS-funded language study so easily in reach, to the grants that funded my research, my education was a direct product of a well-funded, calculated system of affirmative action for White students, including first generation college students like myself. It began in the 1960s at schools like Wisconsin, Northwestern, Indiana, Boston, Florida, Illinois, UCLA, Michigan State, and the like. I was a 1980s beneficiary. There was at least one generation before me, several after, and those well-supported students have gone on, as professors, to reproduce themselves well into the 21st century, via successive generations of still overwhelmingly White African studies scholars in the US, at the same African studies “powerhouses.”

Yet, despite this entrenched institutionalized reproduction of racialized academic power in the US, I am somehow heartened these days. When I look at the ways in which the arts, the humanities, and the humanistic social sciences are flourishing in so many parts of the continent, both inside universities and outside of them; when I look at young African studies scholars across the globe, whose trans-Atlantic diasporic autobiographies belie the static identity categories we’ve operated within for so many decades; when I look at all that is new and possible and out-of-the-box, the energy, the promise, and yes, the decolonizing and the decolonial … I can’t help thinking that a very different African studies may finally be dawning in the US and globally.

Even the ASA seems newly and creatively future-focused. From the Board, to the past, present, and future presidents, to the new executive director, to the extraordinary 2020 Call for Papers—forged by Carina Ray and Prinisha Badassy—the ASA seems poised to ponder transparently and constructively a reparative plan, as it works to eliminate any and all legacies of racism. As the 2020 program title proclaims, it is “The Hour of Decision: Power, Persistence, Purpose, and Possibility in African Studies.”

In the meantime, for those White scholars like me, who have benefited deeply and for decades from the systemic mechanisms of affirmative action support first granted to Melville J. Herskovits and his cohort 60-plus years ago, for those of us who are as old as the ASA (and older!), “this hour of decision,” this now, might be the moment for enacting a kind of personal academic reparation: don’t just move the furniture around to make extra room … step aside.

Despite increased global debate over refugee issues, few discuss these issues in terms of refugee histories, especially histories of Africans seeking refuge in and beyond the continent.

How African is the ‘African Studies Review’?

The journal’s editor acknowledges that it has a long way to go before most Africa-based scholars recognize it as an especially African journal. 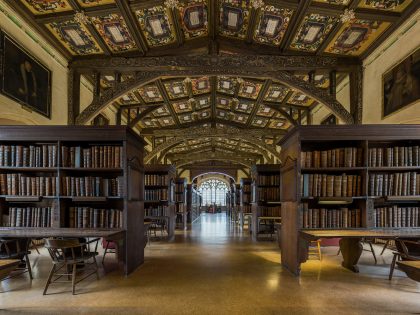 There is no Africa in African studies

The experience of studying Africa in London makes the writers question the validity of “African Studies” as is currently taught in Britain.