There has been a lot of talk within civil society organizations about why the next Secretary-General of the United Nations (UN) should be a woman. Their argument is that since the UN was formed 75 years ago, and there has not been a single female Secretary-General, it does not augur well for an organization that is committed to gender equality and that purports to represent all of the world’s people.

The first term of the current Secretary-General, António Guterres, ends this year. Simone Filippini, the president of the Netherlands-based non-profit Leadership4SDGs, who has been campaigning for a woman to succeed Guterres, says that the race to have a female at the helm of the UN “is not about achievements or the possible lack thereof of Guterres” but is about “the principle that deep into the 21st century, it is unacceptable to have a few member states wheel and deal to pick one of the most important jobs in the world.”

Filippini is referring to the fact that the selection of the UN Secretary-General is carried out by only the five permanent members of the UN Security Council: the US, Britain, France, Russia, and China. This means that the person chosen as Secretary-General is usually one who will serve the interests of these five permanent members—someone who will not openly defy their policies, even if they go against the ideals of the UN or if they contravene international law. This explains, for example, why the UN Security Council can impose sanctions on a tiny country like Eritrea but did not impose any sanctions on the US or Britain for waging a war in Iraq in 2003.

UN Secretary-Generals are typically selected from countries that are viewed as economically or politically weak—countries that do not have a big say in the running or funding of the UN and that will not pose a significant threat to the US, the biggest contributor (22 percent) to the UN’s budget, or to the four other permanent members of the UN Security Council and their allies.  Typically, they come from small countries with little political muscle or military might. (The current UN Secretary-General is from Portugal; his two predecessors were from South Korea and Ghana.) Hence it is unlikely that we will see any time soon a UN Secretary-General from a country like Iran or even from the world’s second most populous country, India.

Given the current geopolitics, where power and wealth are concentrated in a few countries, both male and female UN bosses have limited space to push forward their agenda. Even if a woman is nominated and appointed as the UN Secretary-General, we are not likely to see significant reforms in the gender arena because such a woman would be reluctant to bring about major reforms for fear of being labelled too feminist or losing the support of influential UN member states. Being a political appointment, she is not likely to offend her own government or governments that supported her appointment. She is not likely to introduce major shifts in the work culture of the organization either. Hence, the mere presence of more women at the top of the UN hierarchy will not automatically make the UN a more woman-friendly environment.

Most female UN bosses do not come into the organization with strong activist or feminist credentials; most are selected because they appeal to certain member states of the UN, particularly the five permanent members of the Security Council.  These “political appointments,” like that of the former head of the UN Human Settlements Program (UN-Habitat), Anna Tibaijuka, an agricultural economist whose appointment was supported by Sweden and other Northern European countries (even though she is Tanzanian), are, therefore, constrained by how many feathers they can ruffle within and outside the UN, where consensus is often required to bring about change, and where taking hard line positions is viewed as undiplomatic. It would, for example, be considered extremely undiplomatic and impolite for a female head of a UN agency to urge a Saudi Arabian leader to give women in his country more freedom or to remind the president of US, the so-called “leader of the free world,” that weapons he sold to a certain country had been used to kill innocent women and children.

Secretary-Generals who take strong positions on certain issues do so only after they have the nod and approval of the five permanent members of the UN Security Council. One would be hard-pressed to find a UN Secretary-General condemning Russia or China for human rights violations or condemning the US for failing to prevent the spread of COVID-19. To survive in this male-dominated bureaucracy, female heads of agencies try hard not to be seen as having an agenda or to be too vocal about issues that might offend certain powerful or influential countries. Some try even harder not to be seen at all, preferring to keep a low profile until their term ends. Then there is also the fact that female bosses are held at a higher standard than male bosses. The UN is full of highly incompetent male managers, but one does not get to hear about their failures.

The most notable exception was Mary Robinson, the former Irish president who served as the UN’s High Commissioner for Human Rights between 1997 and 2002. As high commissioner, Robinson made an official visit to Tibet in 1998, which was probably not viewed kindly by China, an influential member of the UN Security Council that has been resisting Tibetans’ calls for autonomy from China for decades. She also criticised the US for its continuous use of capital punishment, and after the 9/11 terrorist attacks on New York and Washington, she accused the George Bush administration of violating human rights in its so-called “war on terror.” Robinson had been an unconventional leader even when she was president; she was the first head of state to visit Rwanda after the genocide there in 1994 and also visited conflict-ridden Somalia in 1992 during its civil war, at a time when the country was considered a “no-go-zone.”

However, Robinson’s fiercely independent—some might say defiant—posture worked against her in 2001, when she was condemned for allowing some Arab delegations at the World Conference Against Racism, held in Durban, South Africa, which she presided, to equate Zionism with racism. As a result of this and her other actions perceived to be against US, Israeli and other Western interests, she was eventually forced out of her UN job, most likely because of pressure from the US government, and replaced with the much more “diplomatic” Sergio Vieira de Mello, who later served as Kofi Annan’s special representative in Iraq, where, unfortunately, he was killed in a bomb attack shortly after his appointment.

Yet, no other global body has worked as hard to ensure gender equality globally. After the UN was founded, it established a Commission on the Status of Women that is dedicated exclusively to gender equality and the advancement of women. And in 1979, the UN General Assembly adopted the Convention on the Elimination of all Forms of Discrimination Against Women. The UN also has an entire agency—UN Women—devoted to women. UN Secretary-Generals have also pushed the gender agenda on the world stage. In 2008, at the launch of a global UN campaign to end violence against women, the then Secretary-General, Ban Ki-moon, stated: “There is one universal truth, applicable in all countries, cultures and communities: violence against women is never acceptable, never excusable, never tolerable.”

Yet, despite the gender-sensitive rhetoric, gender equality within the corridors of the UN remains a mirage, and sexual and other types of harassment of women are rampant. An internal UN survey in 2018 found that one-third of the UN staff members surveyed had been sexually harassed, and only one out of every three employees who were harassed took any action against the perpetrator for fear of retaliation. About one in 10 women reported being touched inappropriately; a similar number said they had witnessed crude sexual gestures.

Another survey by the UN Staff Union found that sexual harassment was one among many abuses of authority that take place at the UN. Results from the survey, which were released in January 2019, showed that sexual harassment made up about 16 percent of all forms of harassment. Forty-four percent of those surveyed said that they had experienced abuse of authority; of these, 87 percent said that the person who had abused his or her authority was a supervisor. Twenty percent felt that they had experienced retaliation after reporting misconduct.

My own experience at UN-Habitat showed me that it matters little in the UN if the head of an agency is a woman; in fact, it was the female head of the agency who failed to protect me when I made a complaint about being bullied and intimidated by my male supervisors. When I was eventually forced out of the organization, I knew then that women who take principled stands against corruption, harassment, bullying, and other forms of misconduct will not be protected, not even by their female bosses. My subsequent attempts to have my case resolved by the next female Executive Director of UN-Habitat hit a similar brick wall. There was virtually no attempt to look into my complaints; on the contrary, the people I had accused were given promotions, and my case was filed and forgotten. I suppose I naively expected a female head of a UN agency to be more sympathetic to my case, but as I found out, the UN is structurally built in such a way that the unhealthy and extremely hierarchical and competitive (male) culture of not tolerating dissent prevails.

The UN need not be a hostile place for women, but given its structural inadequacies, including an all-powerful Security Council that makes decisions based on the whims of its permanent members, and its misogynistic work culture that punishes competent and diligent women, it is unlikely that a female head will be able to go against the grain. For the UN to become more inclusive and gender-sensitive, it must change its work culture, and correct the power imbalances among UN member states that dictate whose voices and opinions matter. This is an extremely tall order that no woman—or man—at the helm of the UN can change overnight. 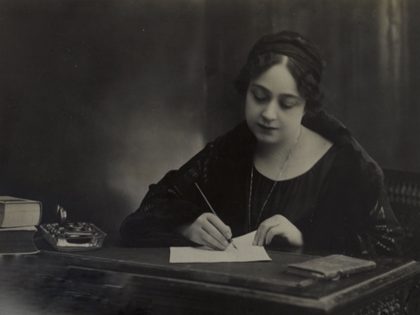 Feminism, sovereignty, and the pan-African project

What lessons for today are there from how post-independence governments in Africa conceptualized sovereignty? 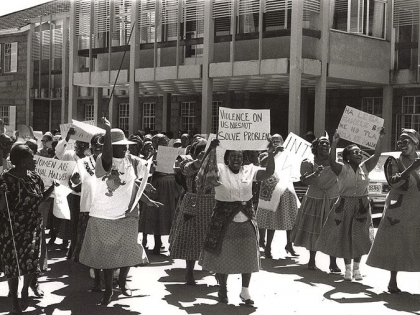 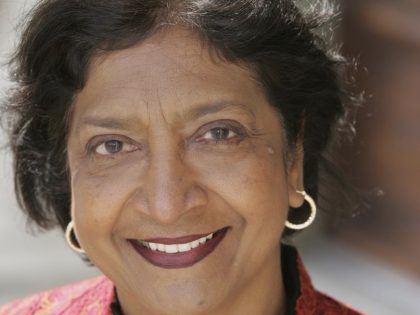 The most powerful woman in Africa?

Business magazine, Forbes, made a list of “The 100 Most Official Women”: The top African on the list is the United Nations’ top human rights official, Navi Pillay, from South Africa.