This article is part of our Reclaiming Africa’s Early Post-Independence History series from Post-Colonialisms Today (PCT), a research and advocacy project of activist-intellectuals on the continent recapturing progressive thought and policies from early post-independence Africa to address contemporary development challenges.

Sara Salem is Assistant Professor at the London School of Economics and Political Science and part of the Post-Colonialisms Today project, for which she undertook research on the linkages between feminism, sovereignty, and the pan-African project. In anticipation of the PCT special issue of CODESRIA next year, she spoke with Anita Nayar about some of her most interesting findings, from the internationalist conceptions of sovereignty in the early post-independence period to the contributions and contestations of African feminists to the pan-African project. Sara also recently released her book, Anticolonial Afterlives in Egypt The Politics of Hegemony.

I’m excited to talk with you about the research you’ve undertaken for Post-Colonialisms Today; your analysis explores how sovereignty in Africa’s immediate post-independence period was necessarily conceptualized as a pan-African and internationalist project, which offers many lessons for today. You also trace, through archival materials, the contributions of African and South feminists to the conception of pan-Africanism, breaking with Western feminists to conceptualize national liberation as fundamental to gender justice. Can you begin unpacking this rich analysis with how early post-independence African governments conceptualized sovereignty?

There are differences among African governments in how they conceptualized sovereignty, but I think we can point to some overlaps in how sovereignty as a whole was thought of and contested. What strikes me is their expansive idea of sovereignty, one that went beyond formal independence or formal decolonization and that included political, economic, social, and cultural dimensions. Sovereignty did not refer to sovereignty over territory alone, but also over economic structures and social life. We can see this expansive definition of sovereignty at play when we look at events like the Afro-Asian Conference at Bandung, during which governments focused on the importance of industrialization and diversifying export trade by processing raw materials before export, which points to an awareness that African countries were in a position of dependency to global capital because of their reliance on exporting of raw materials.

Importantly, sovereignty was not just seen as national, or as a project of decolonizing the nation, but also international. Many states aimed to disrupt the structure of the “colonial international,” which is a term Vivienne Jabri coined to describe how the international sphere is still permeated by imperialism and colonial power, and transform what sovereignty meant for all nations everywhere. This is in contrast with the colonial spectrum of sovereignty where some nations were seen as sovereign and others as potentially sovereign. Think here of the categories of mandates or protectorates. As Kwame Nkrumah noted, “the essence of neo-colonialism is that the state which is subject to it is, in theory, independent and has all the outward trappings of international sovereignty. In reality its economic system and thus its political policy is directed from outside.” So regaining control over the structures of economic and political life meant intervening in and transforming a global arena that was still colonial in nature.

What are some of the policies through which post-independence states challenged the “colonial international” and secured their sovereignty through regional and international cooperation?

Many of these policies hinged on the belief that regionalism and internationalism were crucial to creating a more just world. Thinking back again to the Afro-Asian Conference at Bandung , we see particular themes emerge that connect economic sovereignty to forms of regional and international connectivity and highlight the urgent need for cooperation within the global South. Policies that reflected this transnational understanding of sovereignty included the creation and sharing of technical expertise, research, and development; the establishment of international bodies to coordinate economic development (for example the Organization of African Unity); and self-determination in terms of economic policy. These policies served to create connections between countries in the Global South, as well as to promote a particular form of independent economic development that came to characterize many post-independence states across Africa. While many of these programs used the language of socialism, they largely implemented what could be called state capitalist policies, but it is still useful to note the underlying ethos of economic sovereignty and the notions of connectivity and cooperation.

I also think it’s useful to think of how cooperation was framed then as being in the service of decolonization and transforming colonial systems of rule, where today cooperation is often framed, by states, in the language of neoliberalism, which has dramatically shifted the terrain of cooperation. This meant that economic and political policies were connected to a very different set of understandings around capitalism. If one could reference the Bandung spirit, it was clear that cooperation was understood to be with the ultimate aim of disrupting colonial/racial capitalism, rather than reproducing it. One example I discuss in my research for Post-Colonialisms Today which will be published in a CODESRIA special issue next year, is of Ghana lending 23 million to Guinea so Guinea would not have to borrow from France, which was a clearly political and ideological move aimed at disrupting colonial capitalist mechanisms that were still structuring the international sphere. In contrast, today, it would be difficult to imagine this form of cooperation. Even where the same term “cooperation” is used, it often refers to forging connections in the service of neoliberal accumulation rather than disrupting it.

How did African feminists in the early post-independence period shape and challenge pan-Africanism and the decolonization project?

Feminists were a crucial part of decolonization projects across the continent, even if much of that history has been written through the prism of male figures. Figures such as Claudia Jones and Amy Ashwood Garvey were engaging in internationalist activism around colonialism, racism and gender very early on, cultivating networks that became important to pan-Africanism more broadly.

One way in which feminists shaped and challenged state-led decolonization projects is by consistently centering feminist ideas of liberation and freedom. Garvey, who addressed the Pan-African Congress in Manchester in 1945, and Jones, who wrote an influential text entitled An End to the Neglect of the Problems of the Negro Woman!, are crucial figures, especially in their speeches and writings on women’s unpaid work. Feminists raised the need to hold their own states as well as colonial states to account. For instance, at one conference, a Vietnamese delegate appealed to African delegates to protest against Algerian, Tunisian, Senegalese, and Moroccan soldiers being taken to Vietnam to “fight against a brother people, against whom they have no reason whatsoever to fight.” Feminists, then, often elaborated a double critique aimed at Western feminism and Western states as well as postcolonial states. This double critique was central to the ways in which African and Asian women, and women of African descent imagined decolonization. Decolonization was never simply about men from these countries taking political power; it was about liberation for both men and women. While the archives do not tell us in great detail who the women across the African continent were who took part in these conferences, we do know that there was momentum around feminist organizing that took both patriarchy and racial/colonial capitalism seriously.

Can you tell me a bit more about this schism between global South and global North feminists—how did this play out?

Tensions between feminists in the South and North rose very early on, and centered around the participation, complicity, and silence of feminists in the North on issues of racism and colonialism. Given the colonial context during which many of the early feminist debates began, it is understandable that women saw gender equality as tied to national liberation. This soon produced confrontations between African, Asian, and Middle Eastern feminists on the one hand, and Western feminists on the other.

This often played out in international feminist conferences, where there were increasingly heated debates around what “feminism” meant and what issues feminists should focus on. In my research for Post-Colonialisms Today, I write about the 1939 International Alliance of Women conference in Copenhagen, which marked one breaking point. Here, I show how Egyptian feminist Huda Sha‘arawi announced the need to create an Eastern feminist union, especially after Western feminists refused to speak out against the Balfour Declaration. For many global South feminists, national liberation and feminism were seen as entangled and not separate issues. The call by Western feminists to focus “only” on feminist issues stoked these growing tensions as well as the obvious problem of Western feminist support for these very colonial projects. The category of “woman” has always been an already-racialized category that is far from universal, even as it was claimed to be so.

What is the value of looking back to this period of early post-independence Africa as a source of lessons for today, as Post-Colonialisms Today is doing, particularly around questions of development, regionalism, and confronting neoliberalism?

The main value is in showing that there have been, and therefore still are, different ways of thinking about development. In our current moment, it can sometimes be difficult to imagine other ways of living or connecting to one another, especially at the state level. The moment of decolonization, with all of its disappointments and betrayals, still hinted at a different way of thinking about economic and political development. In the case of Egypt for instance, where I’m from, state-led economic development in the 1950s and 1960s disrupted the dominance of foreign capital and colonial influence in the Egyptian economy, while providing social welfare in the form of free healthcare and education. This is a far cry from contemporary Egypt, where economic crisis has become the norm, there is no welfare system to speak of, and foreign capital dominates the Egyptian economy. I think there is something important in remembering this moment precisely because it is a haunting reminder of a different way of organizing economic life. That is not to say that we should return to those projects or recreate them today, especially since they were also extremely flawed and at times violent. It is more to think about how multiplicity opens up space to imagine the world differently. Finally, I think that what that moment teaches us is the power of colonialism and racism to shape the limits of what’s possible across Africa and the Global South. Tracing how newly-independent nations navigated the terrain of a decolonizing world highlights the power of the colonial international, and urges us to think of how it manifests today.

What are some of the most interesting or surprising stories and archival materials you’ve come across during your research?

The most interesting archival material I came across was from the Pan-African Conference in Manchester in 1945. I found this material interesting because of the amazing array of people, projects, ideas and hopes captured in the photographs, programs, letters, and notes that makes up this archive. As a collection, it brought to life the lifeworld of pan-Africanism, and the incredible and inspiring dimensions of it. In particular, it brought to life how expansive pan-Africanism was and continues to be, including peoples from the continent to the Caribbean, the United States, Britain, and elsewhere. To me, this archive brought to life just how global pan-Africanism has always been, and how this created space for synchronicity as well as friction in extremely productive ways. 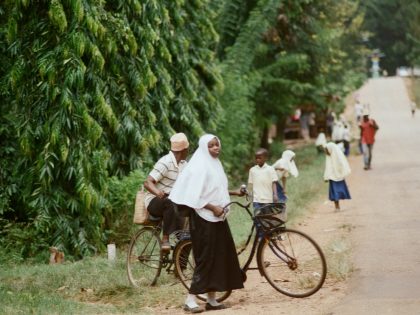 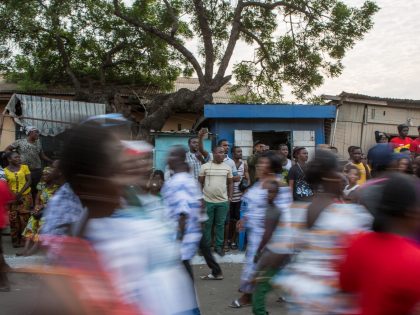 Nkrumah, Nyerere and Senghor were acutely aware of the need to displace the epistemic conditions of colonization in order to transcend it.

The task is to recapture progressive thought and policies from post-independence Africa for our times.