This post is from our series “Capitalism In My City,” presented in partnership with the Mathare Social Justice Centre in Nairobi, Kenya. You can also read it in Swahili.

It is often said that a healthy nation is a working nation, but in a country where healthcare has been largely privatized and with high unemployment rates, there is no health and no work. I have witnessed this firsthand, especially when my sister fell ill.

I graduated with a bachelor’s degree in economics from the University of Nairobi’s School of Economics in 2017. While in university, I worked at Kenya Wines and Agencies Limited (KWAL) as a casual laborer. It is a space where the workers are completely alienated from the products of their labor. We worked to manufacture, repackage, and distribute alcoholic and other sweet beverages, but the majority of the workers, earning a wage of Kenya shillings 400 ($4) per day, were not able to afford what they produced, and it was common that you would be arrested and taken to the Industrial Area police station if you were found to have tasted any of the products.

The motivation behind my decision to study economics at university level was the desire to understand the economics behind macro and micro scales of production in Kenya, and to improve the material conditions of my family. As students, our expectations varied from being employed in a government ministry, the Central Bank or the Treasury. However, after being given the power to read, write and do all that pertains to our degree, the reality in the job market is different, since there are limited employment opportunities in a country where at least 9,000 graduates are released into the job market every year.

After my graduation, in addition to family expectations to improve their material conditions, my sister, the late Winnie Anyango Otieno, fell ill in January 2018. We found her three days after she had collapsed in her house. She was admitted to the Kenyatta National Hospital where the doctors diagnosed her as having a problem with her nervous system, which consequently led to the loss of coordination in her legs. She went through treatment for two and a half years, but she never got better. In the first week of May 2020, she collapsed again and was rushed to St. Mary’s Hospital in Lang’ata, where it was discovered that, all along, she was suffering from a brain tumor. When the doctors from St. Mary’s hospital compared the MRI scans that were done in 2018 at the Kenyatta National Hospital and the ones they did in 2020, it was revealed that the tumor appeared in the first scan but it was small and manageable at that time. My sister was thus misdiagnosed in 2018.

This discovery came as a shock to the family because, among others, brain surgery for Winnie would be expensive. Several questions were asked within the family: how will we afford her treatment? In case she was required to travel outside the country for treatment, how would it happen given the COVID-19 lockdown? We did all we could as a family to raise the funds for her treatment, but Winnie succumbed to her illness on May 28, 2020.

Coupled with unemployment, my country is also faced with poor healthcare for its citizens and only those who are in bed with capitalism can afford decent healthcare. Even the middle class, who resemble our petty bourgeoisie, are a major illness or a road accident away from poverty. Cases of misdiagnosis when seeking treatment are many, and many people die from diseases which would have otherwise been treated if discovered early, or if they had gone to the larger more expensive private hospitals. The situation is worse for those who are poor and are living in the informal settlements, as revealed in a research project—on “Access to Quality Healthcare in Embakasi North Constituency in Nairobi”—that we recently conducted. It is worth repeating the findings here:

In the quest to maximize profit, capitalism has robbed the common people of the basic needs for survival. It is therefore our commitment as social justice activists in the social justice centers to continue with political education and demand better healthcare, housing, food, clean water and sanitation, free quality education, jobs, and respect for human rights and dignity, among other rights. Ultimately, as Dedan Kimathi once said, “it is better to die on my feet than to live on my knees” and eventually the people themselves will rise up to liberate themselves. For us to be a healthy working nation, we need to demand both quality work and more just health services. 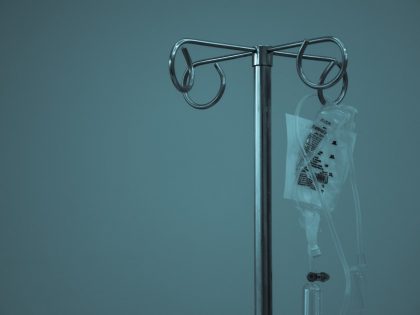