Slim, a salt-of-the-earth homebody played by Daniel Kaluuya, is definitely punching above his weight when late one weeknight he gets the right swipe from Queen, a hardened defense lawyer played by newcomer Jodie Turner-Smith. What begins as a lackluster first date takes a sharp left turn when Slim is pulled over by a racist police officer as he drops her home. In a blood curdling scene that echoes Sandra Bland’s infamous encounter with police in Texas in 2015, Queen’s exasperation with the “routine” stop rachets up tensions until multiple shots are fired. The first bullet grazes Queen’s leg and the second fatally wounds the officer when Slim leaps to her defense. As the enormity of the situation dawns on the unlikely pair, they make a pact: risk facing Ohio’s death penalty or flee the scene. Their decision to run and the emergence of police dashcam footage turns them into the internet’s “black Bonnie & Clyde,” dividing the US and audiences along the fault-line of justice vs. just us. The remainder of director Melina Matsoukas & writer Lena Waithe’s debut feature leads audiences on a stylized inversion of the underground railroad, slow cruising from Ohio to Florida via New Orleans in a pimped-out Pontiac Catalina borrowed from Queen’s Uncle Earl. Along the way, a handful of workaday Americans throw into tragicomic relief the intensely personal and inadvertently political choices the duo make as they attempt to follow in Black Panther Assata Shakur’s footsteps and escape to Cuba.

It’s a rollicking ride, brutally honest in its look at hood politics and unapologetically aimed at black and allied audiences. I attended two previews of the film and there was spontaneous applause at both, for characters that restored unexpected faith in humanity or brought light relief to its darkest moments. Nevertheless, both (predominantly people of color) audiences exited in a state of visible shock with a number of people weeping freely at its close. But making a film “for the culture” doesn’t mean excluding, it’s purpose is to heal. In an interview with an American radio station, screenwriter Lena Waithe declares:

Hearing that Sandra Bland tape is traumatizing. People don’t realize that for black people, when these stories come across our news feeds or televisions … it’s not just another story, it’s not just a piece of news to us, it’s like a piece of us dies every time we hear about an unarmed black person being killed by a police officer. We are all living in a state of trauma.

That kind of audience reaction raises several questions. Why do Black Britons feel a connection to African American trauma so keenly? When we hear the bloated mosquito bloop of an American cop car why do the hairs on our necks stand up? It’s more than simply pop culture saturation, the connection that race brings or the film’s tactical use of two British actors in the lead roles. It’s a question of desperation. Desperation in Queen’s tongue, tired as she is of police violence disproportionately affecting black urban communities on both sides of the Atlantic. Desperation in Slim’s finger on the trigger, subverting all precedents of who dies when state matters collide with black lives. Desperation in a story of this ambition from Waithe, an Emmy-winning young artist on the rise who could have tackled any narrative but felt compelled to address this one. Indeed, desperation for new narratives and new heroes is what will propel black audiences worldwide to see this film and partake in its revolutionary energy. Despite what some critics have made or failed to make of this film, the work speaks to an ongoing cultural renaissance that is as affirming to blackness as the preceding century of on-screen culture was to whiteness. Of the nine films nominated for Best Picture at this year’s Oscars, six have failed to amass a social media following larger than Queen & Slim. It has received no nominations in a year that promises yet more diversity dodging at the Academy. Instagram is by no means a comprehensive indicator of a film’s quality, but online engagement ahead of its European release shows demand is growing for stories offering real representation to communities of color.

Despite heavy themes, Queen & Slim fizzes with the energy of quiet-storm R&B in a drive-thru soda cup, in large part thanks to Devonté Hynes’ sound track which offers a mosaic of black musical innovators to heighten every scene. Roy Ayers, Fela Kuti, Luther Vandross, and Ms Lauryn Hill ride shotgun alongside Syd, Vince Staples, Burna Boy, and Bilal. Matsoukas’ work as a music-video director, notably on Beyonce’s “Formation” video, pioneered aesthetics that have become integral to the contemporary black art experience. Solange and Moses Sumney, who both feature on the score, have produced cinematic visuals that follow this tradition, as has Hynes in work with British director Akinola Davis Jr. on “Charcoal Baby.” Matsoukas’ rich coloring, neon lighting, and elastic timing is steeped in a Blaxploitation-cum-hip-hop heritage, which expands each vignette into a microcosm. The resulting space allows Kaaluya and Turner-Smith’s expressive versatility to shine. Special mention too for Shiona Turini’s costume design. A long-time collaborator of Matsoukas, Turini works wonders with a plot that requires just one costume change. Queen’s transformation is remarkable, a thick white turtleneck and matching jeans at the film’s outset invert her black power sensibilities: she is a freedom fighter trapped in a white supremacist criminal justice system. But when the police hunt them down to her Uncle Earl’s ghetto Eden, she unpicks her braids and steps into a zebra print dress with snakeskin boots. When it comes to securing her own freedom, she’ll need a second skin naturally suited to evading her predators.

The film is a revelation in the way it weaves together the aesthetic and the political in this way. It mirrors an ever-present conversation in the African diaspora—how can western sensibilities co-exist with innate African signifiers? The passage of time through the film may feel episodic, but it is the lead characters’ personal growth and romance that holds the common thread—this tale is one of liberation. Not only the physical liberation they feel as they speed away from the inhospitable cold of Cleveland to the southern tropics, but also a liberation of the mind and spirit. Their repressed inner city lives drift out of focus as they find their true nature through each other. Slim learns to ride a horse because “nothing scares the white man more than looking up to a black man.” Queen’s character shifts from irritable atheism to choosing to say grace over her and Slim’s last supper. The small miracles of their journey teach her to believe in something more intangible than personal excellence. Matsoukas describes the deliberate choice they made casting a newcomer like Tuner-Smith:

It was important to both Lena and I to use this opportunity to create a platform for a new black actress, for a new voice because we don’t get many of those opportunities and we knew we didn’t want to waste it. We wanted to find our Queen, we wanted to introduce somebody new, we wanted to have somebody that would stand up against Daniel and the other thing that was really important for us is that she was dark skinned, I love to be part of redefining what beauty is in the world.

Stand up against Kaaluya she does, but more importantly, Turner Smith plays a black woman unleashed and it is beautiful.

The final act of the film manages to be poetic and punchy, an impressive feat not diminished on a second viewing. A sex scene, which has divided opinion, is memorable for dovetailing the film’s romantic climax with a violent protest scene. For those that find it jarring, it is worth grappling a little longer with those feelings of confusion. Of course, it is disconcerting to have such intimacy marred by graphic violence, but for many marginalized communities, the truth is that love exists in the midst of violence. Both protagonists learn that no matter how they choose to live their lives, in pious domesticity or directly facing a fight, the white gaze will catch up with them. For young Black Americans facing systematic oppression, love and freedom are framed by daily struggle.

The takeaways this film offers are ambiguous, more grey than black or white. When they have to flag a car down to borrow petrol, Slim declares “I hope they’re black” to which Queen retorts “That isn’t always a good thing.” It prepares us for the string of stereotype defying characters they meet throughout their getaway. Race is never a clear-cut signifier of solidarity and it’s great to see that truth acknowledged here in increasingly divisive times. Ambivalence defines a Tinder-addled generation grappling with questions of climate change, democratic manipulation, and social insecurity. Waithe and Matsoukas respond to this crippling uncertainty with a call for self-liberation and to leave a legacy of love. They cleverly reference this in a movie-poster-within-the-film moment which has effectively condensed Queen & Slim’s plot into an iconic meme. While immortality seems out of step with a society dominated by rationalism, Queen & Slim manages to flirt with forever convincingly. 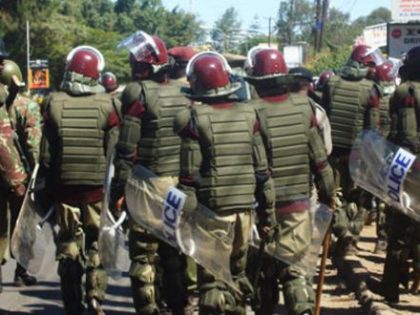 The world watched U.S. tanks roll into Ferguson, Missouri in August 2014, in a misguided attempt to control protests over the police killing of Michael Brown. In the aftermath, the apparent militarization of local American … 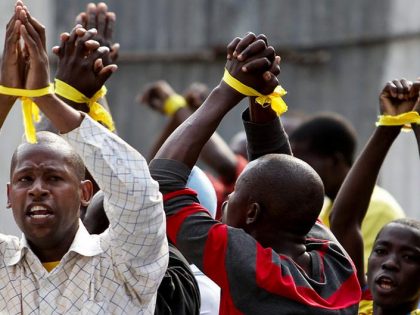 Angola spends millions of dollars to host the World Championships in roller hockey (yes). Anyone who think it is a waste of money gets beaten up.