The documentary film, Burkinabè Bounty: Agroecology in Burkina Faso, is one of two films recently released by Brazilian filmmaker Iara Lara. The film was produced in association with Slow Food, an organization that seeks to “counteract the rise of fast life and combat people’s dwindling interest in the food they eat.”

During this short film, the viewer is transported to Slow Food’s Burkinabè partner organizations: to Burkinabè farms, where you meet a farmer who promises his yams have aphrodisiac qualities; communities where women’s groups produce soap and cakes made from baobab powder; music venues where musicians speak forcefully of political mobilization and healing the land; and the streets of Ouagadougou, where groups gather to take part in the worldwide March Against Monsanto. (In 2018, Monsanto was officially acquired by German pharmaceutical and life science company, Bayer, making it one of the world’s largest agribusiness corporations.)

Images of, and interviews with, a wide range of Burkinabè actors celebrating and advocating for self-sufficient foodways is a welcomed juxtaposition to discourses of African darkness and hunger that dominate US popular culture. Such discourses underline current attempts by development actors and financiers to carry out a “new” Green Revolution for Africa, wherein African farmers are expected largely to leave the sector (an “agricultural exit,” according to World Bank theory) and those who remain are to be integrated into national and international value chains, producing commercial and cash crops for markets first, food for family second.

Proponents of this change use charts and graphs and the language of economists and tech-preneurs, and hold large forums held in African financial centers of Kigali and Johannesburg, where they appear on stage with global elites such as Bill Gates, Tony Blair and Akinwumi Adesina to appeal to African governments to create “enabling environments” to make way for private capital and make “agriculture a business.”

But this “new” Green Revolution, like the last Green Revolution, is, at the end of the day, a grand experiment. An experiment wherein communities like those featured in Burkinabè Bounty are on the frontlines; the first to be impacted and often the last to be considered in development planning. Agricultural transformation is as social as it is political-economic, and one of the highlights of the film is learning about Burkina Faso’ most recent experiment with genetically modified cotton.

From 2008—2016, Burkinabè cotton companies bought and distributed genetically modified cotton from Monsanto to their farmers. For years, yields were high and both Burkinabè and Monsanto officials were pleased. But, as Dr Brian Dowd-Uribe has carefully charted, this arrangement quickly dissolved as officials discovered that the genetically modified (GM) cotton was producing inferior lint quality compared to previous conventional seeds, and in turn, Burkinabè cotton companies were losing money on the international market.

“[They] came with their products and made promises, but people realized that they were empty promises,” explained Jean-Marie Koalga of Slow Food Burkina Faso, one of the many NGO officials interviewed in Burkinabè Bounty. Scientists worked to find a solution, but remained stumped, and so the Burkinabè companies decided to phase out GM cotton and return to conventional varieties.

In the film, Blandine Sankara of Association Yelemani describes GM seeds as a “David versus Goliath” situation—a triple threat of former president Blaise Compaore, major agribusiness giant Monsanto, and the US government. Indeed, a leaked diplomatic cable from 2008 details how the then US Ambassador to Burkina Faso interceded on behalf of Monsanto to negotiate favorable terms of business. Thus, for the Slow Food members featured in the film, agricultural change is political change.

“[I’m encouraging] people to reconnect with the land,” says Burkinabè musician Art Melody, standing in a farm he runs with his two brothers, “because only the soil can free us today.”

“We want agroecology so we can live with dignity,” Koalga tells the camera, “as Thomas Sankara said, ‘buy Burkinabè, produce Burkinabè’.”

While the film’s short interviews and incredible soundtrack do inspire, the feature has a few shortcomings that deserve to be addressed. The first, and most obvious, is that though featured in the film’s title and multiple interviews, “agroecology” is never defined or explained. This is a missed opportunity to provide a sorely needed central narrative for the film. Agroecology is both an agronomic science and a political theory. Agronomically, it is premised on the idea that small, biodiverse farms can produce sufficient yields with minimal chemical use. Agroecology offers exciting possibilities for rehabilitating and strengthening soils that have suffered from extended chemical application, prolonged drought and erratic weather.

Movements throughout Africa, including Slow Food in Burkina Faso and the continent-wide Alliance for Food Sovereignty in Africa, are advocating for investment into, and promotion of, agroecology. To be sure, NGO officials interviewed in the film talk forcefully of a future without chemicals on the farm and in food. However, missing from Burkinabè Bounty are interviews with farmers and women, and without these voices, we are left to wonder what type of futures Burkinabe farmers envision for themselves. Moreover, the film misses opportunities to tie Burkinabè struggles to global movements, and at times instead re-inscribes age-old boundaries of Africa as outside of the world. For instance, the term boisson locale (local beer) is used to describe a beer made out of sorghum, leaving one to wonder how those who do not speak French or are not talking to a foreign film crew refer to the drink (and, as it turns out, there are a variety of names for sorghum beer depending on the strength of the drink and location of the country one is drinking in).

In another instance, filmmakers interview an Italian woman who describes Burkinabè cooking as slow compared to “our” fast paced life (presumably in Italy), and, with a smile, says that she is reminded to slow down. As anyone who has prepared Italian food, visited Italy, or just watched episode 1 of Salt, Fat, Acid, Heat will tell you, the preparation of Italian food is often a laborious task.The point here is that discourse that marks African food as “local” or “slow” is always a reflection of the speaker and not the actual object at hand. African food is not inherently slow compared to any other cuisine. And sorghum beer is no more “local” or strange compared to, let’s say, Heineken.

African issues are global issues, and global issues are African issues. Like Burkina Faso, communities worldwide are demanding that governments regulate agrochemicals, agri-monopolies, and animal-based products, and are advocating for agroecological alternatives to industrial farming. In Burkina Faso like many places, these movements are not new. Though the film hints, at the end, of Thomas Sankara’s legacy, producers missed an opportunity to frame the film with this narrative. Doing so would highlight the historical precedence of food and political struggles in Burkina Faso, and provide a long view of the political project at hand that extends beyond the current moment of international funding and excitement around agroecology.

With those suggestions in mind, Burkinabè Bounty offers a good starting point for conversations around the nuances of African cuisines and foodways, Burkinabè music, and the inextricability of food and agriculture from local, national and global politics. 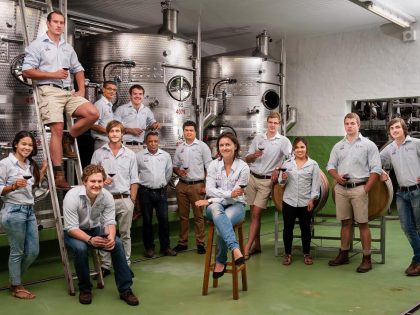 The Elsenburg Agricultural College lies 50 km east of Cape Town, tucked among the quiet valleys of the Cape Winelands. This is one of South Africa’s most fertile regions, and for the past three centuries …

What happened to ‘Africa Rising’?

Right. A better bet is for Africa to industrialize if it’s going to meaningfully rise. That’s the lesson from history. 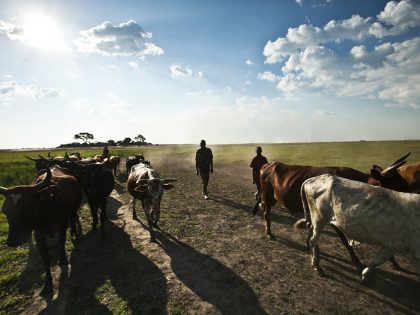 Is Africa really rising? No.

The rhetoric around “Africa rising” is giving us a false sense of comfort and distracting us from the real work that needs to happen.