In 1994, after its first democratic elections, South Africa launched an ambitious and wide-ranging program of land reform aimed at addressing its bitter history of dispossession of indigenous populations by white settlers. Progress has been painfully slow over the past 24 years, and for much of this period the land issue has seemed marginal, given that the economy is now centered on the service industry, as well as mining and manufacturing, rather than agriculture. The budget for land reform has hovered around 0.4 percent of the national budget.

Yet, suddenly, the question of land is at the top of the political and news agenda. A major controversy has erupted over the past few weeks, following a resolution adopted last December by the ANC, the ruling party. This proposes expropriation of (white-owned) land without compensation, and its subsequent redistribution to black people. At the end of February, parliament decided to investigate whether or not the country’s constitution needs to be amended in order to allow for expropriation without compensation. A constitutional review committee plans to hold public hearings countrywide, and will report in August.

White South Africans have begun to panic about the security of their property rights. The main opposition party, the Democratic Alliance, has sent out phone messages stating that “the ANC and EFF are working together to take all land and homes.” Some white commercial farmers see the beginning of Zimbabwean-style “land grabs.” Big business is up in arms. In contrast, the ANC resolution has been greeted with approval by large numbers of black people. Given the bitter history of large-scale land dispossession, refusing to pay for stolen land is seen by many black South Africans as essential to restoring their dignity.

The ANC is clearly attempting to regain political ground lost to the small but vocal opposition party, the Economic Freedom Fighters (EFF), which first tabled the land expropriation motion in Parliament. The unresolved land question, and in particular the issue of compensation, has been a key rallying cry for the EFF since it first emerged in 2013. It is sure to make land a central issue in national elections due to take place in 2019.

One effect of the controversy is that land and property rights have become key topics of public debate. This presents both dangers and opportunities for South African society, which has one of the highest levels of inequality in the world, and continues to experience deep tensions around race. The danger is that polarization obscures the real complexities of land reform and constrains effective action. The opportunity is to begin to pay serious attention to the land question, and to develop solutions to the many problems that plague government’s program.

Sadly, few contributions to the heated public debate taking place are informed by the available evidence – especially in relation to land reform, but also agriculture and urban development. Compounding these problems is the absence of reliable national data on many aspects of the land issue. The woeful record-keeping of the department of rural development and land reform, and of both national and provincial departments of agriculture, is partly to blame, but they are not the sole culprits.

The last census of commercial farming by the official statistics service, Statistics South Africa, was conducted in 2007, and it is unclear when another will take place. But the census understates total numbers of farm owners, because data are collected only from those farmers who pay value-added tax of at least one million rands (about US$84,000). These and other official reports on agriculture do not distinguish farms by size or value of output, and are not particularly useful as a guide to policy.

Official survey data on smallholder farming are thin and even less useful. There is little appreciation of the vibrancy of the informal agricultural economy and its potential contributions to sustainable land reform. Furthermore, data on land rights held by the deeds registry is inadequate for assessing overall patterns of ownership in rural and urban areas.

Government’s recent land audit is not enlightening. It provides some evidence of continuing patterns of racial inequality in land ownership; there are no surprises there. But it cannot identify the racial, gender and national identity of the 320,000 companies, trusts and community-based organizations that together own 61% of all privately-owned land. Another puzzle is the discrepancy between the large number of farms that are privately owned (429,000) and the oft-cited estimate of 35,000 commercial farmers (itself now 10 years out of date). We urgently need a more detailed breakdown of who owns productive land in different locations and who is using it for what purposes, to enable the accurate targeting of land acquisition and transfer. Information of this kind, crucial for well-planned redistribution, simply does not exist at present.

Similar problems are evident in the government’s national data base on farms acquired for redistribution or restitution. This does not contain information on land quality, prices paid for land or numbers of beneficiaries. It is not updated subsequent to acquisition and transfer. We have almost zero information on how many people have actually benefitted from land reform, patterns of land use after transfer, and levels of production and income on this land. We also have little understanding of the level of demand for land in different parts of the country.

Land policy, at the center of the current storm, is flailing around in the dark, with the haziest of understandings of how well or how badly land reform is doing, and why or what to do about it.

Another blind spot is in relation to the land rights of black Africans, which tenure reform is meant to secure. Few commentators have remarked that expropriation of land without compensation is already a reality – but in relation to the black majority, rather than the white elite. Two key instances illustrate this insecurity – recent moves by the Ingonyama Trust in KwaZulu-Natal, by which the Zulu king administers 60 percent of land owned by black people in that province, and crooked deals between chiefs and mining companies in North West, Limpopo, the Eastern Cape and KwaZulu-Natal. Powerful vested interests have been encouraged in their malfeasance by the pro-chief policies of the previous, little-loved minister of rural development and land reform, Gugile Nkwinti.

Both instances are highlighted in the recent report of the High Level Panel assessing key legislation in Parliament, chaired by former president Kgalema Motlanthe. The panel investigated social cohesion, inequality and land reform over two years, commissioning research, organizing roundtables and holding public hearings in which many rural people made their views known.

The report has been hailed for its comprehensive and critical assessment of land reform, and clear recommendations on land policy. In relation to the Ingonyama Trust, the report suggested that the Trust be either abolished, or have its founding act amended. This is in part because the Trust is converting strong customary rights, akin to ownership, into rent-paying leaseholds. These escalate by 10% per annum, and by 2020 will bring in over R100 million a year to the Trust. If rents are not paid, people can be evicted from their own land.

The justification by the Ingonyama Trust for this conversion of ownership to leasehold is that it will allow for formal proof of an address, in order for people to vote, open a bank account, buy a cell phone or receive a “rural allowance” if they are government employees. These justifications are spurious. Millions of communal area residents across the country currently vote, have bank accounts, own cell phones, and supply letters with proof of address.

The Trust, in converting rights akin to ownership into lesser rights, is clearly in breach of its own founding legislation. Litigation is currently under way to challenge these actions. But, the recommendations of the High-Level Panel report is being misrepresented by the Zulu king, Goodwill Zwelithini, the sole trustee. He is attempting to rouse isiZulu speakers to “defend their land” against national government, and threatening war.

Twenty-four years after the advent of democracy, national government has yet to enact legislation to provide full legal protection for land rights in communal areas, as required by the Bill of Rights. The Communal Land Rights Act of 2004 was struck down in 2010. The Communal Land Tenure Bill recently released for comment will also fall foul of the constitution, should it be passed by parliament. This is because it too fails to properly secure family- and community-based land rights, and renders them subject to the powers of private owners (traditional councils or communal property associations).

In the short term, a viable measure to secure land tenure rights in both rural and urban areas is to make the Interim Protection of Informal Land Rights Act (IPILRA) a permanent law. This is strongly recommended by the High-Level Panel. It also suggests that laws such as the Ingonyama Trust Act and the Mineral and Petroleum Resources and Development Act be made subject to IPILRA.

The portfolio committee on rural development and land reform in parliament recently spoke out against the Ingonyama Trust. Will parliament also be courageous enough to put on hold current draft legislation such as the Communal Land Tenure Bill and the Traditional and Khoisan Leadership Bill, while it considers the report of its High-Level Panel?

Urban land now in the spotlight

The EFF’s politicking on land is increasingly focused on the urban poor, who are at the back of the queue for government-funded houses and live in overcrowded informal settlements or backyard shacks. Many are originally from rural areas. For the poor, who can spend up to a quarter of their incomes on transport, the location of land for their shacks relative to economic opportunities is a key issue.

No wonder that the EFF is leading land invasions by the urban poor. The call for expropriation of privately-owned land without compensation resonates strongly with this constituency. Owners are vulnerable to accusations of property speculation. But government departments and state-owned enterprises such as Transnet own much well-located land, close to city centers. The use of such lands for low-cost housing, whether state-built or self-funded, is now being debated, which is surely positive.

Is land-grabbing on a large scale about to start happening in South Africa? Will the longstanding impasse in relation to changing patterns of land ownership continue, under a weak government department and ineffective political leadership? Will the ruling party, under a new president, Cyril Ramaphosa, begin to address the many failings of its land reform program?

The challenge is to do so in a manner that addresses the political challenges that arise from an unresolved “land question,” but also contributes to poverty reduction. This is the real question.

Time will tell. In the meantime, white South Africans should be offering their energies (and for farmers, some of their land) to help find solutions. This will help secure their future in the country, whereas attempts to defend their privilege could well lead to the loss of everything they own – an important lesson from Zimbabwe in the early 2000s. 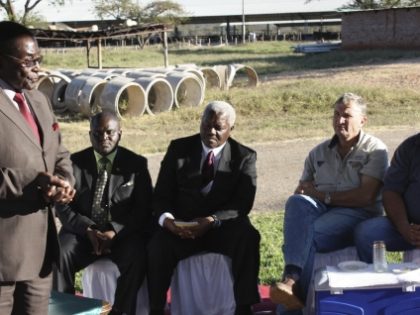 Another new book argues Zimbabwe land reform is a success

This evening in London, researchers Joseph Hanlon, Jeanette Manjengwa, and Teresa Smart will be launching their new book, “Zimbabwe takes back its land”, a book that reportedly argues that Zimbabwe’s land reform has been a … 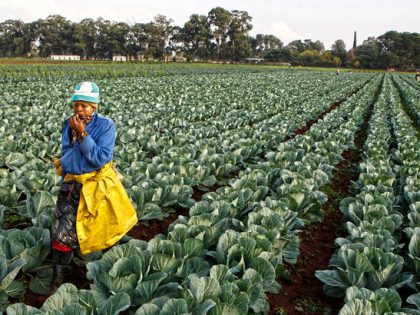