March 2018 saw the launch of the Socialist Party in Zambia. It joins a long list of political parties vying to dislodge the ruling Patriotic Front (PF), which has been in power since 2011.

This is not the first time that Zambia has had a party that claimed to be socialist. In fact, the first party to rule Zambia after independence in 1964, the United National Independence Party (UNIP), saw itself as socialist. The UNIP government oversaw a centrally planned economy, nationalization of private entities in all sectors of the economy save the banking and financial services, and the creation of state-owned enterprises, via acts of parliament. A combination of external factors, such as the oil shock of the 1970s, the end of the Cold War, spiraling inflation and other internal factors, including UNIP’s heavy reliance on patronage, led to the undoing of UNIP’s brand of socialism in 1991.

The Patriotic Front also claims to be socialist, as its “2011-2016 Manifesto” suggests. During the early days of PF rule, it felt as if every other policy it implemented as government, mimicked the UNIP’s socialism.

The PF has since undergone a policy transformation. Under party president Edgar Lungu, the PF now resembles more the Movement for Multi-party Democracy (MMD), the party it dislodged from power. Despite initially expressing opposition to the influx of Chinese investment in Zambia, the PF has overseen large scale increases in Chinese investment when in power. The same corruption allegations that dogged the MMD for most of its time in power have been made against Edgar Lungu (the PF leader and the country’s president since 2015) and the people close to him. Some of these allegations have been made by PF stalwarts, such as Harry Kalaba, a former foreign minister, who resigned his ministerial position early this year over what he termed greed and corruption in high offices.

The official launch of the Socialist Party included the unveiling of its 2021 presidential candidate Fred M’membe. A well-known journalist and businessman, M’membe built his reputation as owner and editor of the once influential but now defunct Post Newspapers. Set up in 1991, “The Post” introduced independent, non-state media to Zambia through its fearless reporting. With time, the newspaper clashed with the political establishment and shaped political discourse until its controversial closure in 2016.

The Socialist Party essentially split from the Rainbow Party (another socialist party), led by Wynter Kabimba, a former Patriotic Front secretary general and one-time minister of justice. Both M’membe and his running mate, economist Cosmas Musumali, were close collaborators of Kabimba, but broke away from the Rainbow Party following political differences. At the moment the two parties are embroiled in an ugly war of words with Kabimba accusing the Socialist Party leadership of being “sympathetic to homosexuals.” This will be a difficult tag to shrug off given that homophobia is rife in Zambia. Apart from Kabimba’s comments about homosexuals in the Socialist Party, he has also claimed to journalists that M’membe once “proposed love” to him.

So, in terms of ideology, we are not necessarily witnessing new ground being broken here. The question really is to what extent the Socialist Party is willing to stick to its brand of socialism.

Without an official manifesto, it is difficult to tell just how socialist the Socialist Party is. What can be gleaned from M’membe’s inaugural speech is that the Socialist Party intends to empower Zambians economically. Details on how exactly this will be done, are still scant. There are the usual cliché sentiments against foreign capital, promises of affordable education and the harnessing of the country’s resources for its people.

Watchers of Zambian politics will not be oblivious to the important role that the “cult of personality” continues to play in the country’s politics. It is often a stronger rallying point for voters than ideological differences between parties. This places the spotlight on both M’membe and Musumali.

M’membe divides public opinion. He is best known for his time at the The Post, which  was Zambia’s leading newspaper for years, known for its hard-hitting journalism, and relentless criticizm of government. The Post was a vital cog in former president Frederick Chiluba’s campaign for a third term of office. It also championed the fight against corruption during the Chiluba regime (1991-2002). Chiluba’s successor, Levy Mwanawasa (in power from 2002 until his death in office in 2008) was initially derided by The Post for his perceived incompetence and tribalism, but later became an ally of paper in the fight against corruption. M’membe and The Post resumed their critical stance towards government when Rupiah Banda took over the Presidency (2008-2011).

M’membe has had more than his fair share of trouble with the authorities and made a string of enemies along the way. The PF’s term in power under Michael Sata (2011-2014) saw M’membe and The Post morph from government’s harshest critic to a supporter of Sata. M’membe was fiercely opposed to Edgar Lungu taking over the PF presidency. Lungu was characterised by The Post as weak, incompetent and with a debilitating alcohol habit, rendering him unfit to hold presidential office. It was around the same time that The Post began to face legal trouble from the Zambia Revenue Authority, ostensibly for failing to pay taxes, leading to its eventual closure and liquidation.

Musumali, on the other hand, is a relative unknown in Zambian politics. Little is known about his political work, save for his initial affiliation with the Rainbow Party. He spent time working outside Zambia as an economist and was running mate to Kabimba during the 2016 general elections.

It is clear that M’membe is not a politician. In his inaugural speech as Socialist Party presidential candidate, he chose to give a history lecture. He outlined how British colonialist Cecil John Rhodes pillaged the country’s wealth, spending time detailing the injustices suffered by the Ngonis who dared resist Rhodes. It was hardly the type of speech that will get people off their seats and set them running to the next polling station to cast a vote for him. Although he claims to be a revolutionary, he does little to inspire crowds with such intellectual discourse. Indeed, the Socialist Party risks joining the growing pile of ideological puritans in Zambian politics, such as the Green Party, Heritage Party and the Rainbow Party.

The Socialist Party has some work to do in terms of packaging and selling its candidates to the public. If the target is the 2021 elections, then it seems near impossible that M’membe and Musumali will be able to raise their political profile to claim victory. Swaying public opinion is no mean feat when stacked against the prevalent culture of ad hominem arguments in Zambian politics and the ruling party’s use of state media to champion its own cause.

If there is any hope for the Socialist Party, it is in the fickle nature of Zambian politics. The PF provides the best object lesson: Michael Sata of the PF finished a distant seventh in the 2001 general election, but won the election ten years later. 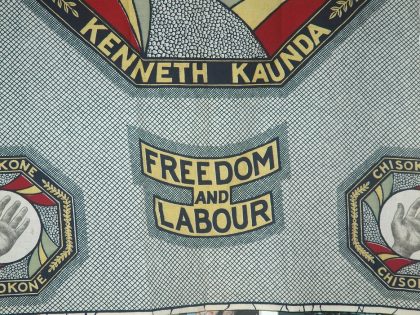 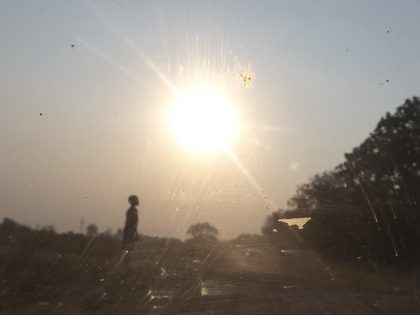 Was Cecil Rhodes really a genius?

By studying the actions of his British South Africa Company (BSAC) in present day Zambia, starting about 1890, the answer is an emphatic: No.

How decisive is ethnicity and regionalism in Zambian electoral politics?

Results from Zambia’s presidential by-election held on 20th January 2015 are now clear. They do show a very disturbing trend of regionalism in the voting pattern. Since 1964, Zambia has prided itself as a beacon … 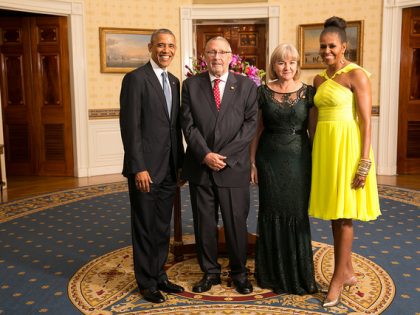 The whole ‘Zambia has a white president’ meme

When Zambian President Michael Sata died in London last week after being sick for some time, Western media (and some on Twitter) spent little time reflecting on his rule (basically a neoliberal disaster coupled with …