Berlin is a unique city. If this town and Munich were siblings, then Munich would be the sensible older sister who went and built a long and steady career in insurance, and Berlin would be the younger brother with the ripped-knee jeans and the scandalous anecdotes at family gatherings. It’s a place renowned for attracting the most rebellious of souls, its joyfully open spaces and endless nightlife being an equal draw to artists and hedonists (which, it must be said, are categories which overlap with some frequency). Indeed, such is Berlin’s reputation for freedom and progressiveness that you’d be surprised to hear that, when it comes to the subject of race, it has a significant way to go.

Yet, maybe this shouldn’t be such a surprise. It was Berlin, after all, which in 1884 hosted a conference where the major Western powers discussed how they might divide up Africa. When I moved to the city just over three years ago, I tried to find the buildings where these nations had met, but almost none of them remain standing. This, in a sense, was the perfect metaphor for Germany’s colonial past; something which had once been so prominent had now drifted into the shadows of history.

Partly because Germany had fewer African colonies than some of its peers – after all, it only helped itself to Burundi, Rwanda, Tanzania, Cameroon, parts of Ghana and Togo, and Namibia – Berlin is not particularly diverse. It is a city famed for its cosmopolitanism, but in truth most of those of foreign origin have Turkish ancestry or come from Western or Southern European states. As a result, if you are black, you can often find yourself the subject of either intrusive curiosity or alarming stereotypes.

Every now and then, the response can be worse. Binyavanga Wainaina, the Kenyan writer, told of being racially assaulted by a taxi driver in Charlottenburg, one of the city’s sleepier regions. Jennifer Neal, the African-American comedian, wrote of an encounter with a neo-Nazi on one of Berlin’s busiest train routes, where he eyeballed her and then treated her to a viewing of his SS tattoos. Recently, I had my own unpleasant encounter with one of the town’s angrier souls, which led to several non-white friends sharing their own similar experiences.

These are interesting times in Berlin. In the general election, the far-right Alternative for Germany party (AfD) claimed over 13% of the vote. The AfD, riding the wave of anti-refugee sentiment after the German government gave a million Syrians a safe haven from their civil war, are currently very confident. So confident, in fact, that they sought to pick a racial fight with one of the country’s best-loved footballers, and suggested the reintroduction of Nazi-era terminology into current discourse.

In both cases, the backlash against the AfD was significant, with many Germans outraged by their pronouncements. Yet it was revealing that the AfD felt bold enough to air such sentiments. They unfortunately profit from a climate in which several of their fellow citizens are oblivious to subjects with racist connotations – such as, for example, the airing of a program where a presenter took the stage wearing blackface. They are now the country’s largest opposition party.

It is therefore that Berlin, as its country’s liberal beacon, has a great deal of work to do. It has a strong and vocal anti-racist and anti-fascist movement, whose members turn out in impressive numbers whenever the far-right come to town; but, in a symbol of the city’s ambivalent relationship with race, their heartland often comes under police attack.

Berlin may always be home to spectacular contrasts. On the one hand, it is capable of the very greatest generosity, as seen when it welcomed Syrian refugees with food, accommodation and friendship; one friend of mine, a businesswoman and qualified doctor, worked fourteen-hour shifts providing healthcare in makeshift camps. On the other hand, its institutions can be cruelly obstructive, as another friend of mine found when trying to prove to the visa authorities that her engagement to an African man was a genuine romance. For black people, it remains a city by turns suspicious and permissive; and so, clashing and contesting, it stumbles into the future. 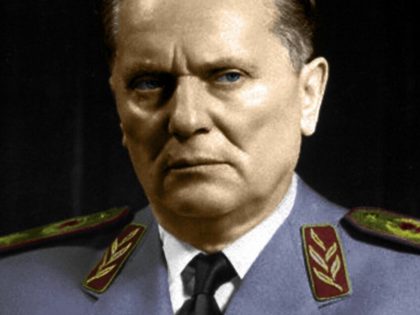 The balkanization of Nigeria?

For those who want Nigeria to balkanize, try being a small, ineffectual African country. 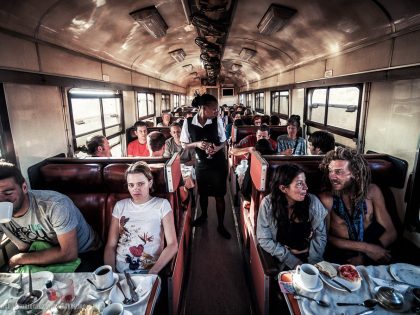 Africa is a Board Game

Players in the board game, “Ticket to Ride: The Heart of Africa,” are cast in the role of colonists, competing to make the largest imprint on Africa’s “vast wilderness.”

Africa and the Biennial: Regard Benin

In Africa “biennials are a difficult idea, conceptually as well as financially, to implement and sustain,” Sean O’Toole wrote recently in Frieze. The first Biennale in Lubumbashi in the DRC — being organised by Sammy Baloji, …

‘The West is no longer the Motor of History’

It may be worth spending a day or two with Newslick interviews with experts to educate yourself on some refreshing, non-Western, hegemonic viewpoints on what gets covered as "international news."