The South African filmmaker and screenwriter Jahmil X.T. Qubeka, made his feature film directorial debut with the stylish noir, “A Small Town Called Descent.“ Since then, he has gone on to develop a career that spans an entire spectrum of styles and genres. His documentary and feature film work has enjoyed screenings at various prestigious international film festivals, like Rotterdam, Pusan, Dubai, Los Angeles Pan African Film Festival, Cannes Film Market and Stockholm. In 2005 “Talk to Me,” a documentary on HIV/Aids which Qubeka directed for the American children’s TV outfit, Sesame Street, won several awards, among them the prestigious Peabody Award for best actuality programming. You can follow Qubeka on Twitter, here.

What is your first film memory?

I was six years old in 1985, residing in Mdantsane Township, in the then “Republic” of Ciskei. One day my father brought home a VHS machine and two flicks. One was a spaghetti western called The Unholy Four by Enzo Barboni and the other was a kung fu picture called Little Superman by See-Yuen Ng. He arrived with them quite early in the day and just left the package without connecting anything.  Having gone back to work he left me reeling with curiosity and anticipation for his return. All I had to work with was the two movies’ covers. I must have spent the better part of the day ogling the artwork. I was so enthralled by the premise and promise of the films’ cover art that I started imagining what would happen in each film. I played out both films in my head purely based on the artwork presented. By the time my father came home, he found me passed out on the floor by the TV with two VHS tapes clutched in my arms. Point of the story is that I fell in love with film iconography way before I had even watched a film.

Why did you decide to become a filmmaker?

When I was eleven or so I came to the conclusion that cinema and making movies was the definitive form of artistic expression of the 21st Century and I was going to be Africa’s answer to Steven Spielberg.  I remember stumbling across a behind-the-scenes video-diary made by my then all-round boyhood-hero, Mel Gibson during the filming of Franco Zifferelli‘s Hamlet. The video enlightened me to the process of making a picture and the intensity of the transformation actors often have to undergo when taking on major roles.  For me it was the ultimate form of storytelling, the absolute pinnacle of expression because it somehow encompassed the other mediums such as writing and music. 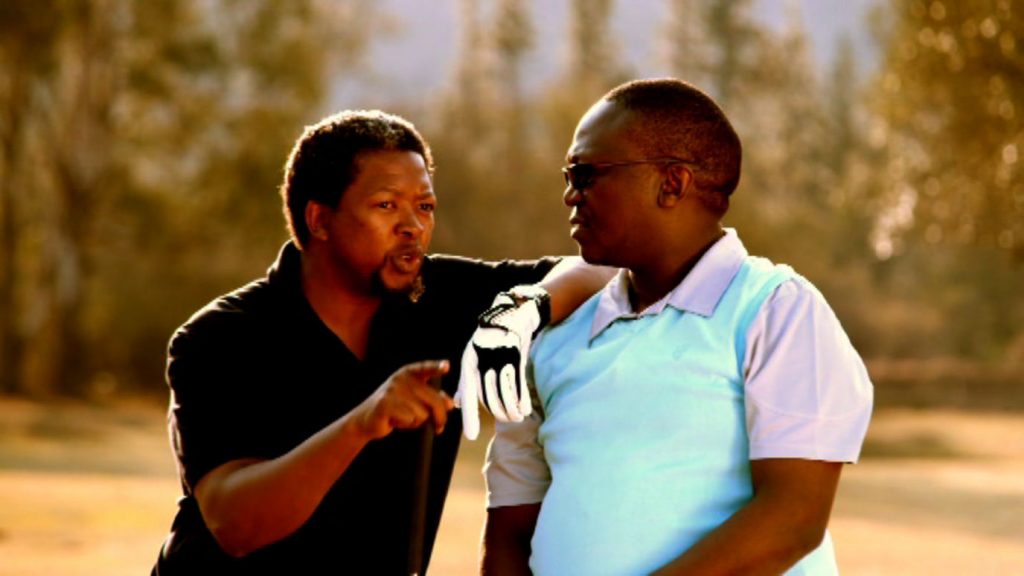 Which film do you wish you had made?

Hands down, it has to be Oliver Stone‘s Alexander. Not because I like the film, but because it’s such a missed opportunity. I readMary Renault‘s The Alexander Trilogy  a few years before the film was made. It is such a sweeping yet accessible epic that I was totally enamored by it. For years I fantasized about directing it. For one thing I wanted to do it in Alexander’ smother tongue and not in English. The film was such a let down and it drove home the sad fact that such an epic could never be realized without it being in English and having a peroxided, over-age Irish superstar play an ancient Macedonian Conquerer.

Name one of the films on your top-5 list and the reason why it is there.

John Slesinger‘s Midnight Cowboy is definitely one of my all-time favorites. I came  to it quite late. For a very long time it was one of those classics that you should have seen but I just never got around to doing it. When I finally took the plunge it was love at first sight. What a perfect picture, in every way. Performances, script, direction, cinematography, editing. Everything is on point in this film. It set a very high standard that I will always measure my work by.

Ask yourself any question you think I should have asked and answer it.

“Are you an African Filmmaker or a filmmaker who is African?” I consider myself to be the latter.  I’m driven by the art of storytelling, therefore my context is African but my language is global. When I write I aim to connect with humanity  not just a particular group. I’m fascinated by what makes us the same rather than what sets us apart.