Listening to Mauritanian singer Noura Mint Seymali’s newest album Tzenni is like enjoying a complex and meticulously prepared meal. Like an aromatic spice, her striking voice adds richness to each song, combining gorgeously with guitar, bass, drums and the ardine – a Mauritanian string instrument. Some of the songs are even named for types of food, like El Mougalmen – a Mauritanian dish which mixes spices and flowers. The song’s lyrics blend many unrelated themes, reflecting the amalgamated nature of her work.

Noura Mint Seymali grew up in a family of musicians and says she is deeply influenced by their work. This lineage gives her album a sense of historical depth, as if the listener is enjoying something that took decades to prepare. And such tradition is important to Seymali – she says that she wants “the music of Mauritania to be known around the world” – however, one of her trademarks is also fusion. She combines the traditions of her country with a litany of genres that include Tuareg guitar rock, blues, hip-hop, flamenco, reggae and funk.Yet, of course such fusion is not something completely new. Seymali’s father, Seymali Ould Mouhamed Vall, brought Arab musical traditions together with Mauritanian ones when he studied in Iraq many decades ago.

An interesting local versus international dynamic has arisen with Seymali’s career. Seymali and her husband Jeiche Ould Chighaly (who plays guitar with her, and also has his own musical career) tour internationally, yet they also still play at weddings and baptisms in Mauritania. Speaking about such local performances the two are modest. They say that such shows are easy for people like them, people who grew up in families of griots where music is ubiquitous. They joke that if someone called right at that moment and asked them to do a concert, they could go do it right away without any rehearsal.  “Griots,” Jeiche Ould Chighaly says, “do not need to practice for marriages.” Yet, it is clear that playing at concerts and baptisms requires a high amount of technical skill and local social savvy.  Mauritanian music has its own tonal scale and a complex system of five musical modes – performing at a wedding means moving through all of them. Weddings in Mauritania, explains manager and band drummer Matthew Tinari, can get particularly rowdy; some families hire security guards for crowd control.

Translating the traditions of a Mauritanian griot to the international stage isn’t always a straight forward task either. Seymali and her band have already toured Africa, Asia and Europe and are just starting to tour in the United States. Touring internationally requires mastering a different set of social and technical skills from that of the Mauritanian wedding scene. The days before concerts, Seymali explained, are full of “rehearsals, rehearsals.” Playing in so many settings, explains her husband, requires knowing “how to find the taste of the public.” Of course, like any good performer, they make their craft seem effortless on stage.

Her lyrics, beautiful enough to be enjoyed with or without the music, reflect her constantly changing, complicated musical skills and context. The title song, “Tzenni,” makes this clear:

Everything turns, everything changes.
Nothing in this life is stable
everything can change at a moment’s notice.
Sometimes life brings happiness and sometimes sadness.
What real decisions can be made, what course can be taken
in a world that’s always changing?

There’s a dynamic contemporary culture of poetry in Mauritania, and Seymali both writes her own words, and draws on the work of the poetry community of her home country. Matthew Tinari calls the work of this community an “open source” body of work which many artists draw on. “Tzenni” also reflects the work and stamina required for their lifestyle: “We joke around about it,” explains Tinari, “running around like crazy, trying to hustle.”

Though Noura Mint Seymali says she sings to show Mauritanian music to the world, she also just likes making audiences happy. The richness of her music ultimately comes from Seymali’s meticulous engagement with her country’s history, with the current global music landscape, and with her own personal journey as a musician. Turn it up and let it fill the nooks and crannies of your room. 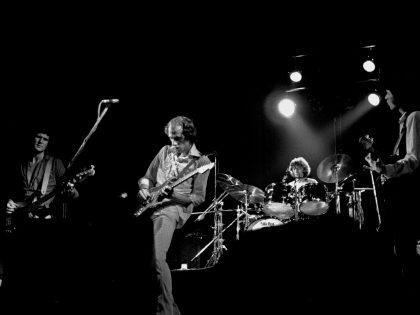 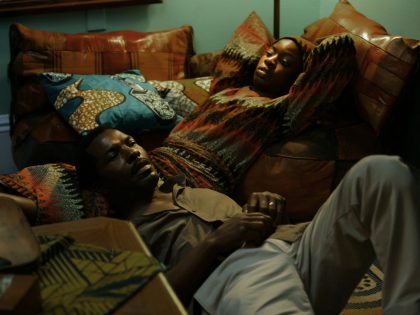 A Brief Cinematic Guide to ‘Mother of George’

The film is a complex and nuanced exploration of the questions and limits of what one will do for love, told by an unorthodox filmmaker. 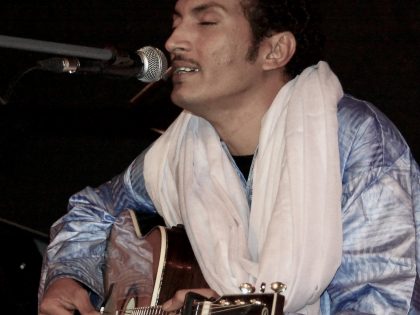 Bombino: Nomad, but much more

Bombino, the Tuareg musician from Agadez in northern Niger, wants to show the world the multiple, and often joyful sides of life in the region. 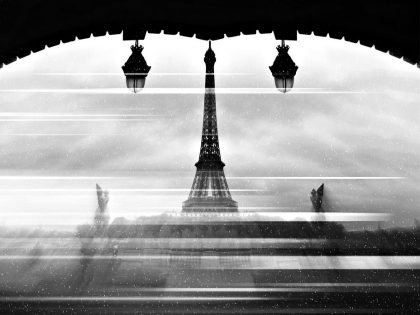 A sense of how the Malian diaspora experiences the political tensions and instability back home.