You don’t stand in one place to watch a masquerade, as Chinua Achebe famously said. It moves. You move with it. Same goes for demonstrations. On Saturday a few hundred people marched in Paris for peace in Mali. Mostly Malians, as you’d think, but also a few dozen sympathetic observers, several journalists, a well-received Senegalese woman—“Senegal for the return of democracy and peace in Mali!” read her sign—and me.

Funny day, Saturday. A little bit blustery for those who came out dressed in white, as the organizers had suggested. And events were moving fast. Back in Bamako, it looked as if the junta was on its way out, but no one quite knew when or if they would leave. One of the junta’s spokesmen in Paris marched with us, looking chilled and diminished in a white dress shirt, surely realizing his star was going to fade. As for Dioncounda Traore, the speaker of the National Assembly, he was said to be en route to Bamako to take up his constitutional role as interim president, contingent on ousted President ATT’s resignation (which happened on Sunday; he too wore white). Everyone had had nearly a week to absorb the shock of the military collapse in the North, but the main rebel movement, the MNLA, had just declared the the independence of the northern region they call the ‘Azawad.’ And then there were the sanctions and ECOWAS’ threat of military intervention….

Across town at the National Assembly, as I found out later, other people were rallying in favor of the Azawad. The “Peace in Mali” crowd ended up at the Trocadero, next to the old Musée de l’Homme and across the river from the Eiffel Tower. Still, the MNLA was present over in the 16th arrondisseement, too, if only in the chants of the crowd: “MNLA—assassins!” “MNLA—terrorists!” “MNLA—get out (dégage)!” Both in Bamako and Paris, rumors had been flying fast and furious about the imposition of some vicious pseudo-Muslim vigilantism at work in Timbuktu and Gao, and people waved signs protesting “rapes, pillaging, and violence in the North!” All this was being blamed rather indiscriminately on the MNLA, or “the rebels.” Still, when a guy hollered “Down with the Tuareg! Down with ATT!,” his neighbors shut him up fast. Nobody wanted to hear the racism, at least not out loud. And as an older lady said, “We’re not here to talk about ATT, we just want peace.” That was the most popular chant—“Peace! Peace!”—but “Mali is ours!” (“Mali kera awn ta ye!”) was the runner-up. Unity and territorial integrity were the words of the day. There were speeches, but I couldn’t hear them over the debates, the tam-tam and the jelimuso (griotte), wrapped in a Malian flag, singing into a megaphone. Everyone was earnest, but no-one was optimistic. The tam-tam didn’t quite get going, and the words of the national anthem suddenly seemed ambivalent: “O Mali of today, O Mali for tomorrow…”

As we peeled away from the demonstration and headed for the Metro, we crossed some young Senegalese men selling miniatures of the Eiffel Tower. “Why not the statue to the African Renaissance?” asked a passerby. 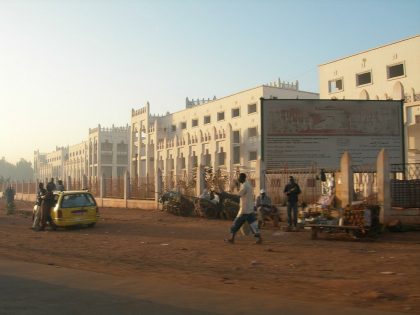 It’s worth remembering that the outcome of this election will represent stability more than change. 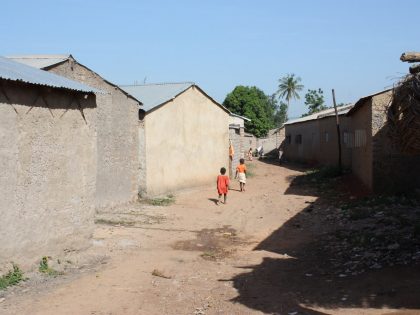 France’s intervention never offered a real solution to any of Mali’s problems, but created a set of problems to the ones this country would otherwise have faced. 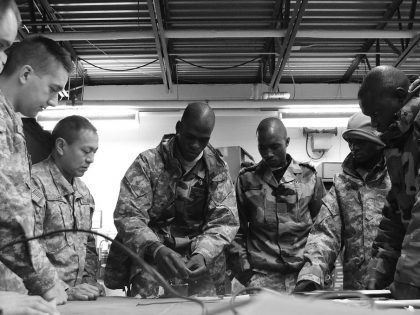 Mali’s Democracy–Down but not out

Is the adoption of a new constitution by Mali’s military regime a starting point for getting the soldiers back under civilian rule? Let’s game this out a little bit. 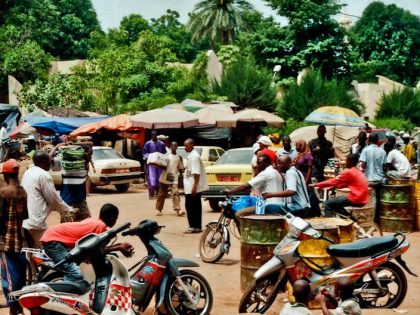 The idea that because the coup happened, it’s no longer worth taking positions on it is wrong-headed and dangerous. We should ask why, and why now.