The Observer, the Sunday edition of the Guardian, has run the puff-piece nobody else wanted: a lengthy tête-à-tête with Jason Russell of Invisible Children infamy.

It’s titled, “Jason Russell: Kony 2012 and the fight for truth” and is a dreadful, half-assed piece of reporting that seeks to help resuscitate Russell’s broken credibility.  Russell found an unexpected ally in a newspaper that is usually noisily secularist, publishing all sorts of guff by Richard Dawkins and joining in the Huffington Post-style liberal guffawing at America’s Christian right with great gusto every election season.

Memo to reporter Carole Cadwalladr: Invisible Children are an evangelical organization who are just the most publicity-hungry of the many right-wing American evangelical groups to have fixated on Uganda (and particularly Ugandan children) in recent years.

For a refresher course on Jason Russell and Invisible Children, we recommend our piece from last year: “The Invisible Christians of Kony2012”:

Filmmaker Roger Ross Williams recently put out a brilliant documentary, “God Loves Uganda,” which captures in detail the way in which American “missionaries” to Uganda with their obsession with homosexuality, have brought deep and lasting harm to the country (the film has received significant press attention — for a taster see Williams’s “op-doc” for the New York Times here).

Kony2012 was plainly part of the same project, and continues to rely on the same constituency for its base support. The fact that Russell’s professed good intentions and trendy San Diego setting blind Cadwalladr to the deeper cultural implications of his organisation is pretty pathetic,

The sun is shining, the Pacific ocean is sparkling, there is fine artisanal fair-trade organic coffee to drink just steps away, and yet all these fresh-faced shiny people are spending their days worrying about a conflict so far removed from their own lives that it seems farcical. Or at the very least heroic. They not only care, they have achieved what is supposed to be impossible: they have made other people, ordinary Americans, care.

All very luvvy. Seduced by Southern California, by new media, by Americans who “care”, Cadwalladr gloriously misses the point.

There is nothing heroic about running a cushy, big-spending non-profit that works hand-in-glove with the CIA and the US military. Russell’s central proposition – parroted by Cadwalladr – that he has succeeded in making Joseph Kony famous, is completely absurd. The man has been the ICC’s most-wanted since 2005, and was globally notorious many years before that. As usual, there’s no mention of the fact that the US, alone among Western nations, still won’t ratify the Rome statute – why would that be relevant?

Critics of Kony2012 are caricatured and dismissed as vicious online bullies of a well-intentioned chap who tried to organize America’s teenagers to take part in the world’s biggest manhunt.

Cadwalladr hasn’t done a whole lot of thinking about Kony2012 and race, and she is clearly absolutely ignorant about Uganda. Teju Cole’s piece for The Atlantic, “The White-Savior Industrial Complex”, gets an unknowing shout-out by Russell himself; Russell seems to have been baffled by it and he preferred when Bono said he should get an Oscar). Cole is dismissed by fellow-novelist Cadwalladr as “one Twitter commentator.”

There are no hard questions. Nothing, for example about why Invisible Children’s wonderfully hubristic “Move:DC” campaign was such a bust (for a media campaign, nobody reported on it and so it passed by unnoticed), just like their “Global Summit” of world leaders like Harry Shum from the TV series, Glee, and “Cover the Night” before that.

We’re used to the Guardian’s big weekend interviews not being great. Remember the last time? When Decca Aitkenhead met up with Christine Lagarde? If The Guardian or The Observer are serious about getting American readers, they have to stop with the puffy, single-sourced interviews and start carrying properly reported profiles. 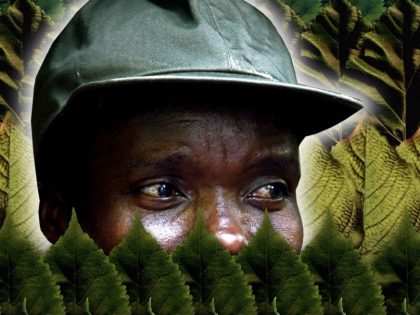 Nine conclusions we can draw from the hype machine that was the viral advocacy campaign, Kony 2012. One of them was that ordinary Ugandans saw right through it. 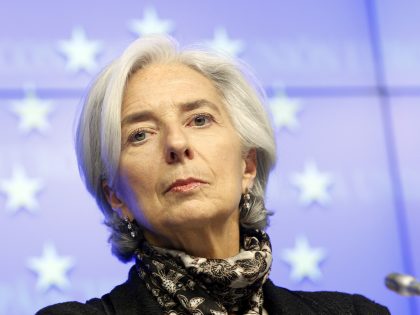 Journalists rarely ask the IMF chief technocrat to consider whether or not she gives any kind of a shit about the people who are getting screwed by her “austerity” agenda. 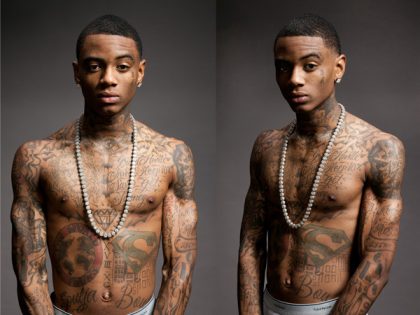 It has come to this. Musicians, especially rappers, had to wade in on the American social media campaign to “Make Kony Famous.” 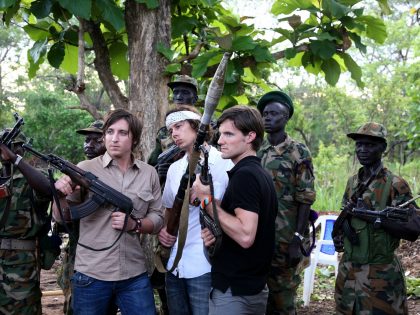 The power to choose on social media who is to be the next target of America’s moral manhunt, all with the benediction of a panel of biddable celebrities.