Joyce Banda of Malawi is the newest president of an African country and only the second sitting African president who is a woman. Banda follows Empress Zewditu of Ethiopia, Carmen Pereira of Guinea Bissau and Ellen Johnson Sirleaf of Liberia.  Before Joyce Banda, Johnson Sirleaf was the only one female President of an African country to be democratically elected. Carmen Pereira, in 1984,  was the second female President ever in Africa in 1984. She was in the position in an acting capacity lasting just three days. Not surprisingly, Banda is getting all the love for her achievements. So what if her ascendency came about due to the death of an aging president and his politically weak, colluding brother? There is also much chatter online about Malawi’s new First Gentleman, retired Chief Justice Richard Banda, with whom Madame Banda has two children. However, the Senegalese might suggest that their country’s new first lady, Marieme Faye Sall, represents a “bigger” deal in how her move to the presidential palace breaks with Senegal’s political history after independence.

Madame Sall’s husband, Macky, has just been elected as President of Senegal. Madame Sall’s significance lies in the fact that she is the first woman of Senegalese birth and ancestry to become First Lady of Senegal. Previous First Ladies have either been French or in the case of Madame (Abdou) Diouf of Lebanese descent. This has made Madame Sall a sensation, especially amongst Senegalese women; this is the first time they are seeing someone they recognize as one of their own in the presidential palace. Some more poetic accolades for her—within Senegal—have included “daughter of the land,” “a committed housewife,” “real Senegalese lady,” and “future burner of thiouraye (a secret mixture of oils, perfumes, seeds and fragrant wood used as a body [perfume], with an exotic, sweet, spicy, herbal aroma) and harbinger of Africa-ness to the state residence.” Top that if you can, Madame Banda.

Some Senegalese women hope that seeing Madame Sall by the president’s side will send a message to their men: They do not need to be married to a “white” French woman before they achieve success in the country. Another important dimension of her ascendancy is the fact that she is a Muslim. All three previous First Ladies of Senegal were Christians in a nation that is 90% Muslim. Madame Sall’s carefully constructed story includes her having always been there as a support pillar for her husband, leaving her university studies to tend to his career and well-being, and having his children.

While many may applaud this ‘traditional’ persona, others may decry it as a backward step for African women. In reality most Senegalese women already find themselves doing non-traditional jobs in order to support their families. “Drop out of school and support your husband … and you too could be First Lady someday.” We all know not all men are as honorable as Mr. Sall has turned out to be, and that not all marriages turn out to be so rosy. The world of African leaders is awash with stories of those who switched partners for “better-suited” mates once success arrived. Case in point: ex-president Ben Ali of Tunisia and his wife “Leila”. In addition, both Joyce Banda and Ellen Sirleaf Johnson (current President of Liberia) suffered abusive marriages and subsequent divorces. Yet, they both ended up as presidents of their countries. Dropping out of school to support your husband might not necessarily be the wisest of choices these days. Hopefully, the new First Lady of Senegal can impress the importance of education on the women of her country: “Stay in school and you can become President (not just the wife of the president)!”.

Another point in the public Marieme Sall narrative is the idea that she does not get involved in politics and just supports her husband by serving tea and drinks to guests. However, people with knowledge of the inner workings of Senegal’s government know differently. She was allegedly very outspoken during her husband’s 2004-2007 term as Prime Minister and is said to have personally interfered in the careers of many in her husband’s government, for better or worse. Apparently, after her husband fell out with ex-President Wade and lost his position, Madame Sall was said to have been humbled and steered clear of the political scene to date.

The adage “power corrupts and absolute power corrupts absolutely” might be giving some people second thoughts about her though. Can a leopard change its spots? Can Disney stop making terrible animal animes about Africa? Wait and see. One can only keep one’s fingers crossed and hope that the Sall clan learned from previous misadventures and predecessors (think Abdoulaye Wade and his son Karim), and do not disappoint the people that voted them into power. We would hate to think of all the Senegalese women out there who would be brokenhearted if they found Madame Sall to be the exact opposite of the “good Senegalese woman” script being sold to them. But must a potentially powerful woman like Marieme Faye Sall be limited to two scripted positions: Lady Macbeth on the one hand and submissive Charity Supporter on the other? 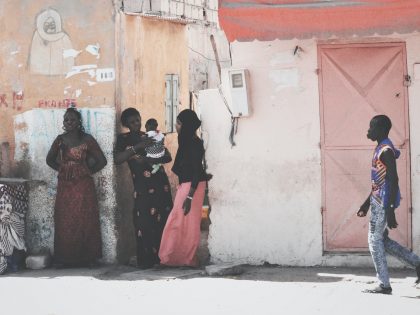 People see women as enemies of the nation

Recently, gender-based violence has entered Senegal’s national conversation. But are people only paying lip service? On the AIAC Podcast we discuss women and the nation. 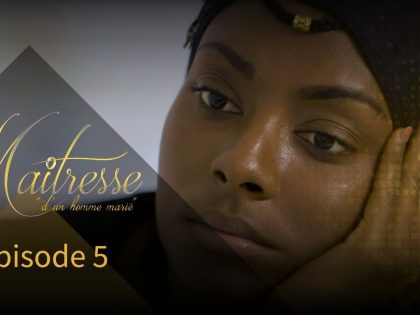 Religious authorities in Senegal are organizing protests against a popular TV series. The outrage could be related to the challenges the series provokes of the “proper” place of women in society.