If you’re wondering what took us so long to say something about South African rapper Spoek Mathambo’s new music video — for his cover of Joy Division’s “She’s Lost Control” [corrected], well, we can’t make up our mind about it. The video, got a lot of attention when it first came out in late February as it was directed by Spoek’s fellow countrymen, celebrated photographer Pieter Hugo and Michael Cleary (cinematographer of ‘Not everything was cool back then‘). Hipster blogs and mainstream Western media love the video, though we don’t learn much from them beyond repeating the PR copy.

First up the positives: We’re fans of Spoek Mathambo, whether it’s his music or his far-out blog.  As for what he did to the original tune: Spoek infused a nice South African flavor into it, which makes us appreciate both songs more. The choice of cover also makes sense. Spoek has spoken about his admiration for Joy Division’s music elsewhere: “… I am into Joy Division more than rap … I went from being super into rap my whole life, to a point where I was specifically anti-rap, and then into obscure and avant-garde jazz. When I was probably twenty-one, I got 10GB of music which opened me up to this world of white music that had been hidden from me my whole life.” 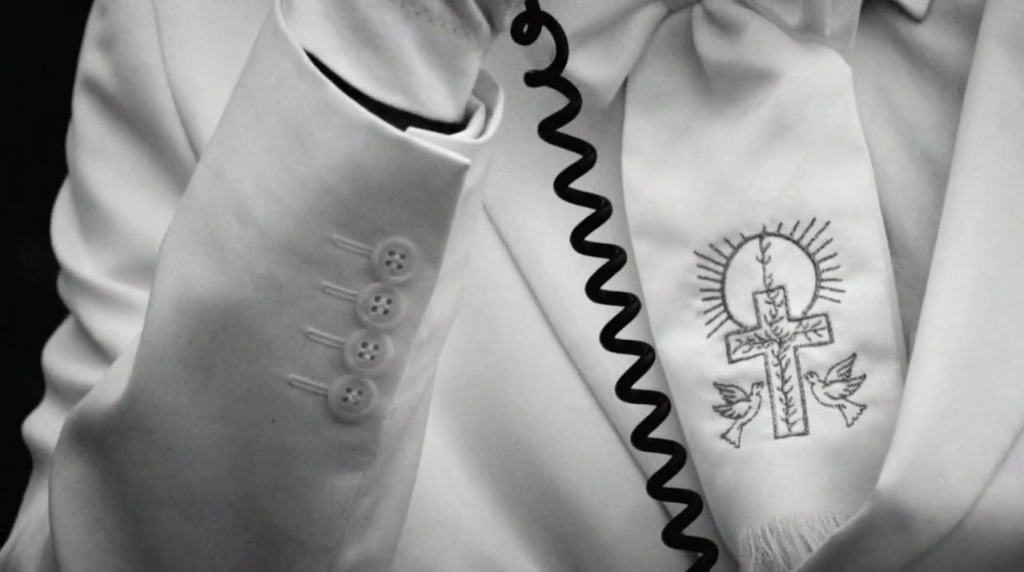 Still, like most things, the video left us with more questions than anything else.

The selling point of the video is that it depicts the world of “township cults and teen gangs.” That sounds interesting, but we don’t see much of that in the video. Instead we get kids — apparently members of a Langa, Cape Town-dance troupe (“Happy Feet”)– and Spoek. And lots of chalk-blowing. Also, we wondered whether the trance-like dancing featured in the video is really that big in Langa (or any other Cape Town neighborhood).

More generally, we’re trying to figure out why it is that the videos that generally become popular outside of South Africa and that enters popular “hipster” circles or sites based in North America and Europe (every taste-maker site has posted this video), tend to be those that tick one or all the boxes of what appeals to us about our Dark Other: if it’s not poverty and the crying and dying show, Africa is voodoo, (black) magic, primitivity, and all that is inscribed within the realm of the “unknowable.” Though not as layered as Spoek’s “Control” video, Die Antwoord’s latest attempt at attention, “Rich Bitch” is a case in point.) 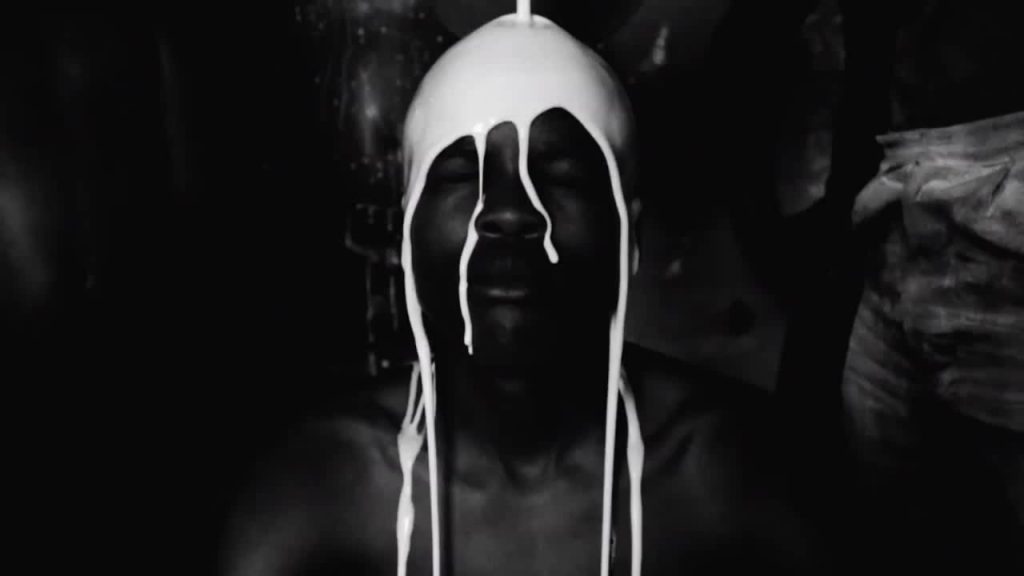 We detect Hugo’s hand in the direction of the aesthetics in “In Control”: the South African photographer, remember him for his Nollywood images, co-directed the video. His characteristic interest in creating visual links between the surreal, blackness, and the occult are rehashed here, in moving images. Here, the boys and girls of Happy Feet become cut-throat child-soldiers/zombies in an other-worldly, bombed out apocalyptic landscape, dabbling in the occult and snuff-games. The black-and-white island of order-disorder is remarkably absent of adults, and death looms as large as the Christianity offered by Spoek–the sole adult here, luminescent in white, marked with the cross. In one frame, the boys shave an initiate’s head: the wall behind is inscribed with the message: “OUT OF ORDER.”

We get it: Nollywood-surreal is a big reference and inspiration in these videos. But we question whether Nollywood retains a sustained interest amongst hipsters beyond the first-encounter aesthetic rush. While we too responded as gutturally and instinctively as any viewer — after all, we also live in the same soup of Africa-images, and find the visual noise just as arresting as we are meant to — we wonder about Spoek’s choice to pander to the base expectations. Especially when his whole oeuvre seems to point towards finding a new conversation, not type.