Veteran (he was born in 1932) Yale University political scientist James Scott, who admits to never reading his discipline’s premier journal,  The American Political Science Review, has on the workings of academia in an interview with Peter Schouten’s Theory Talks blog. For those who unfamiliar with political science, Scott wrote the classic books:  Domination and the Arts of Resistance (1985), Weapons of the Weak: Everyday Forms of Peasant Resistance (1980) and Seeing Like a State: How Certain Schemes to Improve the Human Condition Have Failed (1998).

Scott starts by talking about the tenure review process and publishing:  … [H]ow important is it to publish [peer-reviewed] articles? A colleague of mine reported how many people actually read academic articles—and the number on average was less then three. So the majority of article publishing is essentially a vast anti-politics machinery put together to help people get tenure, and that holds even for peer-reviewed articles.”

This makes him quite dismissive of how anti-intellectual tenure is: “Professional advancement depends increasingly on a kind of audit system for number of peer-reviewed articles et cetera, a kind of mechanical system that is an anti-politics machine, an effort to avoid making qualitative judgments about how good something is.”  But he is only getting warmed up:

It is something particularly common to democracies, where you have to convince people you are objective, you’re not playing favors, there are no qualitative judgments, and it’s just comparing the numbers. So, if you are producing an article, and it’s going to be read by three people, then why are you doing this in the first place?”

He ends with some career advice for young academics:

You should find another line of work, where you have a little impact on the world. If you’re doing it to please the discipline looking over your shoulder, it’s going to be alienated labor, and I fully grant it is more difficult to make your way if you want to do it otherwise. It’s easy for me to say, because I came along at a time when there was this romance about the third world—anything on the third world was likely to get published. So I am conscious of the fact that life was easier for me than it is for students today. But on the other hand: unless you prefer a clerical nine-to-five job in which you put in your hours, you might as well be doing something exciting even if it’s harder to sell. 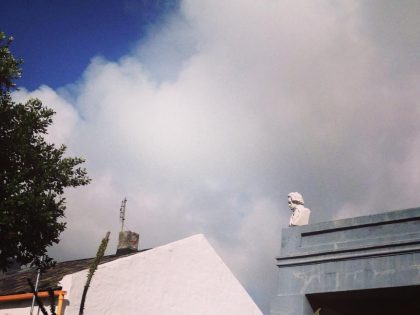 Economics has an Africa problem

There is an established tradition in Economics of talking about Africa from afar, western scholars leading the discussion.